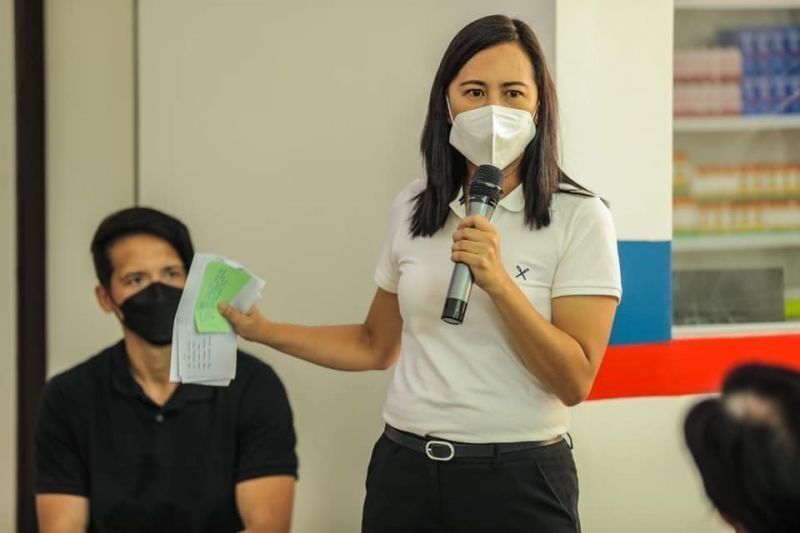 MANILA, Philippines — Quezon City Mayor Joy Belmonte refuted allegations made by Rep. Mike Defensor (Anakalusugan party-list) that city hall rejected a request to use an area of the Quezon Memorial Circle for a political event because of bias.

Belmonte, in a virtual conference, clarified the city government did not reject Defensor's request to use an activity center at the Quezon Memorial Circle on December 8.

The mayor said she did not think the city government's response would offend Defensor. She mentioned that their office gave a response to Defensor’s request for use of an "activity area" at the Quezon Memorial Circle by saying they could use a city-owned covered court instead.

Belmonte added that she was "shocked" that the city's quick response would be "misconstrued as having rejected the proposal without clarifying exactly what that activity center was."

Defensor is running for mayor of Quezon City, where Belmonte is seeking reelection.

Request to use ‘activity center’

Defensor accused Belmonte of rejecting their request to use Liwasang Aurora in the Quezon Memorial Circle and claimed "harrassment" against a rally for presidential aspirant Ferdinand “Bongbong” Marcos Jr. and Davao City Mayor Sara Duterte-Carpio.

Lawyer Ari Ancheta, from Defensor’s team, said they sent a messenger to the administrative office of the Quezon Memorial Circle on November 25 and were told that the Liwasang Aurora is free on December 6 to 9. They wrote a letter on the same day, which Belmonte’s office received the following day.

The first letter sent by Defensor, as shared by Belmonte, stated that they are requesting assistance from the Quezon City Mayor’s Office in procuring permits for an event that the Malayang Quezon City organization is preparing.

"The said event will involve a motorcade around Quezon City on 8 December 2021, which will culminate in a ceremony inside the activity area of the Quezon City Memorial Circle," the letter, which the Mayor’s Office received on November 26, read.

Defensor also showed the same letter in the interview posted on his Facebook page.

LOOK | QC Local Government clarifies the claims made by Mayoral aspirant, Mike Defensor that they “blocked” an event for the Marcos-Duterte tandem through copies of the letters exchanged. @News5PH@onenewsphpic.twitter.com/xIMn42Q5Sl

On the same day, Elmo San Diego of the city's Department of Public Order & Safety wrote to Defensor referring to the latter’s letter "for the use of the Quezon Memorial Circle Covered Court on December 8" for the event they are putting up.

The letter from San Diego, a retired police general, also stated that the QC government does not object to the request, so long as health protocols are observed.

On November 29, Defensor wrote to Belmonte and sought reconsideration that they may be allowed to use Liwasang Aurora instead of the basketball court, asserting that they made it clear that they wanted to use the prior venue when they talked to the administration of the QC Circle.

“We were therefore surprised a day after when the same staff told us that the Liwasang Aurora was booked for the whole December by the Quezon City local government,” Defensor said in the interview.

On Tuesday, San Diego replied to Defensor saying that if his group will insist on using Liwasang Aurora, they would need to have a coordination meeting to ensure the observance of health protocols.

"The area that you requested, the Liwasang Aurora, is a Child-Friendly Safe Zone, which is reserved for children and their families to enjoy quality time with each other," San Diego's letter read.

He added that there are still many unvaccinated children and that there might be a risk of exposure.

Lawyer Niño Casimiro, city attorney, also said that the letters would prove that they are not blocking anything.

"There is nothing being blocked, the QC government has not issued any denial. It is wrong to say that because you can see that they are the ones thanking [us] for prompt action," Casimiro said in Filipino.

Belmonte also said they have already asked the Department of the Interior and Local Government for guidelines for political rallies. She said the DILG replied that these are still being crafted since the campaign season has yet to start.

She said a meeting has been set with Defensor on December 2 to discuss safety guidelines for the planned rally. The DILG will attend the rally to align safety guidelines, the mayor also said. — Kristine Joy Patag with reports from News5/Martie Bautista