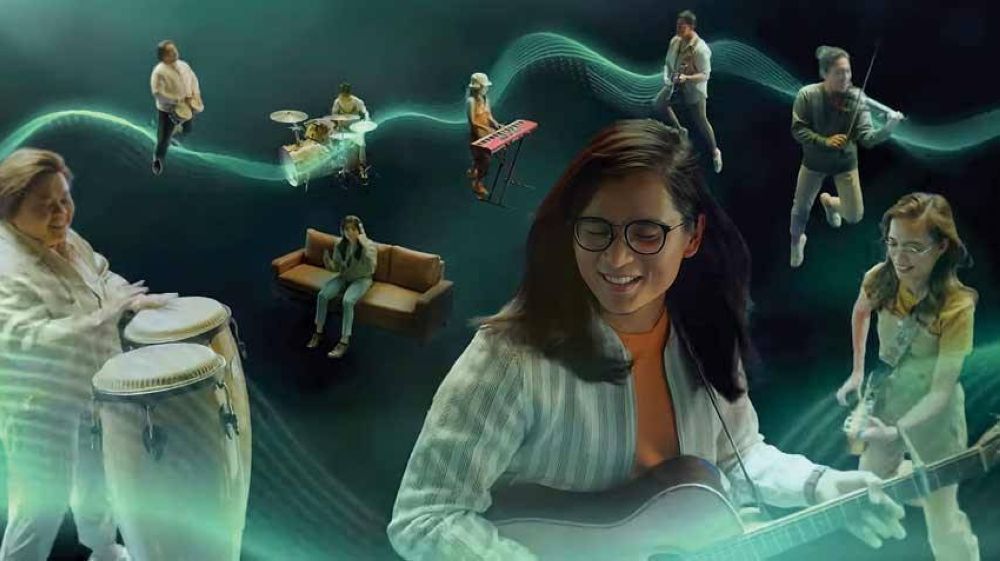 The Philippines' most famous musical act, Ben&Ben, is taking their music and fans to a whole new level of listening experience with Apple Music's Spatial Audio. Locally, the platform is powered by mobile services provider Smart Communications, Inc.

The company unveiled this latest campaign featuring the proudly Filipino act as the headlining group in a web-based concept that allows subscribers to listen in surround sound using compatible headphones and earphones. The service delivers an out-of-this-world listening experience apart from the Lossless Audio feature that upgrades the listening experience to an entirely new level.

After expanding themselves from a Folk Pop songwriting duo composed of twin brothers Miguel and Paolo Benjamin into a full band, Ben&Ben released their debut LP, Limasawa Street, in 2019. The album became a triple-platinum hit in the Philippines, selling over 45,000 copies.

Since then, the group has won several awards, including multiple Awit Awards, Myx Awards, and Wish Awards and has been ranked as the most-streamed Filipino artist in the country.

Apple Music now boasts a library of over 90 million songs—and counting—from all your favorite musical artists and acts spanning every genre possible, whether Western pop, K-Pop, Pinoy Pop, and more. Setting it apart is how this extensive catalog of tracks is all in high-quality Lossless Audio, capturing every note and element and delivering them in a crisp, clear sound that elevates the listening experience.

Smart subscribers can easily avail of a six-month trial subscription to Apple Music by downloading the GigaLife App and activating the Apple Music offer on the app's home screen. The rest of the instructions are then made available to them.