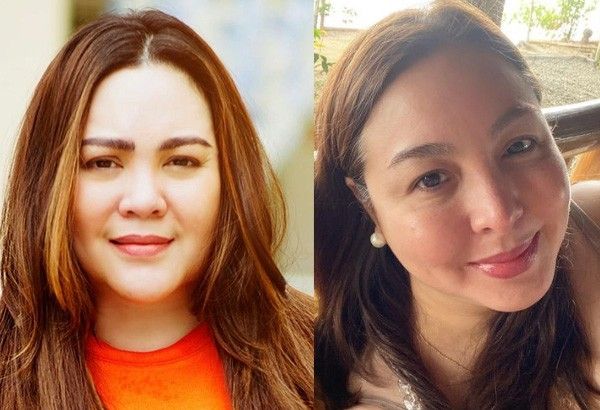 MANILA, Philippines — Seems like all is well now between sisters Claudine and Marjorie Barretto.

During the virtual press con of her new movie “Deception” with Mark Anthony Fernandez yesterday, Claudine shared that she has reconciled with her sister Marjorie and they celebrated New Year’s Eve together.

“The Optimum Star” also revealed that their mother, Inday Barretto, just got out of the hospital three days ago after being confined due to COVID-19.

Claudine is headlining the movie “Deception,” which is directed by Joel Lamangan. It is her reunion movie with ex-beau and former love team partner Mark Anthony.

Even though the two have reunited on-screen, their new movie is not at all a romantic movie though.

“Deception” is a drama-mystery that tells the story of Rose (Claudine Barretto), a famous actress, and Jericho (Mark Anthony Fernandez,) a stunt double, who fell in love and got married. With a son named Thomas, it was already a perfect life filled with love. But what could have been a promising future for their family starts spiraling down after Rose became convicted for killing her husband and was sentenced to 10-year imprisonment.

The two shared what it’s like working together again.

“Working with Mark is very easy, and we really have a good rapport,” Claudine said about Mark.

This is also Claudine’s movie comeback after her six-year break from acting.

This film is from award-winning director Lamangan, and produced by Viva Films and Borracho Film Production. “Deception” can be streamed exclusively this January 28 on VIVAMAX Philippines.