‘Best trainer in the world’: Pacquiao greets Roach on birthday 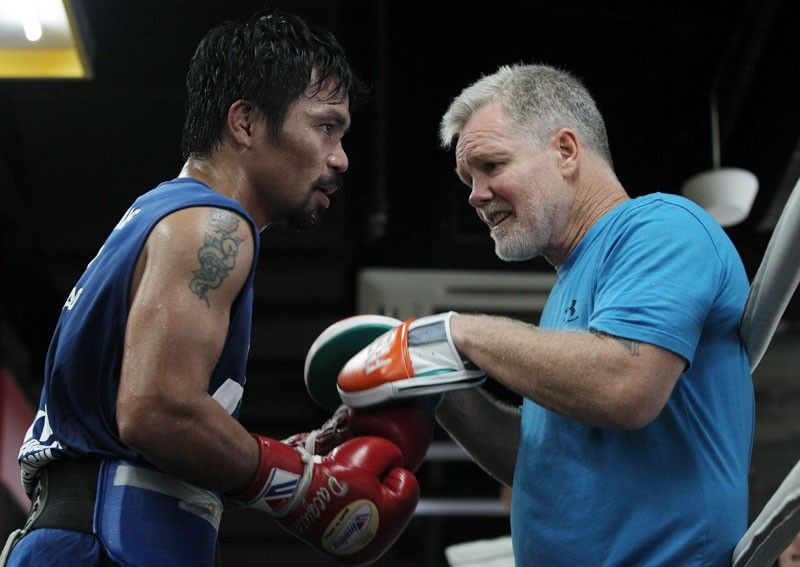 MANILA, Philippines — Senator Manny Pacquiao had nothing but high praise for his long-time coach and mentor Freddie Roach as the latter celebrated his birthday on Friday (Saturday, Manila time).

Going on Instagram, the eight-division world champion celebrated his trainer since 2001 with photos of the pair throughout the years.

"Happy birthday to the best trainer in the world, my mentor, my bestfriend," Pacquiao wrote.

Roach, 61, has been instrumental in Pacquiao's rise to legend status but also cemented himself as one of the best cornermen in helping the Filipino senator achieve most of his success in the boxing ring.

Roach and Pacquiao would hit a snag in their relationship following the Filipino boxer's loss to Jeff Horn in 2017, where the trainer was unceremoniosly casted to the sidelines.

However, the pair reunited in 2019 when Pacquiao faced Adrien Broner and have been together again ever since.