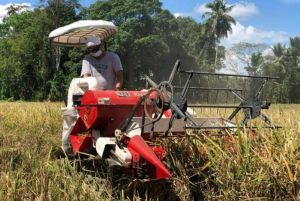 MAJOR problems plague Philippine agriculture, which needs more attention from those hoping to be in the next government. This campaign season, we hope to hear better platforms for this sector. So far, the candidates have offered mostly general statements such as pledges to help farmers. Others, meanwhile, propose protectionist policies that would harm the country. And as usual, few mention details.

One problem is low productivity. About half of the population lives in rural areas, and yet, agriculture contributes only 9.4 percent to the total economy or gross domestic product.

With this, perhaps more public spending is needed on infrastructure like irrigation systems, farm-to-market roads and post-harvest facilities. The government should also allocate more funds for research and development (R&D) projects of colleges and universities with agriculture programs.

Additionally, the next government should strengthen farming cooperatives. Land reform has fragmented the sector, and that well-meaning policy to help farmers own their own property has compromised their competitiveness. With small lots, farmers cannot achieve economies of scale.

Working together in groups may be a remedy for that. But in order for their cooperatives to be successful, farmers need management training and other professional skills to handle finance, marketing and even R&D.

Meanwhile, the next government should resist protectionist policies. Restricting or limiting imports will be harmful in the long run because farmers are not compelled to innovate or become more efficient. Also, consumers will end up paying more for commodities that are not necessarily superior in quality.

Of course, we all should help farmers because of their vital role in society. But doing so requires being selective in the agricultural activities to pursue or support. The government should back only those endeavors that give Filipino farmers a comparative advantage. Meanwhile, safety nets should be targeted to help those in inefficient parts of the sector transition into something else more lucrative.

Lastly, the next government should spend more on agriculture. At a recent virtual forum, organized by Colegio de San Juan de Letran, Federico Pascual, president of the Management Association of the Philippines, said the country's allocation for agriculture is only 1.7 percent of the national budget. Other Southeast Asian countries devote a higher share to their agriculture spending.

The next government should also resist populist measures such as dole-outs to farmers. The amounts to be given are likely to be insufficient and unsustainable over time.

Surely, there are better ways to help farmers. Life for them is so hard that many discourage their children from also going into agriculture. This is supported by the declining enrollment in agriculture and related programs offered by state colleges and universities across the country.

There are more lucrative and less physically demanding career opportunities now available for the next generation. Many of them also choose to take on labor-intensive job opportunities abroad because of the higher pay.

The bad side of having those employment options is that the pool of Filipino farmers is being depleted. In other words, our farmers are aging. Based on reports, their average age ranges from 57 years old to 59 years old. In contrast, the Philippines has a young population with a median age of about 25 years.

Related to that, Secretary William Dar of the Department of Agriculture warned last year that the Philippines may face a critical shortage of farmers in about 12 years. That may be alarming, but it does not seem to capture public attention. The shortage does not seem to be enough of a concern for the incumbents and those running in the upcoming elections.

While we are for trade liberalization, this cannot be a substitute for the entire agriculture sector. Its deterioration harms most of the poor, who live in rural areas, and comprises food security for the entire country.

As such, agriculture deserves to be talked about meaningfully this campaign season. And for impact, the candidates should spare us from platitudes.