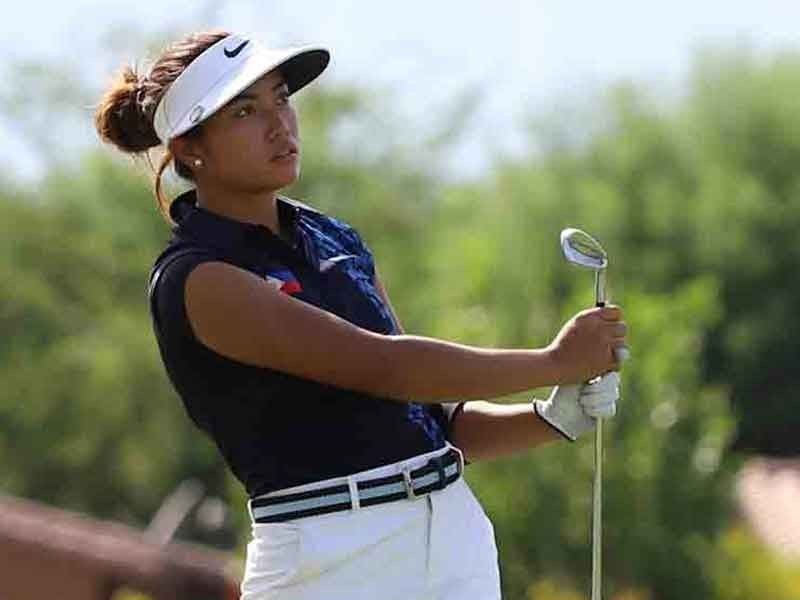 MANILA, Philippines — Bianca Pagdanganan faced her biggest challenge in a rookie campaign, hobbling with a seven-over 78 and in danger of missing the cut in the Volunteers of America Classic paced by England’s Charley Hull at the Old American Golf Club in The Colony, Texas Thursday.

The 23-year-old LPGA Tour driving leader has made it past the elims in her first seven LPGA tournaments but she came in ruffled by the cold wind and bogeyed the first three holes.

She birdied the par-3 No. 5 but after negating her fourth bogey on the eighth with another birdie on the next, it was all struggle for the power-hitting Filipina, who came into the event hoping to build up some momentum and gain confidence heading to next week’s US Women’s Open in Houston.

But the par-71 layout’s backside proved a lot tougher as the ICTSI-backed ace dropped another stroke on the 10th then yielded four strokes in a three-hole stretch from No. 13, marred by a double-bogey mishap on the 14th.

"(Course) Not really hard but conditions just made it hard. Windy and very cold," said Pagdanganan.

Hull bucked the tough conditions and gunned down six birdies against three bogeys for a 68, one stroke ahead of Americans Jennifer Kupcho and Jessica Korda and Thai Pornanong Phatlum, who all carded 69s.

Pagdanganan, who posted a young career-best third place finish in the LPGA Drive On in Georgia after sharing ninth place in the KPMG Women’s PGA, one of the Majors, in Pennsylvania, both last October, actually didn’t fare bad off the mound, missing just three fairways despite slowing down with a 257-yard norm, way off her Tour-leading 286-yard average. But she struggled big-time on her way to the green, hitting just five in a punishing day.

She, however, finished with 26 putts although she will have a lot of recovering and catching up to do in an attempt to keep her run of consecutive cuts made in the world’s premier ladies circuit.

Share
Previous Fil-Am to suit up for Ivy League, NCAA Division I Princeton volleyball team
Next Thai ace Kiradech back in action at Mayakoba Golf Classic