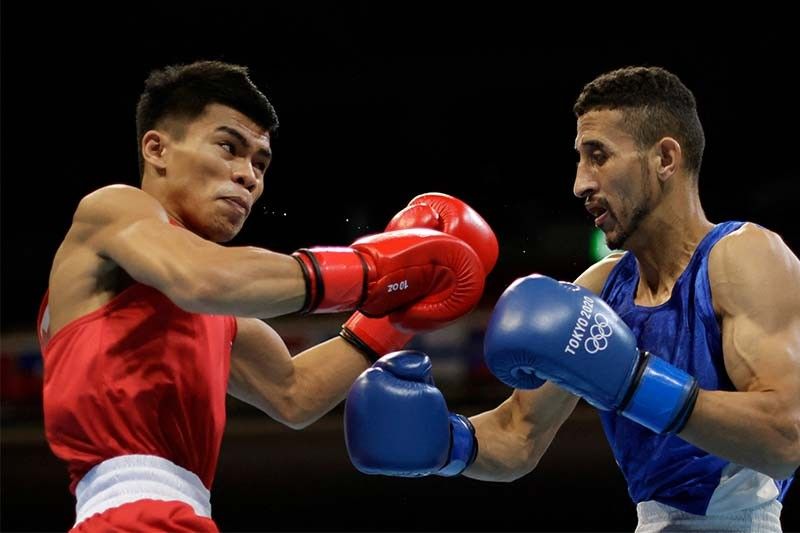 MANILA, Philippines — After years of debate, the Senate on Monday unanimously approved on third and final reading Sen. Manny Pacquiao's first pet measure, which seeks to create a boxing and combat sports commission.

Senators voted to approve Senate Bill No. 2077, or the Philippine Boxing Combat Sports Commission Act of 2021, following lengthy interpellations earlier this year and even lengthier interpellations of an earlier version of the bill in 2017.

Sen. Pia Cayetano, in particular, questioned the proposal's P150-million price tag, noting that the funds might be of better use allocated towards the government's pandemic response.

Cayetano, a triathlete herself and a vocal advocate of athletes in the legislature, also questioned creating a separate agency for boxers and other combat athletes when the Games and Amusements Board already performs similar functions.

She also noted that the P150 million sought by boxing icon Pacquiao was equivalent to the GAB's entire budget.

Before Cayetano, Senate Minority Leader Franklin Drilon in 2017 grilled Pacquiao over the bill, which was filed as early as 2016. Drilon's interpellation of Pacquiao also saw the veteran lawmaker schooling the boxer-turned-politician on the basics of legislation.

The bill passed in 2018 but did not become law and Pacquiao had to refile it in the 18th Congress.

What's in the bill?

The bill stipulates that the GAB's boxing and contact sports division will be abolished when the commission is formed, with its powers absorbed by the newly-formed agency.

Despite senators' prior concerns, funding for the new agency will be included in the yearly national budget. Pacquiao last week, however, accepted a proposed amendment from Cayetano that would allow the commission to accept donations from the private sector for the agency's welfare development trust fund.

Share
Previous ‘Really bad timing’: How an Alberta cancer patient has been riding the waves of COVID-19
Next Alberta health-care system ‘collapsing,’ unions say in letter asking for military’s help