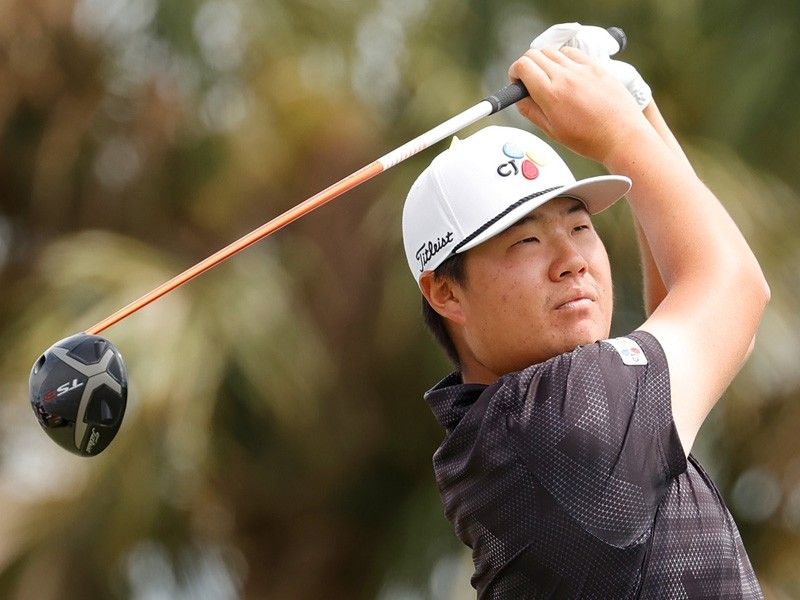 Korea’s birdie-machine Sungjae Im plans to cement his reputation as a match play expert with a strong showing in the World Golf Championships-Dell Technologies Match Play starting on Wednesday.

The 22-year-old makes his debut in the US$10.5 million, 64-man field tournament at Austin Country Club with every intention of utilizing his aggressive style of play to help him become Asia’s first winner of the event, which sees a welcome change from the traditional strokeplay format on the PGA Tour this week.

After a stellar Presidents Cup debut in 2019 where he delivered 3.5 points for the International Team which included a convincing 4 & 3 Singles win over Gary Woodland, Im hopes to remain in the competition until Sunday for the all-important Championship match. He led the Total Birdies category on Tour in 2019 (480 birdies) and 2020 (390 birdies) and currently leads the category with 286 birds so far this season.

He has been drawn into Group 16 alongside Victor Perez, International teammate Marc Leishman and Russell Henley, with the round-robin group winner progressing into the single-match knockout stage. Other Asians in this week’s elite field headlined by World No. 1 Dustin Johnson and defending champion Kevin Kisner, include Korea’s Si Woo Kim and Japan’s Hideki Matsuyama.

Kim, who earned his third PGA TOUR title in January and fresh from a top-10 at THE PLAYERS Championship, is in Group 5 with current FedExCup points leader Bryson DeChambeau, Tommy Fleetwood and Antoine Rozner while Matsuyama will face Patrick Cantlay, Carlos Ortiz and Brian Harman in Group 10.

Im has a chance to live up to his nickname, the “Ironman”, as any player who harbors dreams of winning the tournament will be required to play seven matches in five days.

“In match play, I have to focus on every hole. I need play well to beat my opponent. That is the main difference between match play and stroke play. In stroke play, every hole’s score matters, but in match play, if I lose one hole, I can make up in the next hole. I still have a chance to compete with my opponent, so I need to keep my focus and the strategy is different.”

He recalls the bittersweet experience at the Presidents Cup at Royal Melbourne in Australia in December 2019, which is one of the highlights of his burgeoning career. Although he was the joint top scorer for his team, the Internationals narrowly lost 16-14 to the United States Team led by Tiger Woods.

“At that time at the Presidents Cup, I was in good form. I felt great and the conditions were also great. I had the confidence that I could beat anyone in that field,” said Im, who enters the week following a T8 in his defense of The Honda Classic on Sunday.

Asia’s closest challenger the history of the WGC-Dell Technologies Match Play was Japan’s Hideto Tanahira who qualified for the Semifinals in 2017 before losing 1-up to eventual winner Dustin Johnson. Tanihara had beaten the likes of Ross Fisher, Paul Casey and Jordan Spieth en route to the weekend rounds. In 2018, Thailand’s Kiradech Aphibarnrat made it through to the Quarterfinals but lost to eventual champion Bubba Watson while in 2019, China’s Haotong Li qualified for the fourth round but fell to eventual winner Kevin Kisner.

Johnson enters the WGC-Dell Technologies Match Play as the top seed for the fourth consecutive year and will look to add to his 2017 title at Austin Country Club. He will go up against Kevin Na, Robert MacIntyre and Adam Long in the group stages. Defending champion Kevin Kisner,, who won the 2019 event as the No. 48 seed, will begin his long-awaited title defence, joining recent PLAYERS champion Justin Thomas, Louis Oosthuizen and Matt Kuchar. Kisner defeated Kuchar, the 2013 champion, in the 2019 Championship match, 3 & 2. Oosthuizen has also advanced to the Championship match at Austin Country Club, falling to Jason Day in 2016.