BLACK Saturday is a day for somber reflection as Christians contemplate the miracle of resurrection that Jesus had promised.

“After His crucifixion, Jesus was laid in a nearby tomb, and His body remained there the entirety of Holy Saturday,” Fr. Peterson Tieng of the Lorenzo Ruiz Mission Society, parish priest of the San Jose de Trozo, Tondo told The Manila Times.

“I believe Jesus' greatest suffering for us wasn't Friday but Saturday. Whatever happened on that day for Jesus was far worse than anything we could ever imagine. And maybe the disciples' silence on that day is evidence of their own torment,” said Tieng as he noted that the Gospels tell little about what happened the day after Christ's crucifixion on Calvary. 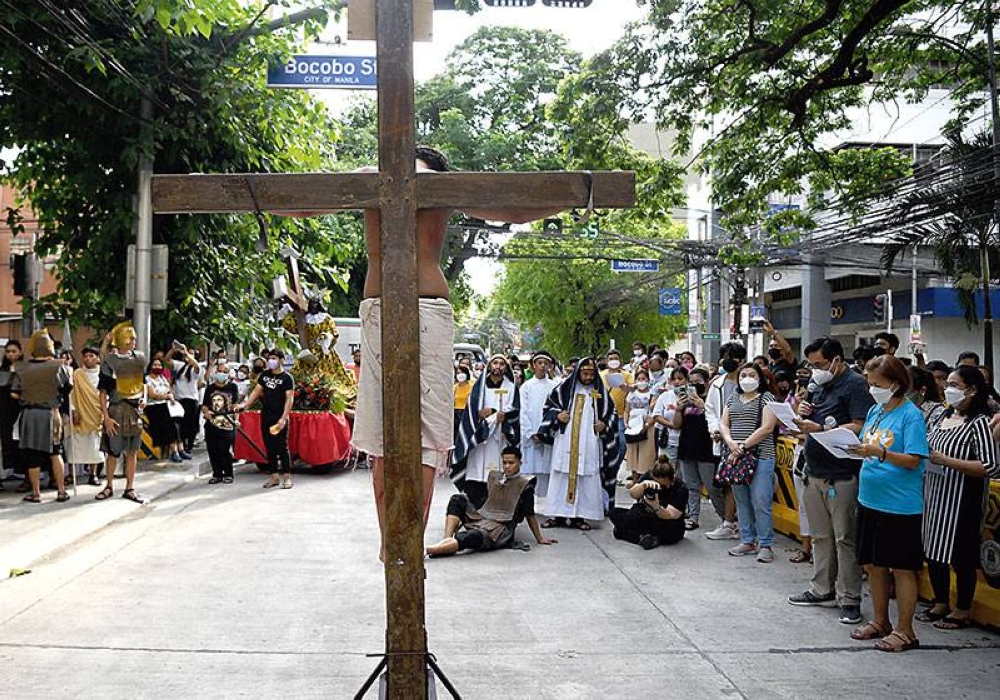 NO GREATER LOVE Roman Catholic devotees reenact the passion and death of Jesus Christ as part of the Holy Week observance along a street in Manila on Good Friday, April 15, 2022. Catholics believe that because God so loved the world, He sent his only son to bear the burden of mankind’s sins and die on the cross for them. AFP PHOTO

The Gospel of Luke recounts that after Jesus died and His body was taken away, the women from Galilee followed and saw the tomb where His body was placed. Then they went home and prepared spices and ointments to anoint His body.

“One would imagine that the hours between arriving at the tomb must have been filled with tears of sorrow, yet glimmers of hope that indeed He would do as He said on Sunday,” said Tieng.

He said Jesus's followers and family also held a vigil for Him outside the tomb, awaiting His foretold resurrection.

As the preparation of the hearts of those mourning after the death of Jesus on the cross took place that Saturday, Tieng said the faithful too can prepare their hearts for the joy that is to come on Easter Sunday.

“Taking part in that joy can include leaning into what He has to share to our hearts on Holy Saturday,” he said. 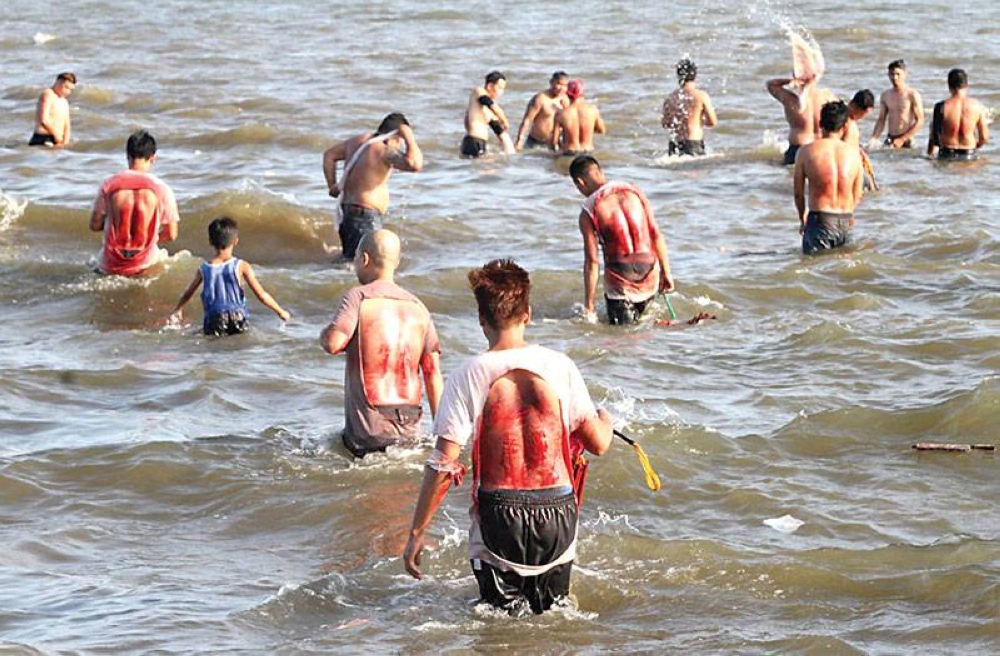 BLOOD BATH Flagellants take a dip in Manila Bay after whipping their bodies as an act of penance in Rosario, Cavite on Good Friday, April 15, 2022. PHOTO BY RENE H. DILAN

The activities on this day usually focus on preparing for the celebration of the resurrection on Easter Sunday, and the Christian faithful should take time to ponder what Christ had gone through, he said.

Just as Jesus' followers waited for hours on Saturday to see what would occur Sunday, the Christian world must also observe the Easter Vigil which is held in the hours of darkness between sunset on Holy Saturday and sunrise on Easter Day, Tieng said.

“Black Saturday is a time for us to lean into being present in the Lord, placing our own agendas at the door, and coming before Him to simply be with Him. The Lord desires a relationship with us, and a requirement of a relationship is time together. Black Saturday is a great day not to ask for anything, but to simply spend time within the Spirit of the Lord,” he said.