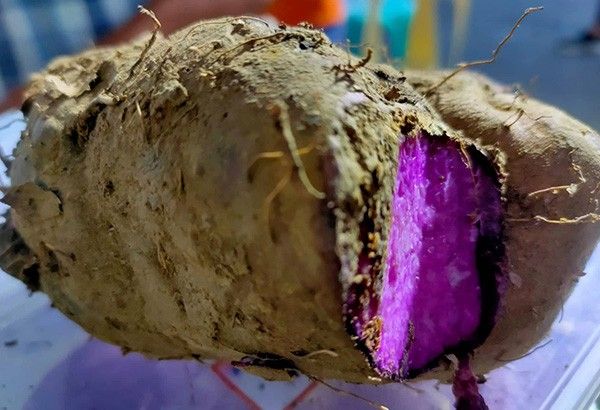 BOHOL, Philippines — The Provincial Government of Bohol recently successfully celebrated the Ubi Festival under the new normal at the old Tagbilaran Airport.

With this year's theme, “Pagpananum ug Ubi Napuslan, Kagutom Na Dala Sa Covid19 Nabatukan,” the festival aims to celebrate the root crop that has become an agro-historical-geographical-religious symbol for the province, as well as highlight the impact and contributions of ubi farmers.

The festival, which ran until February 24, has been celebrated since year 2000. It is proof of the Boholanos’ love for Ubi or purple yam. The root crop was revered as a “savior crop” as its discovery led to the alleviation of hunger in the province during pre-Hispanic times.

Now, it has become a staple food for Boholanos because of its taste, long shelf-life and the many food varieties that can be made from it.

Bohol is the largest producer of ubi in the country and home to many ubi farmers who turn to the root crop for their livelihood.

As part of the festival, a showcase of a variety of Ubi products like ube jams and ube-based bibingka, ice cream and bread can be found at the venue. The venue strictly implemented health and safety protocols to assure festival goers of an easy and memorable experience. Other cultural activities, exhibits and seminars were also held to honor the root crop last month.