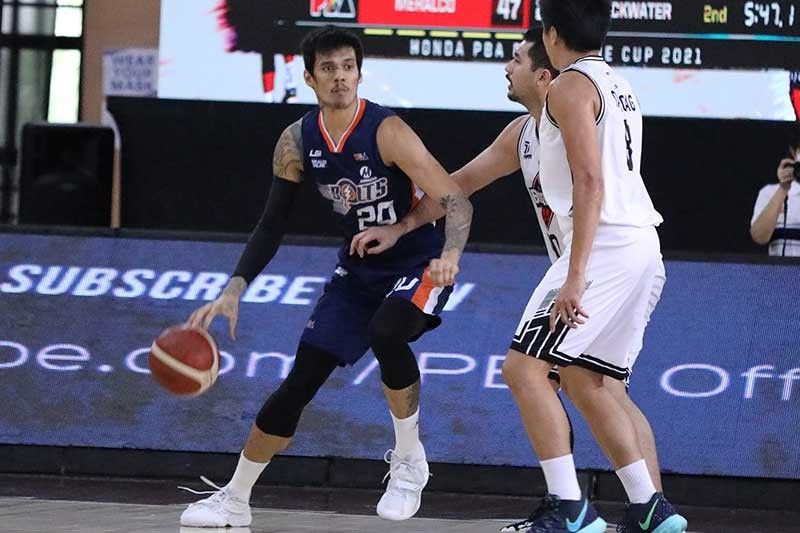 MANILA, Philippines — The Meralco Bolts survived a comeback effort from the Blackwater Bossing in the final stretch of elimination in the PBA Philippine Cup, 104-97, at the DHVSU Gym in Bacolor, Pampanga on Saturday.

Propelled by a opening quarter where they outscored the Bossing, 31-14, Meralco boosted their hopes for a twice-to-beat advantage in the quarterfinals.

Meanwhile, it sent Blackwater to infamy as they now hold the longest active losing streak in PBA history with no wins in their last 19 games — stretching from the PBA bubble in Clark last season.

The record of 18 straight losses came from the Great Taste/Presto franchise back in 1980.

It also meant that the Bossing exit the PBA bubble in Bacolor without a win as they lost all 11 assignments for the conference.

The Bolts handed Blackwater the whopping without the services of star players Chris Newsome and Cliff Hodge who are still nursing some injuries.

At their most dominant, the Bolts led by as much as 29 points.

While a comeback effort by the Bossing cut the lead to as small as five, 100-95, with less than two minutes left in the fourth salvo, the Bolts were able to fend them off and hold on for the win.

Allein Maliksi, who used to play for Blackwater, led the offense for Meralco with 21 points and 10 rebounds.

Four other Bolts finished in double-digit scoring with Raymond Almazan also tallying a double-double of 15 points and 17 boards.

Trevis Jackson, who fueled the strong start for the Bolts, scattered 14 markers.

For the Bossing, Mike Tolomia, Nino Canaleta, and Richard Escoto led the comeback efforts with 15 points each.

Simon Enciso, who hit a three to put the Bossing to within five, finished with 14 points.