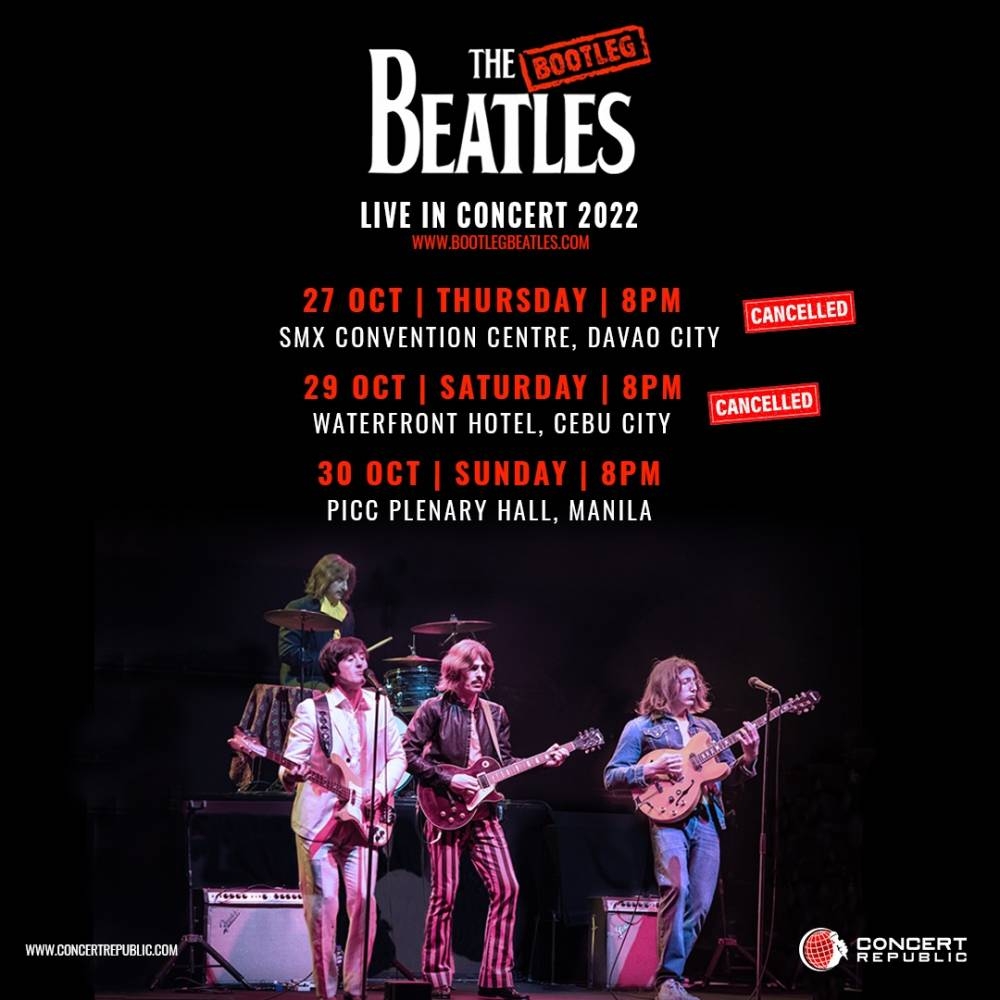 “Regrettably we have to cancel our forthcoming concerts in Davao and Cebu due to unforeseen production logistics,” Concert Republic said in a statement.

“However, our Manila show at Philippine International Convention Center on Sunday, October 30, will proceed as advertised,” the concert producer assured.

“We apologize for any inconvenience caused and look forward to seeing you all in Manila,” the statement ended.

Davao and Cebu tickets will be refunded at point of purchase.