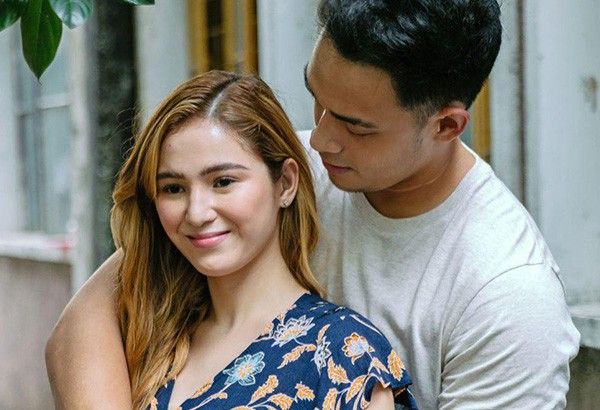 MANILA, Philippines — Actor Diego Loyzaga set the record straight that he and girlfriend Barbie Imperial are so happy despite the controversies thrown at them.

In the virtual press conference of their upcoming movie “Dulo,” Diego said they are so happy that they have work despite the pandemic and that their anniversary is coming up.

“I'll set the record straight, right here, right now. Barbie and I are so happy. Ang dami naming trabaho despite the pandemic, we have our anniversary coming up. That's what all I say. We're so happy. 'Yun lang,” Diego said.

Diego also had a message to their bashers.

Dex (Diego) and Bianca (Barbie), both in their early 20s, met on a dating app and had sex and eventually lived in together. Everything in their relationship seems fast-paced, and now after one year of marriage, the two are on the brink of breaking up. Hoping to rekindle their relationship, they decided to go on a road trip. It seems like a good idea as they slowly reminisce their happy memories together. But along with the happy memories, old issues and problems also resurfaced.

Apart from Barbie and Diego’s first movie team-up, another thing to look forward to is the official soundtrack by The Juans, “Anghel” and “Dulo." The lyrics and the music of the song make every scene more moving and heartbreaking.