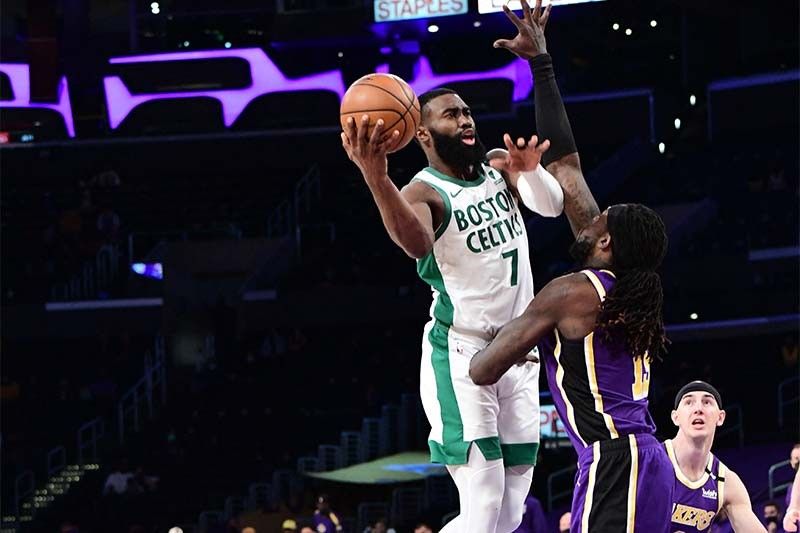 MANILA, Philippines — The Boston Celtics routed the Los Angeles, 121-113, as fans were welcomed back at the Staples Center on Thursday (Friday, Manila time).

Leaning on a 40-point performance from Jaylen Brown, the Celtics controlled the whole game in the wire-to-wire victory that saw Boston lead by as much as 27 points early in the fourth salvo.

Five other Celtics players also scored in double figures in the lopsided win.

The loss for the Lakers comes as injured big man Anthony Davis moved closer to his return to the hard court.

The Lakers have been without both Davis and LeBron James since March 20 as they are now fifth place in the Western Conference.

Meanwhile, Deandre Ayton had an almost perfect night of 10-of-11 shooting from the field for 26 points in the Phoenix Suns' 122-114 win over the Sacramento Kings.

Devin Booker, for his part, chipped in 23 points.