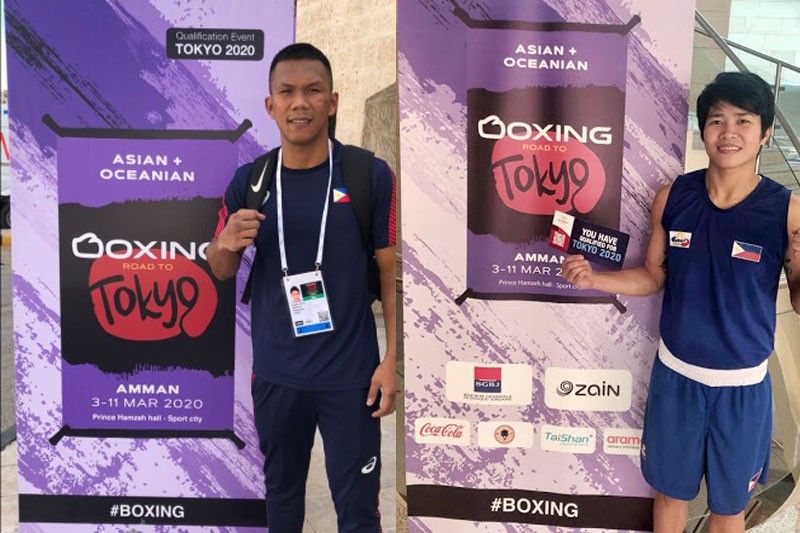 MANILA, Philippines — Aussie Don Abnett, the national boxing team consultant, has high hopes that one of the four Filipino boxers seeing action in the Tokyo Olympics in July can win the country’s first Olympic gold medal.

“We’re close there, but we need to prepare,” said Abnett during Saturday's interview with Noli Eala’s Power and Play.

Abnett is currently in a training camp in Thailand with the national team that included Tokyo-bound Irish Magno, Nesthy Petecio and Carlo Paalam.

Eumir Marcial, the other Filipino pug who booked a slot to the quadrennial event, is in Los Angeles training under Freddie Roach.

And the 59-year-old Abnett knows a winner if he sees one having coached the Australian national squad in two Olympics, two Commonwealth Games and 10 World Championships.

His two best protégés are 2010 Youth Olympics gold medalist Damien Hooper and 2012 London Olympian and former WBO welterweight champion Jeff Horn, who won a controversial 12-round decision over Manny Pacquiao in Brisbane in 2017.

It was also Abnett who predicted two years ago that the country would qualify four boxers — two males and two females — in Tokyo.

Abnett was proven right as Marcial and Magno made it via the Asian qualifier in Amman, Jordan last year and Petecio and Paalam advanced via high rankings after the World Qualifier in Paris, France in June was cancelled.

“We need to prepare the athletes to win. And so far, we’re doing good,” he said.