Boy back to basics The ABS-CBN shutdown didn’t silence him. And neither did the invisible enemy. Like the phoenix, he has regenerated and, unlike the mythical bird, not exactly from the ashes but from a months-long self-imposed hibernation during which he recharged, reinvigorated himself for a new grind in another platform…online!

The King of Talk is back…and how! True to his reign, he talks and talks and talks, and we his subjects can’t help but listen and listen and listen. The Best Talk premiered in October last year on the Pinoy live-streaming app Kumu’s FYE channel and its second season started last Saturday, March 20, weekly at 9 p.m. (replays on Cinema One channel and The Filipino Channel/TFC.)

“I was used to doing my shows (Tonight With Boy Abunda/TWBA and The Bottom Line) inside the studio and adjusting to online was very challenging, tough! I hardly knew what it was all about, what the mechanics were, and I thought that it was exciting. The show would be about entertainment, my turf, and when the opportunity presented itself, I thought, why not try it? Seven months into the lockdown and I was missing ‘yung mag-TV. Subukan ko nga,”

You guessed it. Boy was talking and talking during the intro for the Zoom mediacon last Thursday and I, together with a dozen other journalists, were all ears, listening and listening to him as he let off steam stored up during the prolonged respite. That’s what he does best, what he enjoys most…talking! Indeed, he was conferred that title for not keeping his mouth shut.

“How was the first season? Very difficult! I was adjusting to a new medium, remember? It was like giving birth for the first time, not that I have experienced giving birth ha. But as they would say, nanganganay. One time while doing the show, I was stuck in a nine-hour traffic from Tagaytay. There was an accident and the highway looked like a long car park; not a single car was moving.

“I was also doing my show when we were driving to Borongan City (Eastern Samar) to visit my folks and the signal was erratic. We had to stop at a gas station in Naga City where we got a clearer signal. Our premiere episode got a high rating, thanks to my guests Ai-Ai (de las Alas) and Kisses (Delavin). It was capped by my interview with Gerald (Anderson). From Manila, we had to drive all the way to Zambales, where the set of Gerald’s movie (Init sa Magdamag) was. I thought it was just a short drive, no more than one hour and a half. It took us more than three hours! But it was worth it. Without forcing him to, I was able to make Gerald talk and I thank him for that.” (Note: In that interview, Gerald finally admitted what everybody kind of already knew…that he and Julia Barretto have been going steady since 2019.) 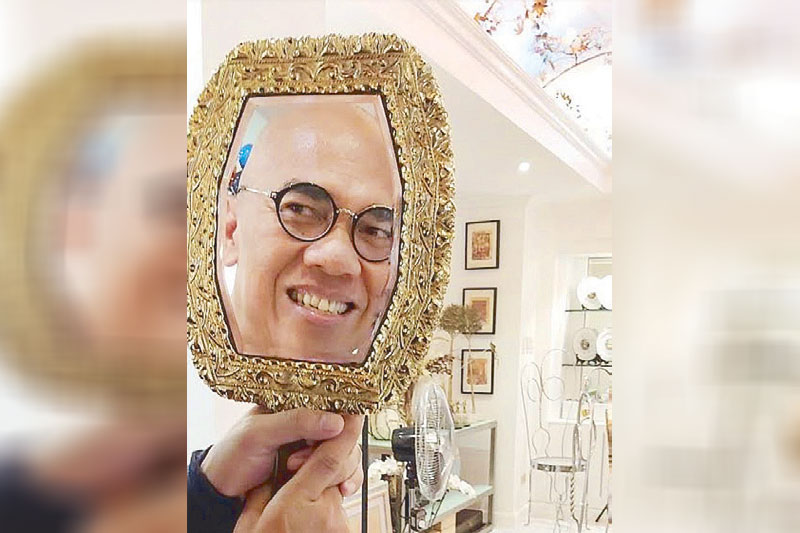 Facing his Mahiwagang Salamin, what will Boy Abunda tell himself? ‘Baysay nim! Hahaha!!! You’re OK and when you feel you’re not OK, it’s OK because you will be OK! And for as long as you know your way back home, you are always OK!’

“The show is more structured now, so expect some entertainment, some fun, some laughter. It’s going to be bigger and better.”

Guests in last Saturday’s second-season initial pasabog (explosion!) were Pinoy Big Brother (PBB)Connect winner Liofer Pinatacan (with the PBB runners-up — second placer Andrea Abaya, third placer Kobie Brown and fourth placer Jie-Ann Armero). Segments included KumuNow (featuring a brief documentary on trending celebrity news of the week), Drop and Ask (which gives viewers a chance to ask a question upon the drop of a Miss Kumuniverse virtual gift at the right time), Kumustahan with Boy (with him asking his guests questions starting with Kumusta? and letting them showcase whatever talent they have in the May K Ka! portion) and May K-Talk as some kind of a summing up of the week’s fare.

Likewise, there’s a 15-minute pre-show in which Boy greets and chats with viewers and does special shoutouts. 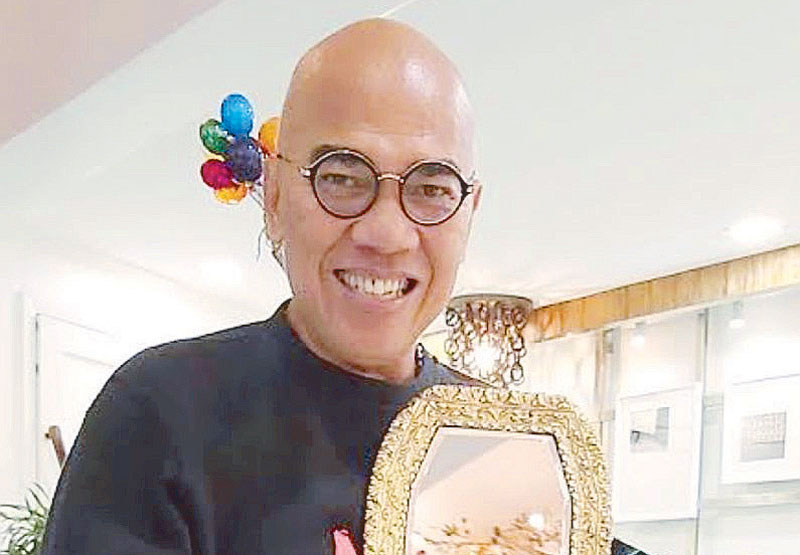 “What do I call my viewers? PuedeKumunezins, puede rin Kumunistas, hahaha!!! By the way, the show doesn’t just entertain. We also help alongside charitable institutions and foundations. Nakikipag-ugnayan kami. Several sponsors are helping us on this.”

With the surge of the COVID virus, Boy has been extra careful like the rest of the world.

“Takot ako. Times are so uncertain pa. Even if the vaccine has arrived, we should not let our guards down. Kami at home, we always wear face masks. The pandemic took us by surprise last year and at least now, we have learned how to take the necessary precautions and to observe the protocols. Did I become paranoid? Yes, I did. Did I become anxious? Yes, I did. The pandemic started in December 2019 when my Nanay passed on. Good thing hindi siya inabutan.”

According to the Boy from Borongan, his biggest learning was to go back to basics.

“Back to my core,” he explained. “Like you (yours truly), nag-umpisa tayo sa probinsya. Sanay ako sa payak na pamumuhay (simple living). I was happy eating camote, kumakain ng naka-kamay. It took time before I learned to enjoy the ways of the city; it took years before I got used to enjoying the gifts of what I had worked hard for. I realized that the more simple your life is, the better…na okey pala kahit walang bagong sapatos sa isang taon.(Note: It’s true. You can get a boy out of the country but you cannot take the country out of a boy.)

“I’m not sure if it was Bill Gates who said it but his words have become my guiding light — I want to become a better person to my friends, to my family, to myself. My biggest realization is that we are all going to die so we might as well be good.”

A moveable feast, the King of Talk shuttles between his house in Quezon City to his vacation house in Tagaytay and his retreat house in Lipa where he enjoys his time tending to his garden as a plantito. Does he also talk to his plants?

At home, he keeps more than one hundred mirrors, his treasured collection. Years ago, when he was hosting the ABS-CBN talk show The Buzz, Boy would end it by taking out a life-size mirror and asking his guest to look into it and what he/she would like to tell himself/herself. So I ended this interview by asking Boy to dust off his Mahiwagang Salamin and asking what he was going to tell himself.

He said, “Baysay nim! Hahaha!!! You’re OK and when you feel you’re not OK, it’s OK because you will be OK! And for as long as you know your way back home, you are always OK!”

Do you know what the Waray words “baysay nim!” mean?

The King of Talk is beautiful, indeed!