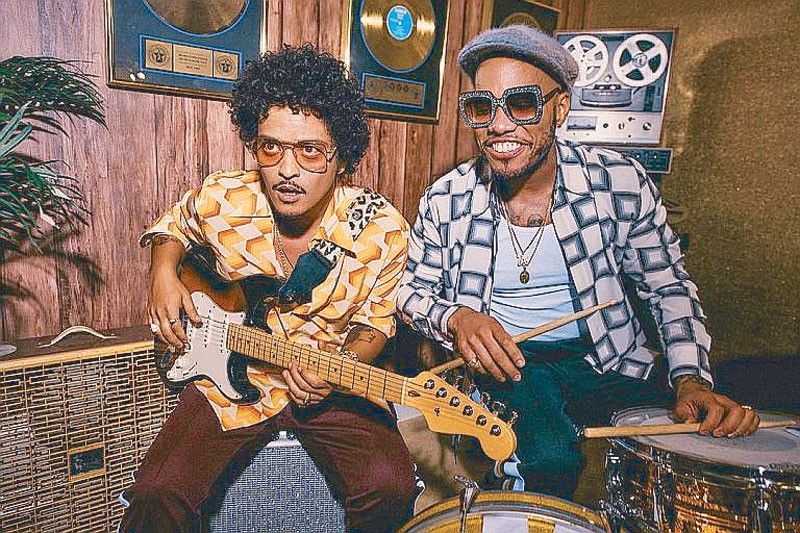 The incredibly talented Bruno Mars can always be counted on to perk things up with his feel-good sound. Remember how he did it with Uptown Funk and Versace on the Floor? Well, he has done it again. At a time of massive fear and uncertainty, he came out with a new single that dispels all the gloom even if only for a while.

The tune is titled Leave the Door Open and it is funky, sexy and lots of sparkling fun. With his honeyed vocals, he sings about how he is waiting and hoping for his lover to show up. He is thinking of cuddling and kissing and has even put rose petals in the bathtub. He is unsure though. Still, he is optimistic she will come and that is why he leaves the door open.

It has been quite some time since we have had anything new from the multi-Grammy winning and I am always proud to say, part-Pinoy Mr. Mars. If I remember right the last solo song that he released was Chunky and that was about four years ago. His last solo album was the Album of the Year winner 24K Magic and that was released in 2016. News we get about him always mentions that he is working on a new album but that solo effort is still waiting to happen.

Instead, there have been a series of collaborations.

Nobody is complaining about those though. Each one of them turned out great. Wake Up in the Sky with Gucci Mane and Kodak Black, Finesse and Please Me with Cardi B and the most recent, Blow with Ed Sheeran and Chris Stapleton for Sheeran’s No. 6 Collaboration Project album two years ago. And now we have another one in Leave the Door Open.

It turns out that Mars has formed a group, hence this collab. No, he still has his band, the Hooligans. This new one is called Silk Sonic and it is with the also Grammy-winning Brandon Paak Anderson, professionally known as Anderson .Paak. Leave the Door Open is the first single off the debut album An Evening with Silk Sonic which they are planning to release soon.

Though best-known for his rap tunes, Paak is also great with R&B. Like Mars, he is a singer, songwriter and plays several instruments. He won Grammys for Best Rap Performance with Bubblin’, Best R&B Album with Ventura and Best R&B Performance for Come Home featuring Andre 3000. By the way, .Paak is part-Korean so we have two Asians collaborating on this brilliant track.

In fact, this early, the song is already showing that it will have a life of its own by lending itself to versions by other artists. To see what I mean, you can check out the gorgeous one by the local group Acapellago. This is now out on YouTube and generating a lot of buzz. I am sure there will be others to come.

Mars and .Paak first performed Leave the Door Open live at the 63rd Grammy Awards held a few weeks ago. Which I think is just as well since these two are certainly looking to take home one or two of those little gramophones next year for this superbly produced song. It is a sleek slow jam with a retro feel and that is the kind of R&B that people cannot seem to get enough of.

This is carried over into the music video — the ‘70s touches — which is co-directed by Mars with Florent Dechard. It is simply shot with the band Silk Sonic in performance, .Paak on the drums and Mars singing and playing keyboards with some girls dancing. What is so infectious about it is that they seem to be having so much fun. These guys so love what they do and we love them for that.

Lots of fun spiced with soul is what we are sure to get when Mars and .Paak release more of their songs in the An Evening with Silk Sonic album. Here is hoping they will do that soon.