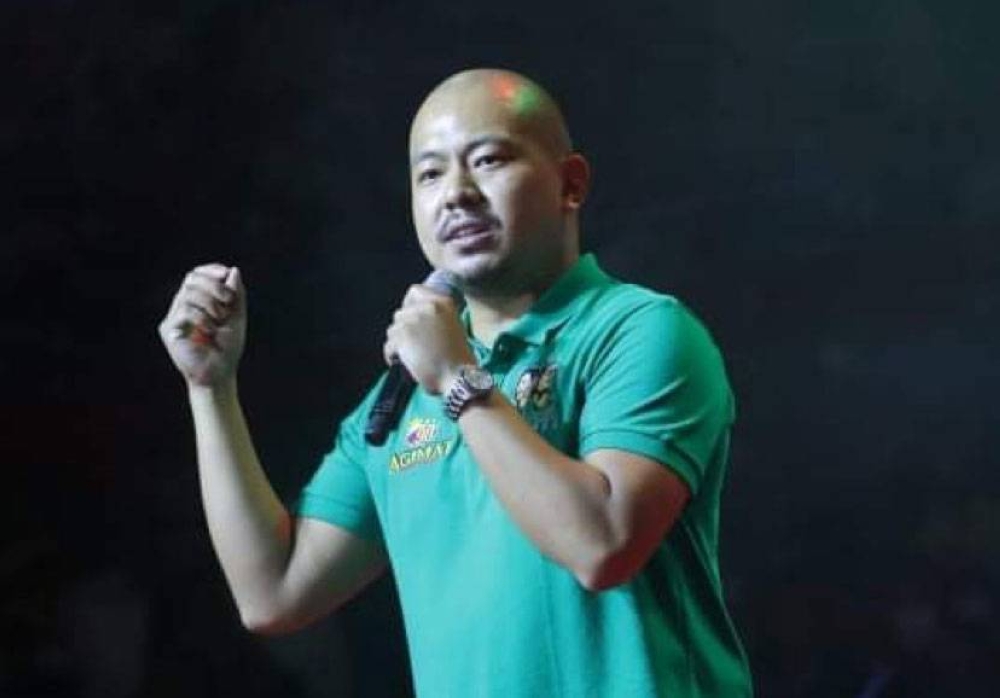 Since 2011, Agimat ng Masa had been helping and assisting communities in providing health programs, livelihood, as well as education, including but not limited to the online learning classes for students.

According to Bryan Revilla, they have given assistance to many sectors but there are many others needs of our kababayan that needs to be addressed and attended to. Bryan said they hope to be able to craft policies that would enable to them to be more effective and present a long-term livelihood opportunity.

“If we will be given a chance, Agimat will push for a multisectoral response by participating in crafting policies that can help every sector and we can't do this if we are not in Congress,” said Bryan.

Thru Agimat, Bryan said they would like to help workers from the private and public sector, farmers, fishermen, professionals, small to medium scale industry workers, the elderly, the youth, and the PWDs so they have representation in Congress.

“This is not politics or an empty promise because we had been helping many people even before we applied for a party-list accreditation,” Bryan ended.

Roman Perez Jr. is one of the most-prolific directors under Viva Entertainment, doing mostly skin-flicks for Viva's streamlining platform Vivamax. He is a fast worker and can finish a film in a jiffy. Direk Roman says he makes sure every movie he makes is different from the last one he directed.

He admits though that his last Vivamax offering titled “Putahe” is a homage to his big hit titled “Adan” which made a lot of heads turn when it was first released. It sure got the public interested and intrigued.

“This (Putahe) is not a sequel to 'Adan' because it has subplot about cooking. In Putahe, we are saying that sex and cooking are both important. It is how you put your message across that makes the difference,” said the box-office director.

It is because of “Adan” that made Direk Roman a much-sought after filmmaker on the Viva camp. He had a string of hit movies shown in Vivamax. But he said that “Putahe” is different because of the combination of Ayanna Misola at Jenelle Tee (Miss Earth 2019).

He promised Ayanna that he is going to direct her launching film. “She has an innocent look in her that makes her look vulnerable. Add to Jenelle's sensuality then you have a lethal combination,” said the director.

Direk Roman adds he likes to launch newcomers to stardom because they are raw and innocent.

The male cast ng 'Putahe' are newcomers as well namely Massimo Scofield, Nathan Cajucom, and Chad Solano. “Putahe” is their baptism of fire since they were all asked to do sexy scenes.

Kapamilya actress Andrea Brillantes made quite an impression when she performed at the concert of “Calista” last Tuesday at the Big Dome.

Her song-and-dance performance was well-applauded and she was able to connect to the young audience. Before ending her number, she reminded her fans to vote wisely.

And since she was wearing a pink dress, Andrea told the crowd she need not tell them who to vote for. Some fans cheered after what Andrea said her piece.

Going back to Calista who are the stars of the show, they gave a very energetic performance and they wowed the crowd who were mostly their fans. After conquering the Big Dome, their next bigt dream is to have a concert tour abroad.

OFW Party-list representative first nominee aspirant Marissa del Mar is aging gracefully. Her secret? clean living. She doesn't drink intoxicating beverages. She doesn't drink and doesn't gamble. She doesn't let stress get into her system. And since she has a beauty business, she is able to maintain her good looks. According to her, one of the best teachings she learned from her mother is that she must always look her best, especially in public.

Since she is involved with OFW, the party-list aspirant was asked if she plans to produce or star in a movie that will tackle the stories of OFWs.

Ms. Del Mar is open to the idea of making a movie or a documentary when the right time comes. But if she gets lucky to garner a seat in Congress, the concerns and advocacies of the One Filipino Worldwide will be her focus.

She has a number of stars in mind that she would like tap as lead stars in a future OFW film project. Marissa said she'd rather be behind the camera and focus on being the producer.