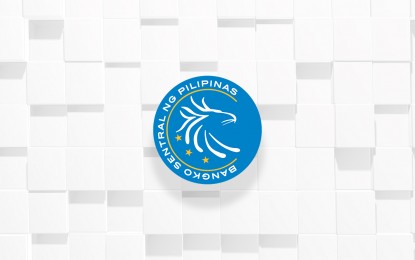 MANILA – The Bangko Sentral ng Pilipinas (BSP) on Friday reported another uptick in the rate of its 28-day Bill as demand continues to remain robust.

In a statement, the central bank said the average rate of the debt paper, which is among the central bank’s tools to siphon off excess liquidity in the economy, rose to 1.7832 percent from last week’s 1.7670 percent.

The auction committee made a full award, with total tenders amounting to PHP147.84 billion.

BSP Deputy Governor Francisco Dakila Jr., in a statement, noted the “continued strong interest” for the debt paper, which, he said, is “in line with stable market conditions amid sustained ample liquidity in the financial system.”

“Looking ahead, the BSP’s monetary operations will remain guided by its latest assessment of the liquidity conditions and market developments,” he added. (PNA)