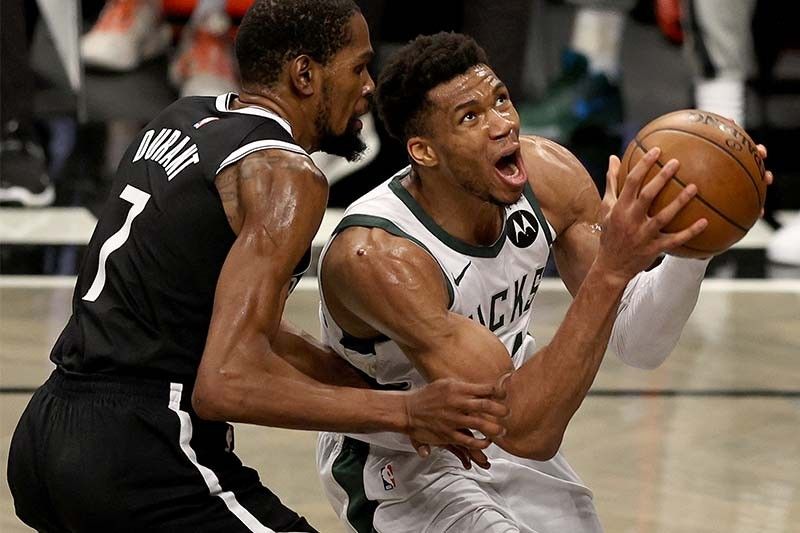 MANILA, Philippines — The Milwaukee Bucks completed their series comeback against the Brooklyn Nets after a nail-bitter Game Seven win in overtime at Barclays Center, 115-111, on Saturday (Sunday, Manila time).

After going down 0-2, the Bucks won four of the next five games — including the hostile Game Seven in Brooklyn where they went scoreless in the first three minutes of overtime.

However, a defensive stop on Kevin Durant — who played all 53 minutes of the game — by Brook Lopez and a clutch bucket by Khris Middleton gave the Milwaukee Bucks the cardiac win.

Durant would also miss on the game-tying bucket and gave the ball to the Bucks with 0.3 ticks left to just hold on for the win.

However, a foul by James Harden on Lopez ended up with freebies for the Bucks with the game essentially over to arrive at the final score.

It was an outright battle between Durant and Giannis Antetokounmpo who had 48 and 40 points, respectively.

The game also saw 10 deadlocks and 20 lead changes in the back-and-forth affair.

The Bucks thus wait for the winner of the Atlanta Hawks and Philadelphia 76ers series in the Conference Finals.