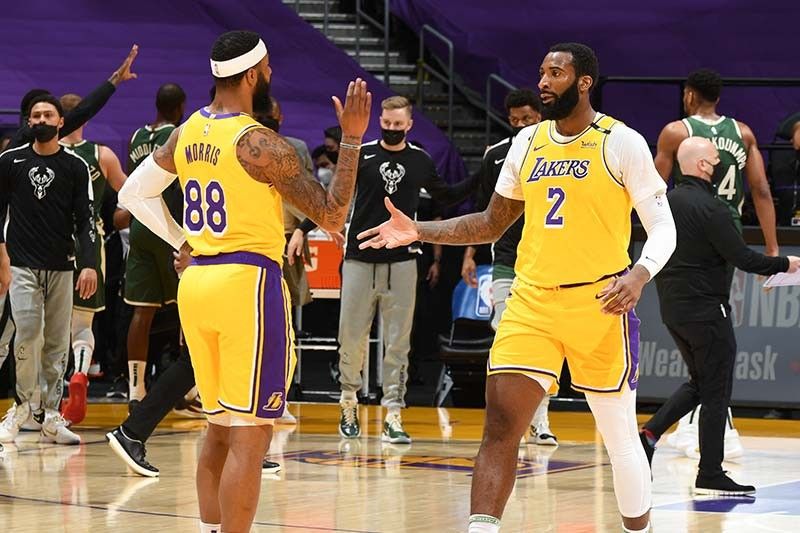 MANILA, Philippines — Andre Drummond cut short his debut for the Los Angeles Lakers after an injury in their 97-112 loss to the Milwaukee Bucks on Wednesday (Thursday, Manila time).

The big man recently acquired from the Cleveland Cavaliers only played 14 minutes in his first game as a Laker after coming down with an injury — later revealed as a big toe contusion.

But even prior to his exit, Drummond was performing subpar and looked rusty after more than a month away from action.

Before leaving the game with the injury, he only scored four points on 2-of-6 shooting and pulled down just a single rebound.

The Lakers were outscored by eight points in his time on the floor.

Jrue Holiday posted a game-high 28 points to lead the Bucks while Giannis Antetokounmpo chipped in 25.

Montrezl Harrell, for his part, paced the Lakers with 19 points.

In the other games, the Phoenix Suns tallied their fourth win in a row after beating the Chicago Bulls, 121-116.

This put the Suns clear of the Los Angeles Clippers by one and a half games to claim the second spot in the Western Conference standings.

Devin Booker exploded for 45 points in the Suns' 33rd win of the season.