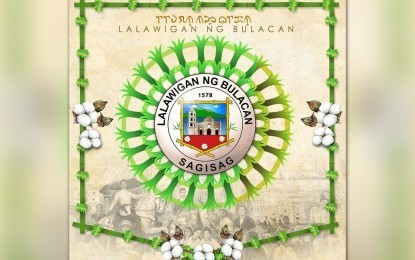 CITY OF MALOLOS, Bulacan – This province registered its first firecracker-related injury on Thursday.

This, after the Pyrotechnic Regulatory Board of Bulacan, chaired by Governor Daniel Fernando, announced on Wednesday during its inspections on firework stalls in Bocaue town, that stringent regulations would be implemented to minimize if not totally eradicate fireworks-related injuries.

Dr. Jocelyn Gomez, provincial public health officer of Bulacan, said the victim is a male in his 40s from the City of San Jose del Monte.

“The victim was actively injured by a triangulo,” Gomez said in an interview.

Meanwhile, Brig. Gen. Valeriano de Leon, director of the Police Regional Office-3 (Central Luzon), announced that the sale and use of consumer pyrotechnics for the New Year’s celebration is allowed.

Bulacan is considered as the major manufacturing hub and sales distribution point of fireworks and pyrotechnic devices.

The products, commonly referred to as “pailaw”, include, among others fountain, jumbo regular and special luces, butterfly, Mabuhay, Roman candle, sparklers, trompillo and whistle devices.

Meanwhile, Fernando requested Bulakenyos to be more cautious during this time especially when using firecrackers and guaranteed that sellers are compliant with the safety rules.

“Tradisyon natin na ang pamilya ay sama-sama sa pagdiriwang. Ipinapakiusap na lang natin na wag silang gumamit ng mga bawal na paputok para hindi na makadisgrasya. Narito rin tayo ngayon para bantayan ang mga nagtitinda at siguraduhin na walang mga ipinagbabawal na mga paputok rito. Dagdagan po natin ang ating pag-iingat dahil bukod sa aksidenteng maidudulot nito, may Covid pa tayo (It is our tradition that the family is together during the celebration. We are appealing to them not to use prohibited firecrackers to avoid injuries. We are also here to monitor the sellers and ensure that there are no prohibited firecrackers. Let us take extra precaution because apart from the accident that it might cause, there is also Covid-19),” the governor said. (PNA)