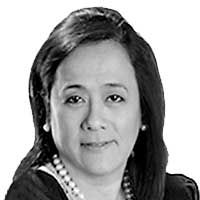 Amid the looming spillover effects of the Ukraine-Russia conflict, Department of Energy (DOE) Secretary Alfonso Cusi remains optimistic that there are more than enough stockpile of crude oil and refined petroleum products to supply the needs of the world economy. Cusi admitted that non-oil producing countries, like the Philippines that import the bulk of its domestic petroleum requirements, have already been affected by the Ukraine-Russia conflict even before the attack started last week.

Cusi pointed out the price of crude oil in the world market has been rising the past nine weeks. The Energy Secretary disclosed the consequent rise here of domestic prices of gasoline and other refined petroleum products due to the Ukraine-Russia conflict topped the major concern of President Rodrigo Duterte during the emergency meeting convened last Tuesday at Malacañang.

Speaking in our virtual news forum Kapihan sa Manila Bay the next day, Cusi explained, however, it is the demand-and-supply that dictates the prices of crude oil in the world market. Thus, he conceded, the free market forces are beyond the government’s domain but can only intervene through its regulatory powers.

Also guesting separately from Cusi in my Kapihan sa Manila Bay last Wednesday, ex-Senator Antonio Trillanes IV welcomed the announcement of Cusi that President Duterte met with his Cabinet national security cluster as well as top police and military officials to address the potential impact to the Philippines of the Ukraine-Russia conflict. Trillanes underscored the need to prepare for contingency plans for any potential disruption in the country’s oil supply and the economic and social instability that may arise due to the Ukraine-Russia conflict even if located far away from the Philippines.

The Ukraine-Russia armed conflict is taking place while the Philippines and the rest of the world are slowly getting out from the impact of the coronavirus disease 2019 (COVID-19) pandemic. As far as the Philippines is concerned, Cusi cited, the Middle East is the primary source of our country’s imported crude oil requirements and finished oil products from Asia-Pacific that include China, Japan and South Korea. The Philippines though is not directly importing from Russia which supply 12% of the world’s total crude oil production.

“However, the impact of the Ukraine crisis on international oil markets does have a direct effect on our prices,” Cusi pointed out.

Based from latest monitoring of the DOE, the biggest oil users like the United States, China, Japan and other oil-producing countries, have began to dip into their oil reserve stockpile to fuel the post-COVID recovery of their respective economies getting out of the pandemic effects. Thus, Cusi is getting worried for the Philippines as proposed measures to mitigate the oil price crunch remain pending at the 18th Congress.

A number of these measures being pushed by the Duterte administration require legislation. Sessions of the outgoing Congress have adjourned last Feb. 4 to give way to the campaign period for all candidates running on May 9 national and local elections this year.

These pending administration bills include the proposed amendment to Section 43 of the Tax Reform for Acceleration and Inclusion (TRAIN) Law that allowed the suspension of the excise tax on gasoline and other refined petroleum products when world price of crude oil rises beyond $80 per barrel for three consecutive months.

As of Feb. 28, Dubai crude reached $96.89 per barrel which translated to an average price of P54.20 per liter for diesel and P69.28 per liter for gasoline. If it reaches $120 per barrel, as projected by Mean of Platts of Singapore (MOPS), DOE study on the crude oil world market situation projects domestic diesel price may breach P68.70 per liter and gasoline price may hit P78.33 per liter. “Platts is projecting it may hit $120 per barrel. The sad part of this is if world prices increase, we will also see an increase,” Cusi warned.

“We in government and in the DOE are making a call for fuel conservation and efficiency so we can dampen demand so we will have more than enough supply,” he urged.

Cusi also supports calls made by a number of lawmakers led by Albay Rep. Joey Salceda who asked President Duterte to call for special sessions in Congress to amend Section 43 of the TRAIN Law, the application of prescriptive period of which has already lapsed. Likewise, Cusi added, the proposed amendments of the Oil Deregulation Law to include price unbundling and inclusion of minimum oil stock inventory.

Making a comeback bid at the Senate as one of the candidates in the coming May 9 elections, Trillanes agreed with the proposed amendment of the TRAIN Law and the reported call of President Duterte to review the Oil Deregulation Law to make it more responsive to the pressing needs of the country as recommended by his economic managers. If elected back to office, Trillanes vows to take up these proposed measures whoever will be the new administration.

A staunch critic of President Duterte, Trillanes is running under the Magdalo party allied with the Senate ticket of Vice President Leni Robredo-Sen. Kiko Pangilinan tandem. The Magdalo leader opts to set aside partisan politics during times of national crisis. Trillanes even made what he described as “unsolicited advice” to the Duterte administration to continue building worst-case scenario of a full-blown war given the “unpredictable character” of Russian President Vladimir Putin.

On the other hand, Cusi is the president of the ruling PDP-Laban party of President Duterte. During this “critical period,” Cusi appeals to every Filipino to observe energy efficiency use and conservation measures. On practical terms, Cusi urged candidates in the May elections to hold off caravans and motorcades to conserve fuel amid the continued spikes in oil prices.

The Energy chief describes this as just a “conscience call” to all candidates without political colors but only to serve the national interest.