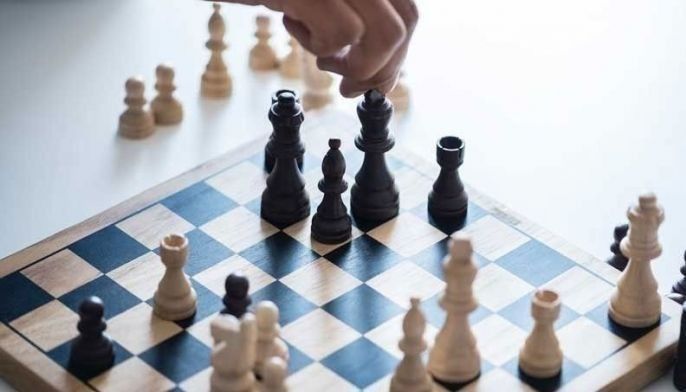 MANILA, Philippines – It might have come down to San Juan’s Ukrainian Grandmaster Viktor Moskalenko running out of time from a winning position, but what matters is the 11-10 result by Camarines over San Juan in last Wednesday’s Wesley So Cup match-up.

Coupled with their 15.5-5.5 demolition of northern division top side Antipolo in the Soaring Eagles’ first game of the double-header, it is a message sent to the entire Professional Chess Association of the Philippines — Camarines is on a mission.

They’re on a mission to bag the prestigious Wesley So Cup, the first import-spiced competition of the maiden PCAP season.

And Camarines’ team manager and owner Engineer Jojo Buenaventura makes no bones about his team’s ambitions.

Stymied in the All-Filipino Cup finals by Laguna and the South bushwhacked in the All-Star Game by the North, they will settle for nothing less than a championship.

Against the Antipolo Cobras, with the first two boards cancelling each other out, it was up to the rest of the order to make headway led by French WGM Marie Sebag and their homegrown crew led by Ronald Llavanes and Christian Mark Daluz.

With bragging rights on hand against the northern division’s top seed San Juan, which earlier dismantled Zamboanga, 15.5-5.5, the match was a tightly fought one with the Predators taking a slim 4-3 lead after blitz chess following wins by WIM Jan Jodilyn Fronda, IM Ricky de Guzman, and GM Oliver Barbosa.

Come rapid play, the Predators were leading 10-9 and San Juan’s Spanish Grandmaster Viktor Moskalenko needed to hold his Camarines counterpart GM Mark Paragua to a draw for his side to take the win.

Paragua though had a 10-second time advantage and he held on to this as time expired for the win.

The other big winners of Wednesday evening’s inter-division play were the Cordova Dutchess Dagami Warriors that chalked up victories in their matches against Cagayan, 11.5-9.5, and surprisingly, Cagayan, 11.5-9.5.

The best outing for the evening for a northern-based squad were the Manila Indios Bravos, which routed Mindoro, 15.5-5.5, and outlasted struggling Negros, 12.5-8.5.

The Indios Bravos two wins gave them an even 12-1 slate with San Juan but the Predators retained the pole position on account of percentage points from their cumulative matches.

Overall, the northern squads enjoyed a slight 13-11 advantage in match-ups for the first inter-division play of the Wesley So Cup.