Share
British Columbia·New
Although the federal government hasn't announced details of its latest measures to make it easier for Hong Kong residents to come to Canada, Tim Chan and Maggie Tong are just two of the many young people in desperate need to leave home and settle here.

Hong Kong natives Tim Chan and Maggie Tong have enjoyed the time they've spent studying and living in British Columbia — but, until recently, they had never thought of settling in Canada after graduation.

Chan, now in his final year of a sociology major at the University of Victoria, had originally planned to start his career in Hong Kong, where Tong has already returned to finish a degree in social work after six months as an exchange student in B.C.

But the Chinese government's ongoing crackdown on the semi-autonomous region's civil liberties since June 2019 has completely changed their plans. The pair, who have been dating for two years, now feel their home city has no future for them.

"It is so hard [for me] to watch Hong Kong die," said 23-year-old Chan, referring to the growing increase in suppression of dissent there.

Chan and Tong, along with other final-year students and recent graduates from Hong Kong, are hopeful they can settle permanently in Canada after Ottawa announced new immigration measures on Nov. 12 that will make it easier and quicker for them to settle here.

Canada is seeing a surge in interest from potential immigrants from the region through the number of study permit applications and skilled worker applications as political unrest in Hong Kong continues. Many young residents are at odds with their government over the erosion of freedoms that were guaranteed after the region returned to Chinese rule in 1997, and a high-profile activist was this week sentenced to 13 months in prison for his role in pro-government rallies last year. 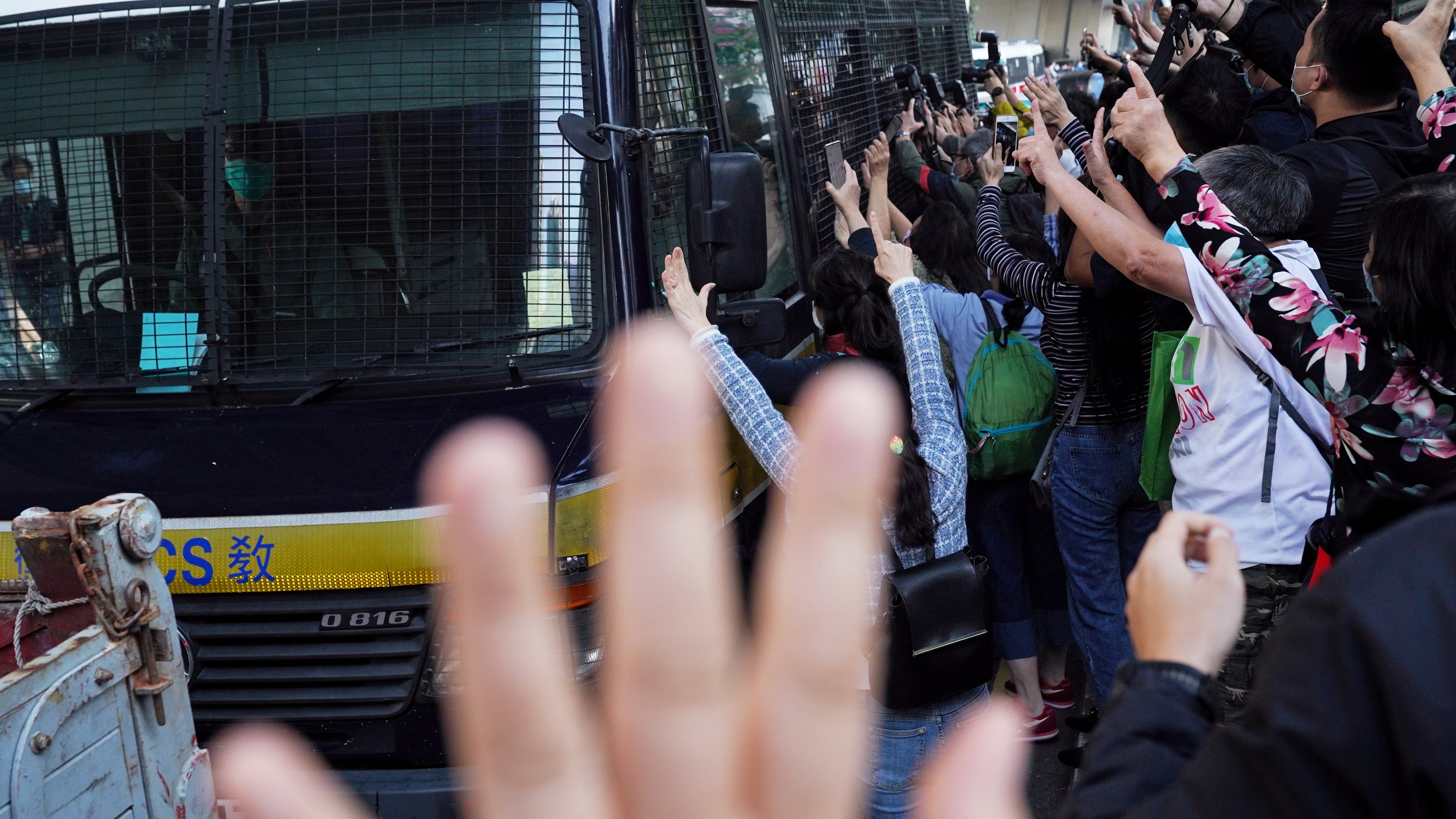 Supporters thronged buses taking Hong Kong pro-democracy activist Joshua Wong to jail after he was sentenced to more than 13 months in jail for organizing a protest.0:59

Exact details of the new immigration pathways, which will be launched in the new year, have yet to be announced.

But in an email to CBC News, Immigration, Refugees and Citizenship Canada (IRCC) said under its new measures, Hong Kong citizens who have graduated from a Canadian post-secondary institution will be able to apply for permanent residency without any work experience.

A three-year work permit program will also be available for Hong Kong graduates of both Canadian and non-Canadian institutions over the past five years.

Under existing immigration rules, Chan and Tong would have to apply for permanent residency via the federal skilled worker program or provincial nominee program — a process that could potentially take years because they do not have work experience.

As well, coming to Canada as a skilled worker or investor has become increasingly competitive. Such applications more than doubled between 2015 and 2019, from 407 to 948, according to IRCC.

Meanwhile, Canada has seen a surge in study permit applications from Hong Kong. IRCC figures show 1,991 such applications were received from the region as of Sept. 30 — higher than any number for a full year since at least 2015.

Chan says he has good reason to stay in Canada. He did his internship in Hong Kong last year with a pro-democracy politician and fears this experience may stall his career should he choose to develop it at home.

Since China's top legislature implemented a national security law in July, numerous pro-democracy lawmakers, activists and protesters in Hong Kong have been arrested.

"You never know what time that [internship experience] will be my black mark in my life," Chan said.

"In Canada, I don't worry about it [political censorship], because Canada is [an] open society."

Canada supports the right to peaceful protest, and those people who are arrested for actions that are not considered criminal in Canada will not be denied entry to this country, IRCC says in its Nov. 12 statement on new immigration pathways for Hong Kong youth.

Like Chan, Tong worries that if she becomes a registered social worker in Hong Kong, she may lose her professional qualification if she counsels youngsters who participate in civil disobedience movements.

Her concern stems from an incident in October, when the Hong Kong government stripped a primary school teacher of his licence after he discussed the region's independence in classes.

According to the national security law, promoting separatism is criminal.

"It's getting easier to cross the 'red line,'" Tong said. "I don't feel safe working in Hong Kong."

Tong says she and several of her University of Hong Kong classmates are planning to emigrate to Canada via the new three-year work permit program. When the permit expires, these applicants can either extend the permit or apply for permanent residency, IRCC said.

Tong has two more options toward becoming a permanent resident: She can have Chan sponsor her as a partner, or apply to study for a postgraduate degree. She's considering a master's degree in social work at the University of British Columbia, which she thinks would help her get a job.

While UBC doesn't provide data on graduate program applications, the university's Vancouver and Okanagan campuses have, respectively, seen a 66 per cent and 32 per cent jump from last year in undergraduate applications from Hong Kong students who are neither Canadian citizens nor permanent residents.

Michelle Suderman, UBC's director of international student development, says Hong Kong students need not worry too much about not having the minimum English proficiency or grade average to fulfil admission requirements.

"I certainly would encourage any student who is interested in coming to UBC or another Canadian post-secondary institution to reach out to the schools they're interested in and see what's possible in terms of alternate ways to recognize the work that they've done," she said.

Chan is now planning to get a diploma in marketing or computer science to enhance his employability and hopes Tong will soon be able to rejoin him in B.C.

"Salaries in Canada may not be as high as in Hong Kong, but we will be able to live here with a peace of mind," Chan said.

With files from Canadian Press, Associated Press and Agence France-Presse