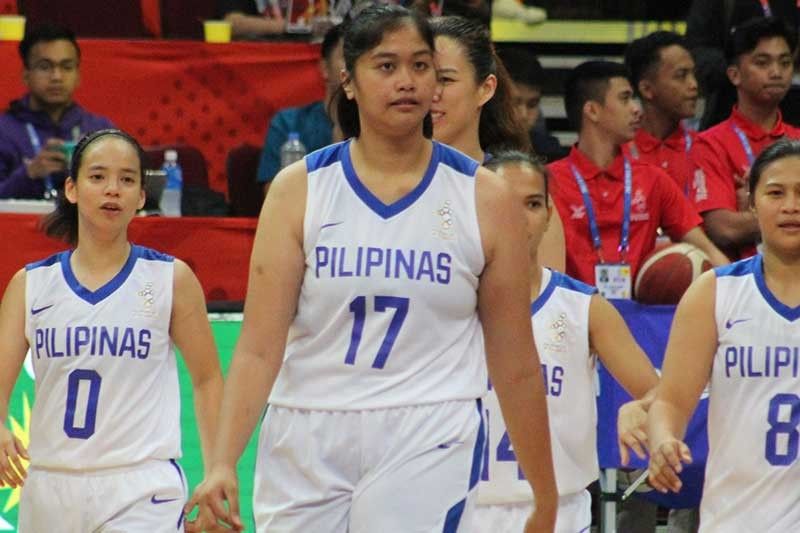 This as the Philippines will be facing opponents that are not only higher in the FIBA World Rankings, but also larger than them in terms of height.

With 6'4" Clare Castro as the only legitimate center in the lineup, Gilas has an average height of 5'8".

Yet they will go up against China, Australia, and Chinese Taipei, who all have bigger average heights among their players.

The biggest disparity is against China, whose players norm around 6'1".

But Castro isn't backing down. And while she acknowledges the pressure of the competition, she is set on doing everything to contribute for the team.

Castro is usually joined by the likes of 6'2" Jack Animam, and 6-footers Kelli hayes and Danica Jose in the national team, composing the center rotation for head coach Pat Aquino.

But with Animam in Serbia for her pro career, and Hayes hung up due to quarantine restrictions, it all rests now on Castro's shoulders.

The player out of FEU looks to do her best though, despite having the odds stacked against her.

They go up against China first.

Games against Australia and Chinese Taipei are pencilled in for midnight on September 29 and 30, respectively (Manila time).

Share
Previous READ: This Guest Feedback Made Restaurant Manager Cry
Next Mercury Retrograde is Here Again: Here’s Your Horoscope For the Week of September 27