Jennie Aitken, 33, began noticing it weeks into the pandemic.

The Victoria woman has a family and was frequently checking in with good friends, but since her management job with a local health authority required her to work from home, she could go days without seeing other people.

“I realized how lonely I felt,” said Aitken.

With the second wave of the pandemic pushing more people into the isolation of their own homes, a second public health crisis with potentially deadly consequences has emerged: loneliness.

Not just an uncomfortable emotion, loneliness is a leading risk factor for death. Social isolation exceeds the health risks associated with obesity, inactivity, excessive drinking, air pollution and smoking over 15 cigarettes a day, according to a 2010 review of 148 studies by psychology professor Julianne Holt-Lunstad of Brigham Young University in Utah.

That’s bad news in a worsening pandemic where increasingly tighter restrictions are forcing many of us to be apart from family and friends.

Yet there’s a surprising antidote that can tide us through the holiday season and beyond: informal, casual interactions with acquaintances and strangers, such as neighbours, baristas, delivery drivers, dog walkers and others we may encounter in the course of an average day.

Called “weak ties,” these interactions can be just as effective in restoring our sense of well-being and belonging as connecting with our stronger ties to family and close friends.

“It just takes a handful of interactions – like going to the grocery store – and suddenly, I felt OK again,” Aitken said of her own experience.

Even superficial interactions can improve well-being

When the pandemic hit, Jolanda Jetton, a professor at the University of Queensland, about 915 kilometres north of Sydney, and a few of her social psychology colleagues wrote the book Together Apart, in which they argued that the very social connections being discouraged are actually key to maintaining health during COVID-19.

We can physically distance without socially distancing, Jetton and her co-authors said.

While we must adhere to public health guidelines, we also need social contact beyond our immediate families, says Susan Pinker, psychologist and author of the book The Village Effect.

When comparing social isolation against other health risks, Pinker said, it’s not just close relationships but social integration – how much you interact with people as you move through the day – that can be predictors of how long you will live.

“We really have to be creative in finding ways to see each other,” she said.

As we’ve cancelled big family dinners and nights out with our friends, one way to boost our well-being is to interact with the people standing right in front of you.

Gillian Sandstrom, a professor at the University of Essex, about 110 kilometres northeast of London, found that while the number of interactions with strong ties (such as family and friends) improved people’s sense of well-being and belonging, “the same was true of the weak tie interactions” – relationships involving less-frequent contact, low emotional intensity and limited intimacy (such as greeting a neighbour on the street).

Sandstrom, who completed her PhD at the University of British Columbia in Vancouver, studied the issue on the campus.

Part of her study, looked at a group of 58 undergraduate students and an older group of 52 community members and counted the number of weak and strong tie interactions they had as they went through their days.

Participants reported greater subjective well-being and sense of belonging on days when they had more weak-tie interactions.

In another part of her study, she measured how many interactions 242 undergraduate students had with classmates. Those who had the most interactions, regardless of whether they had any friends in the class, reported greater subjective feelings of happiness and belonging.

“Weak ties are so important, and yet, it feels like we underestimate them,” she said.

“We have so many more of them than we have strong ties, and they’re so much easier to build. And they can do a good job in filling in gaps.”

Effect of small interactions adds up

Such interactions can help people compensate for some of the deeper connections they’ve lost in the pandemic, Sandstorm said.

“These interactions feel so superfluous that you don’t really seek them out in the same way,” Aitken said. “So for me, I’ve had to make a real point of scheduling in casual interactions, like going to CrossFit, where I largely just stand around and talk to people behind a mask four metres away. It’s honestly been a major thing to keep me well.”

Even chatting with a stranger at a coffee shop leads to a greater sense of belonging and happiness, another of Sandstorm’s studies suggested.

WATCH | The challenge of solo living during the pandemic: 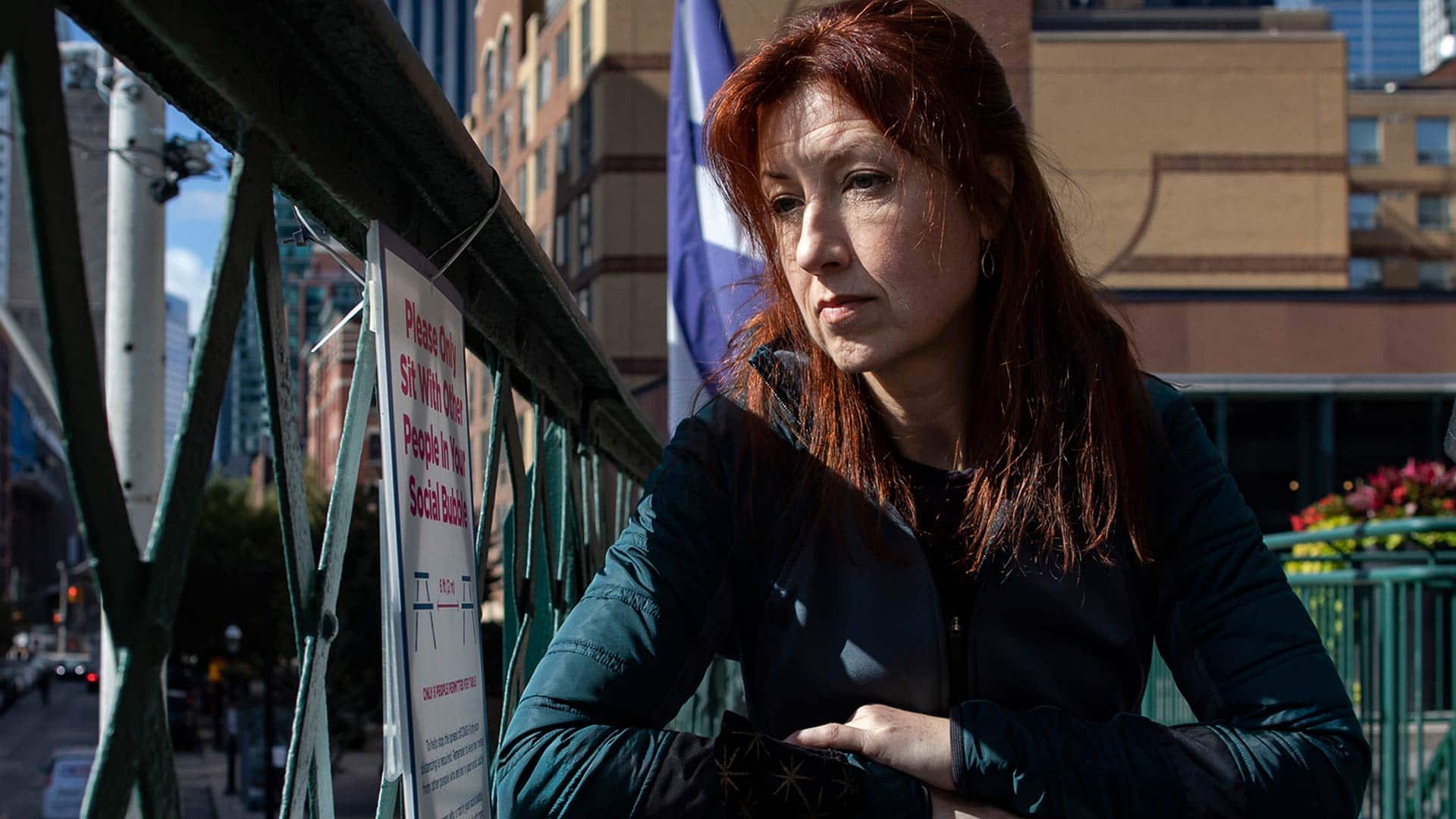 Tighter COVID-19 restrictions a struggle for those living alone

As public health officials urge residents to limit in-person social interaction to their own households, adherence is especially daunting for people who live alone.1:52

Sandstrom instructed one-half of the 60 participants to smile, make eye contact and have a brief conversation with the barista at Starbucks and the other to be as efficient as possible. Those who made an effort to talk to the barista experienced more positive emotion and felt more of a sense of belonging after leaving.

However, Sandstrom said, we often don’t take advantage of these potential boosts in mood when we cross paths with each other.

“I think people are so focused on efficiency that they’re losing out on these moments of connection and maybe not even realizing they are doing it,” Sandstrom said.

“Each individual conversation with a stranger or weak tie isn’t necessarily anything special, but they add up to something which is even more important — a sense of trust and community.”

Sandstorm’s latest, yet-to-be-published study suggests that talking to strangers not only alleviates loneliness, but also increases feelings of trust and benevolence toward others.

During the pandemic, she paired 64 strangers with each other and had them connect virtually for a conversation. Not only did people feel less lonely and isolated; she also found their general sense of trust in others and perceptions of others’ benevolence were higher after having a conversation with a stranger.

“Now, I go out of my way to talk to strangers,” said Sandstrom. “Even though I’m still an introvert.”

Community ties help — even at a distance

As jurisdictions around the world move to tighten restrictions in response to rising numbers of COVID-19 cases, these weak ties that we previously took for granted are threatened. Physical distancing has pushed most of us away from in-person interactions in favour of communicating by email or text, using self-checkouts, or doing our shopping online.

University of Queensland’s Jetton said it’s important to be aware of interactions.

“We have all these devices that measure our steps…. Maybe we need to start measuring the social connections that people have and help them make plans on how to expand their social network,” Jetton said.

While it might be hard to have casual social interactions in person, Jetton’s research suggests that merely belonging to a group can be one way to reap some of the benefits of weak social ties. Her studies suggest that belonging to a group, regardless of the strength of individual ties within the group or physical proximity, improves well-being.

We can still feel like a community member, even when the connection is impeded by something like a lockdown. Coming together for virtual church services, or art classes, or to sing, or cheer and bang pots and pans from apartment balconies are all ways we’ve adapted to stay connected, even when our immediate friends and family are physically distanced.

So while the provinces are tightening restrictions, limiting our chances for holiday gatherings, connecting with weak ties — from chatting with strangers on the street to singing as a group on Skype — can help substitute for some of the deeper connections that are physically out of reach right now.