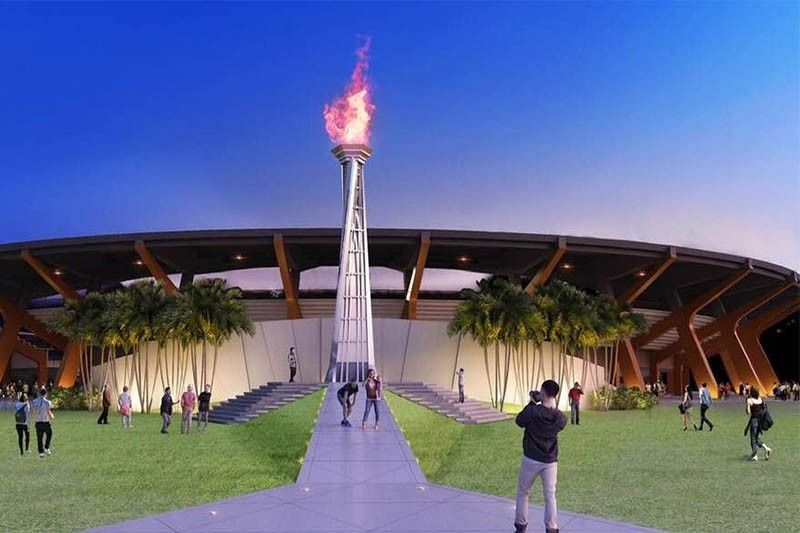 In an interview with television host Boy Abunda on September 25, Cayetano said the government did not pay for the construction of the cauldron, which was labeled as “overpriced” and “extravagant” by critics.

“People will be surprised because the government didn’t spend a single cent on it. Because the private sector paid for it,” he said.

Cayetano, who was chair of the Philippine South East Asian Games Organizing Committee (PHISGOC) in 2019, said the cauldron was much cheaper than the ones used in the previous editions of the SEA Games.

The cauldron was designed by the late National Artist for Architecture Francisco Mañosa, who is regarded as one of the most influential Filipino architects of the 20th century.

“I could have come up with a more humble one. Pero debut natin ito sa buong mundo. Pinapakita natin na yung facilities natin (ay) world class (But this is our debut to the world. We wanted to show that our facilities are world class.),” Cayetano said.

The former PHISGOC chair also said unfounded accusations of corruption about the cauldron pushed sponsors to withdraw funding for the 2019 SEA Games.

Cayetano also said he never profited from the SEA Games.

More than 5,000 athletes from 11 countries participated in the 2019 SEA Games. Breaking its previous records, the Philippines emerged overall champion and secured a total of 387 medals, 149 of which were gold, when the games drew to a close in December 2019.

Olympic Council of Asia Vice President Wei Jizhong praised the organizers and President Rodrigo Duterte for the successful hosting of the SEA Games, saying the country is prepared to host larger sporting events.