Changing of the guard

When Conversations asked for an exclusive interview, Lauren (shouldn’t we start calling him “Mr. D”?) politely begged off and said to wait for his official assumption of the position effective Jan. 1, 2021. 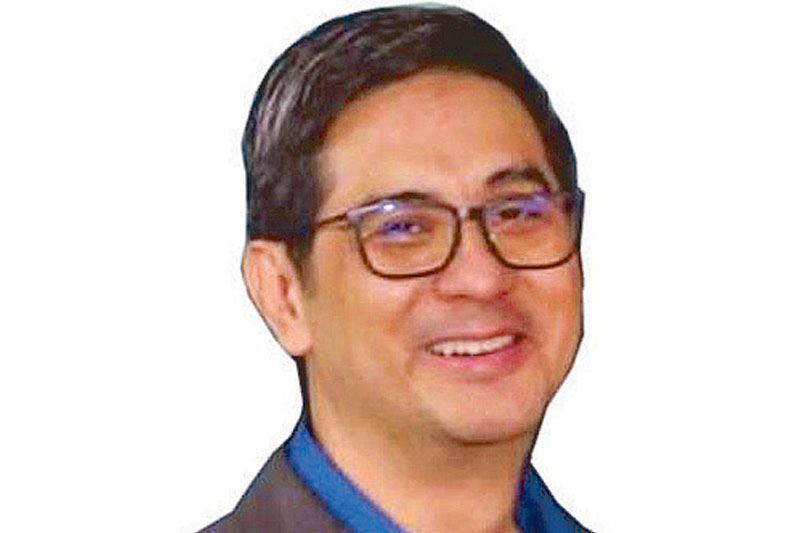 Laurenti Dyogi, the new head of the ABS-CBN Star Magic: It’s an exciting challenge. I am looking forward to mentoring, nurturing and honing the current and future stars of the industry.

What was your reaction when offered/tapped to replace Mr. M as head of Star Magic?

“It took some time for me to take in the magnitude of the appointment. It will be quite a challenge to concurrently head Star Magic and Entertainment Production. But I fully understand that it is part of our evolution as a company brought about by the non-renewal of our franchise. It’s an exciting challenge. I am looking forward to mentoring, nurturing and honing the current and future stars of this industry. 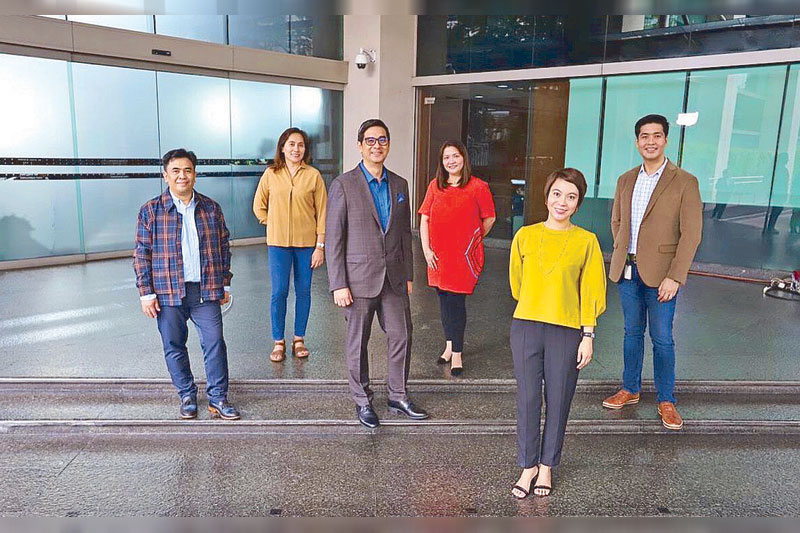 “I spent the last quarter of 2020 immersing myself in Star Magic — talking to everyone who is staying in the team, as well as the majority of the artists. Everything was done virtually. I would have preferred to meet with and talk to them personally but all that will have to happen in the future. Through all these, I am very grateful to Ms. Mariole Alberto for ensuring a smooth transition in leadership. I still get to consult her once in a while.”

Would you say that Mr. M was a “tough act” to follow or “easy does it”?

“Truth be told, I can never aspire to be a Mr. M. He is an icon in the industry and there will only be one Mr. M. I am privileged that I had him as a mentor when I was once part of Star Magic as training director in the ‘90s. Mr. M will always be considered as the founder of Star Magic together with FMG (Freddie M. Garcia). I will honor his legacy and will work hard to preserve and grow what he built for 28 years.” 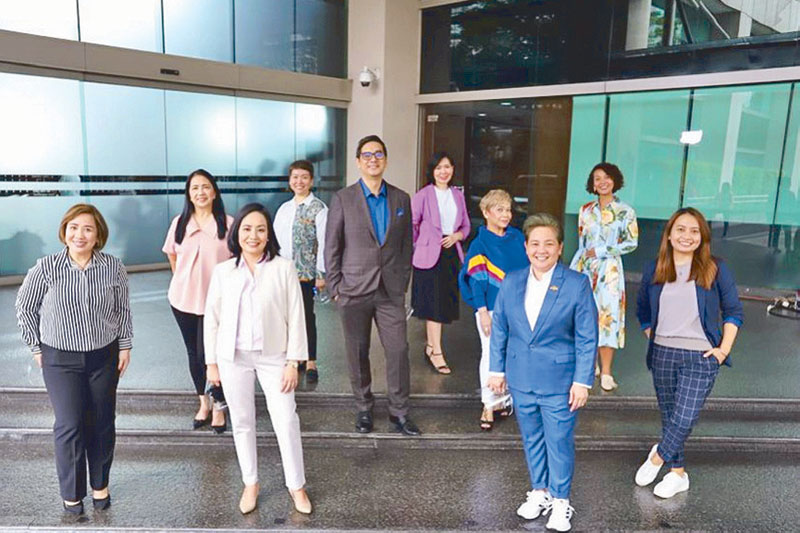 Would you agree if people say that you have a wealth of experience to tide you over the challenges of the position?

“I have been in ABS for more than three decades working in various capacities (directing, producing and management) which means a lot of relationships built over time. I have discovered talents through the various reality shows I was part of, particularly PBB (Pinoy Big Brother) and my stint as a judge for Star Circle Quest. I have to admit though that talent management is new to me. I am actually quite excited with the prospect of charting career paths for our roster of artists, building their brands, exploring new territories and platforms, as well as to continue discovering, developing and nurturing new talents to stardom.

“It is also an advantage that I had the best mentors in the industry from Charo Santos-Concio to Malou Santos, the best colleagues and creative minds in the industry, plus very supportive bosses, Sir Carlo (Katigbak) and Sir Mark (Lopez). Of course, Tita Cory Vidanes who has patiently held my hand through all my career changes in the past decade.”

How long have you been with ABS-CBN and what were the (managerial) lessons you have learned along the way?

“I started in 1989 as a production assistant for Tonight with Dick and Carmi and worked up the ladder to be an executive producer and director of various genres from talk to variety and drama. My toughest assignments were Calvento Files, Gimik, G-mik and my only soap opera Kay Tagal Kang Hinintay where we launched the John Lloyd Cruz-Bea Alonzo loveteam. I also directed five movies until I became too busy as business unit head for Big Brother and other reality formats. I took on the position of head of TV production in 2012. So that’s a total of 32 years with the company.

“In ABS, our core essence is ‘In the Service of The Filipino.’ We create and produce for our audience. Our personal preference comes second only to our audience.

“Our strength is in our team and in teamwork. Every member is a significant part of the company. From the crew, the creatives, the producers, to the managers and the artists. It took decades for us to institutionalize our creative and production processes.

“What I learned from my boss, Cory Vidanes, is to communicate constantly with people and maintain good and honest relationships. And as our industry is very small, never burn bridges.

“I guess I am also at the stage in my life where I want to give back and mentor people. Being head of Star Magic will give me the opportunity to fulfill this.”

What was your job before you joined ABS-CBN (school and course you have taken)?

“My primary and secondary education was in Colegio de San Juan de Letran in Intramuros, Manila. I earned my Broadcast Communication degree at UP Diliman. I took my MBA at age 50 at INSEAD (Institut Europeen D’administration Des Affaires/ European Institute of Business Administration) in Singapore. Straight from college, I worked for Martin After Dark in GMA as a writer, then took on other freelance jobs in Channel 13 at Broadcast City, then in 1989 I joined ABS CBN.”

How many Star Magic members have there been these past two decades and eight years?

“Star Magic started with 35 artists for Ang TV in 1992 and grew to 250 artists, kids included. There have been hundreds of artists who have been part of Star Magic during its 28 years of operation.”

Have you started counting how many have so far left (moved to other channels/management) and how many are left?

“There are a few artists who left last year, most notable are Julia Barretto and Bea Alonzo. As Mariole shared with me, this has happened in the past wherein artists, at a certain stage in their lives, opt to have other priorities and objectives that are no longer aligned with Star Magic. Maybe it’s like graduating from your alma mater. Some of them come back while others completely move away from the industry.

“At this point, my focus is on our numerous stars who have stayed in Star Magic and ABS-CBN. When someone leaves, that opens up the time and resource to the next generation of stars. It will always be a continuous cycle.

“We still have hundreds in our roster and continue to have new recruits, especially with the consolidation of Star Hunt, Rise of Star Cinema and other discoveries from all our talent programs.”

How is your management style similar to and different from that of Mr. M and what changes are you going to implement and what will you retain (Star Magic Ball, etc.)?

“What I can bring to the table is the ability to unite TV production and talent development and be more efficient in our processes, especially during these challenging times. I also would like to expand the division, be more aggressive in content creation and digital production. My dream is also to build Star Magic as an International Talent Agency servicing international productions. I would also like to strengthen our partnership with other independent managers and talent agencies.

“As ABS-CBN is evolving as a company, Star Magic will definitely evolve alongside its mother company. We have big plans for future expansion. To be a top Asian talent agency servicing a global market is very exciting for all of our artists, partners and management team.

“As for our annual ball and sportsfest, maybe we can continue the tradition when it is possible to have mass gatherings. E-sports may be our next best alternative for now.

“We are definitely thinking of holding events that will help strengthen relationships between and among our artists and managers.”

Aren’t you doing any “loyalty check” considering that Star Magic members have grown to consider Mr. M as a father figure?

“I have spoken to most of the artists but I cannot expect everyone to be loyal to me or Star Magic or even ABS-CBN. Every artist has his/her own reasons for staying or leaving depending on their current needs and circumstances. We just need to give each other the courtesy and respect to express our decisions and the choices we make. Relationships are built on trust and that takes time.

“I am here to give guidance and help those artists willing to start fresh with me and my team. I am committed to the work. To help them fulfill their dreams and attain their fullest potential as artists, industry players, good citizens and human beings. We will also assist in transitioning some artists to different roles in content creation. Some may become producers, writers or even directors.

“Most importantly, I am very happy that the majority of the original talent managers and handlers of Star Magic are still around to help me.”