Charlie against the giants

It was a big upset, Charlie pitted against some of the industry’s acting (multi-awarded) giants such as Nora Aunor (Isa Pang Bahaghari), Sylvia Sanchez (Coming Home) and Iza Calzado (Tagpuan), the biggest surprise of the yearend.

“Sunday night, I went to direk Antoinette’s place to watch the (online) Gabi ng Parangal,” Charlie recalled. “Hindi ko talaga expected. When my name was announced as the winner, nagwala kami ninadirek. Soon, everybody was congratulating me. My parents were just as excited. They were at home watching the awards night online.” 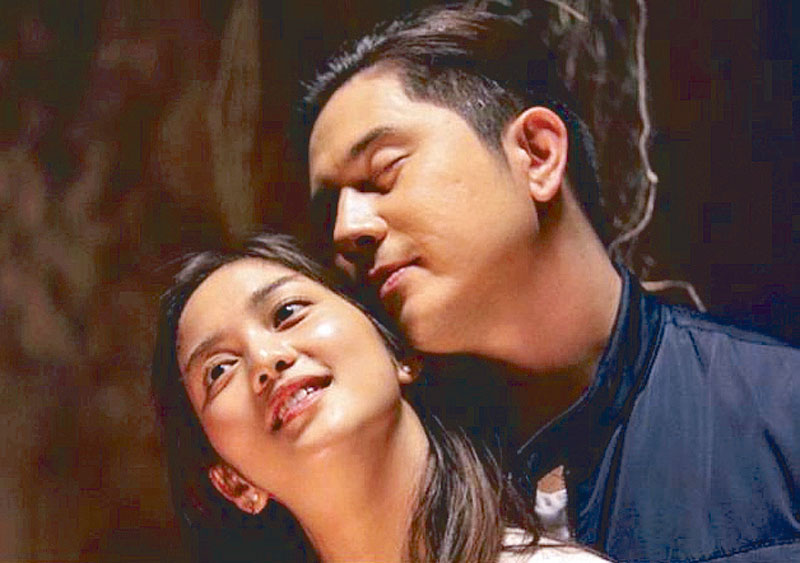 In Fan Girl with Paulo Avelino who won Best Actor…

Co-produced by Antoinette and Dan Villegas’ Project 8 San Joaquin with Epicmedia, Black Sheep Productions, Globe Studios and Crossword Productions, Fan Girl is the story of an obsessed teenage girl (Charlie as Jane) who spends a memorable night with her idol (Paulo). It premiered at the 2020 Tokyo International Film Festival (TIFF) before it competed at the 2020 Tallinn Black Nights Film Festival (TBNFF) in Estonia. It’s also leading the nine other entries in the box office.

Of course, there’s nothing wrong with teenagers admiring their idols but not to the point of obsession.

As Antoinette reminded in her thank-you speech, “I hope that after we have all seen Fan Girl, we will remember to raise our children and young girls in a liberating Philippines. They should always remember that they’re the future of our country and that we, as elders, should give them the right things to emulate.”

Although a fan herself like Jane, Charlie (real full name: April Rose Dizon Matienzo) said that she is not the “obsessive” type.

“Reserved na fan,” she qualified. “Mahiyain talaga ako in real life. I am shy. During the shoot, direk told me not to judge my character, to forget my real self and think that I am Jane.”

“I have actually seen Paulo a few times and I would have my picture taken with him. Once, I met him during the shoot of one of his endorsements at nagpa-picture ulit ako.”

During the audition, Antoinette asked Charlie if she was Paulo’s fan and Charlie replied yes, very coyly, keeping her excitement under control.

“Then, direk pointed to the door and told me, ‘Hayun si Paulo!’ at doon nawala ang poise ko. Napatili ako! Hahaha!!! That’s when direk was convinced that I was really Paulo’s fan.” Actually, Paulo was not around during Charlie’s audition.

“I was asked to act in a scene where Paulo and I were drinking. There was a stand-in for Paulo. Direk asked me if I’d like to look at (the stand-in who turned out to be the acting coach) or at the camera, and I looked at (the acting coach), pretending that he’s really Paulo. Direk told me to remove my make-up; in the movie, wala talaga akong make-up. Honestly, when I got to the audition, I felt strange. The other auditionees were very young, mga 15-16-17 ang edad and, I wondered, ‘What am I doing here?’ But you know, I desperately wanted to have a job, so…”

How did she feel during her kissing scene with Paulo?

“I was conscious and a bit nervous because when it was shot, I wasn’t close to Pau yet,” she laughed.

Good thing her boyfriend didn’t get mad at her?

“I don’t have a boyfriend!”

Before her big break in Fan Girl, Charlie went through what she described as “the darkest phase” of her life. She’s an avid fan of K-pop. In college, she and her friends would perform in mall shows as K-pop impersonators. She actually auditioned and went to Korea to train for a K-pop group until an issue about her visa cropped up. (During that training, she met and became close to Momoland’s Nancy McDonie, whose ABS-CBN series with James Reid is pushing through this 2021.) Two of her fellow trainees joined other groups and Charlie came home empty-handed, broken-hearted.

“Pinagdasal ko ‘yon kay St. Jude (Thaddeus, Patron of the Hopeless). At that time, walang nagpapa-audition dito na Koreans so I went to Seoul. But I guess it wasn’t meant for me, although grabe ang dasal ko, pinag-novena ko…nine times a day for nine days. Natupad lahat including what month I would be called to Korea. Noong binawi, I got depressed. I didn’t go out of the house for several days. I didn’t want to show myself to people. I stopped schooling (Ateneo) and went to Korea pero nothing happened.” Four Sisters Before the Wedding co-stars (left) Alexa Ilacad, Gillian Vicencio and Belle Mariano. All of them are Star Magic artists.

She continues to pray to St. Jude.

“Before the Gabi ng Parangal,” she revealed, “I went to the St. Jude Church to make a novena. I lit a candle before I proceeded to direk Antoinette’s place.”

It turned out that bigger things were in store for her. In 2018, she joined Star Magic and was given the boy name Charlie by Charo Santos-Concio (“I like the sound,” Charo was quoted as saying, “very unisex, very unique for a girl”). Star Cinema cast her in Finally Found Someone and Seven Sundays, and ABS-CBN in the TV series Bagani and A Soldier’s Heart. She’s in the cast of Four Sisters Before the Wedding, a prequel to Four Sisters and a Wedding (now streaming in Kapamilya platforms).

Any expectations now that she’s on the brink of stardom?

I guess she will have to make another novena to St. Jude.