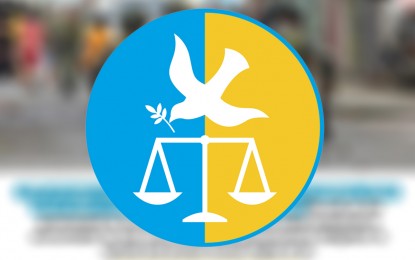 MANILA – The Commission on Human Rights (CHR) on Wednesday urged the government to include inmates in the priority list for the vaccination program against the coronavirus disease 2019 (Covid-19).

In a statement, CHR spokesperson Jacqueline de Guia stressed the “multitude of vulnerabilities” that detainees face inside detention facilities nationwide.

“Given the limited supply of Covid-19 shots in the country, fair access to vaccines, including who should be first in line, requires the government to define priorities based on the level of vulnerability to the virus,” she said.

She added that detainees are exposed to vulnerable conditions due to “overcrowding prisons, poor healthcare services and higher rates of preexisting medical conditions among prison populations, especially the elderly inmates.”

De Guia said while the authorities exert efforts to decongest jails following policies crafted by the Department of Justice (DOJ) and the Supreme Court, “the situation remains critical in these institutions as they still emerge as Covid-19 hotspots.”

“We urge the government to lend clarity on the country’s vaccination plan, policies, and treatment strategies as the impact of the pandemic is graver for vulnerable populations, including those incarcerated,” she said. “No one should be left behind.”

The CHR also called on the government to provide updated data on Covid-19 infections and fatalities in prisons so the situation inside detention facilities can be assessed.

De Guia said that the access given to the CHR, as the lead agency in the Interim National Preventive Mechanism, would inform policy recommendations to address gaps and alleviate the condition of persons deprived of liberty.

“The right to health is an internationally recognized fundamental right belonging to prisoners. In developing national vaccination plans, it should not discriminate against those held in detention,” de Guia added.

She added that those classified as high-risk inmates for Covid-19 should be prioritized for inoculation with the same treatment with comparative groups in the general population. (PNA)