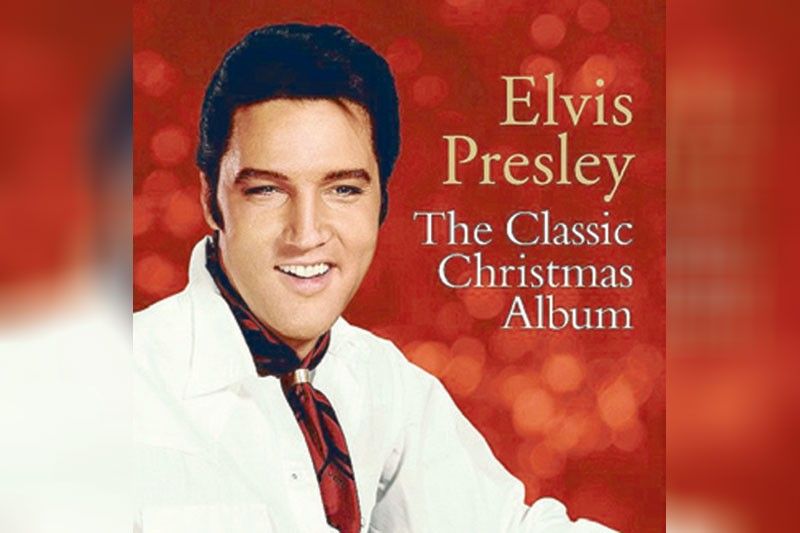 Jose Mari Chan’s Christmas in our Hearts has emerged from hiding. The Yuletide Season is upon us. We now have the perfect excuse to binge on Christmas sounds. We should. I believe that the familiar warmth of these songs can help soothe the frazzled nerves of many of us. who are now facing the prospect of another coronavirus infested Christmastime. And I have found the albums, three gorgeous classics filled with the blend of joy and hope that only Christmas can bring.

Snowfall: The Tony Bennett Christmas Album. When one of the greatest vocalists of all-time sings Christmas songs, the result is pure enchantment. That is a fact when he is in a swinging mood with, I Love the Winter Weather and I’ve Got My Love to Keep Me Warm; when he is singing a time-worn medley of We Wish You a Merry Christmas, Silent Night, O Come All Ye Faithful and Jingle Bells; and most of all with his forte, the Christmas standards, The Christmas Song, Have Yourself a Merry Little Christmas and White Christmas.

Now, there are several Tony Bennett Christmas albums available nowadays. All of them are excellent. But this one, which is a reissue of the original first released in 1968, is the most special. Included in the lineup is the rarely-heard beauty Snowfall. The arrangement by Robert Farnon, who also did the entire album, conjures up images of the snowy Christmastime that Pinoys always dream of. Then, there is the album cover. The vinyl edition features images of paintings by Bennett, who happens to be also an acclaimed painter.

Also included are Santa Claus is Coming to Town, Winter Wonderland, My Favorite Things, Christmasland and Where is Love.

Elvis Presley: The Classic Christmas Album. Speaking of cover art, the cover of this album shows the King of Rock and Roll young, bright-eyed with a crooked smile on a red background. It is a Christmas morning smile. I believe the picture comes from 1957, the year when most of the songs in this album were originally released. That photo should be enough to get Presley fans to buy this compilation. But there is more. Special copies come in snowflake flecked clear vinyl. How’s that for a real Christmas treat.

As for the songs, I would have prepared that the digitized duets with Carrie Underwood, I’ll Be Home for Christmas and Martina McBride, Blue Christmas, were not included. When you say the Elvis Presley Christmas album, I expected to hear only Elvis, although those duets came out nice. As for the rest, there is no question that Elvis felt every deeply about Christmas and you can hear that in the way he sang these beautiful songs.

Also included are originals like The Wonderful World of Christmas, Holly, Leaves and Christmas Trees, Home on Christmas Day and If Every Day was Like Christmas.

Mariah Carey: Christmas. Pop music lore has it that Mariah Carey composed All I Want for Christmas is You in 15 minutes. That is the way things are when magic happens. Only 15 minutes and Christmas is now never complete without the iconic song. It is no wonder then that Mariah’s record label makes sure to come out with special editions of the album from 1994 from time to time. And the fans just keep buying.

The latest is Mariah Carey: Christmas and it is a loaded package of Christmas cheer that is truly irresistible to Mariah and Christmastime diehards. The original album comes complete with an extra cut, God Rest Ye Merry Gentlemen. Two versions of All I Want for Christmas is You are featured, the original and an a cappella version. Both sound great. Then there are live tracks and remixes of cuts from Mariah’s Merry Christmas II You and The Star albums. I Love Christmas is in the Air Again, Lil Snowman, The Star and a gorgeous duet with John Legend, When Christmas Comes.

The reissue comes with booklets, new pics, intro by Mariah, and a listing of All I Want for Christmas is You milestones. But I have one beef. It would have been nice if the LPs were in the same red vinyl used in the 20th anniversary edition. That really felt Christmasy.