This is the story of one remarkable woman searching for another, separated by thousands of years.

With unimaginable wealth and power, Cleopatra was the greatest woman of an era and one of the most iconic figures of the ancient world. Searching for Cleopatra,a documentary from The Nature of Things, explores her political genius, scholarly accomplishments and history-making alliances with Julius Caesar and Mark Antony.

Cleopatra's fascinating mythology has captured the imagination of everyone from Shakespeare to Hollywood, as well as generations of historians — and, now, lawyer-turned-archaeologist Kathleen Martinez.

Martinez has devoted nearly two decades of her life to perhaps the greatest mystery of all: Cleopatra's tomb has never been found.

But how is it possible that the most famous woman of the ancient world remains missing today?

"Because Cleopatra outsmarted everyone," Martinez says.

Martinez has a fascinating life story herself. Born and raised in the Dominican Republic, her family's library was the largest private book collection in the Caribbean.

She skipped grades at school; grew skilled at piano, chess, swimming and martial arts; listened to the country's top intellectuals debating in her family home; graduated law school at 19 years old; and eventually built her own legal firm.

Later, she earned a master's degree in finance, and then a master's in archaeology. Studying ancient worlds ignited a lifelong passion for Martinez — the mysterious and missing queen of Egypt.

"Since I was a kid, I dreamed of being face to face [with] Queen Cleopatra," Martinez says. "I imagined going down inside narrow tunnels to her hidden tomb … to find two [sarcophagi]: Cleopatra's and Mark Antony's."

Though she ruled thousands of years in the past, Martinez says Cleopatra still matters today. She points out that our current calendar traces its roots back to the Egyptian leader, although typically only credited to Caesar and a 16th century Pope. She also set a precedent for powerful women, Martinez adds.

"Cleopatra made great contributions to human knowledge and opened us to the world we have now," she says. "Every time we see a professional woman — such as a doctor, a scientist or a philosopher — we should think of her." 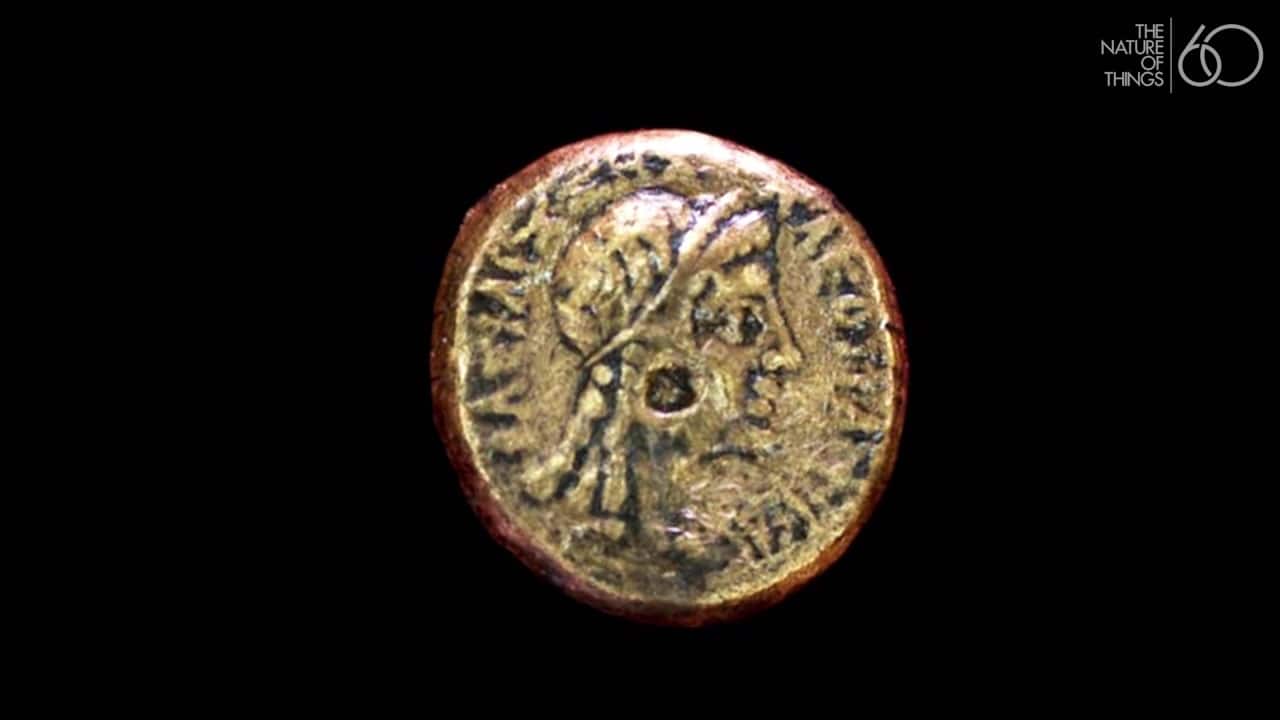 The Nature of Things

Every ruler of the day had their likeness minted into coins. An incredible find, at the temple of Taposiris Magna, displays Cleopatra's face, providing compelling evidence of her actual appearance.1:43

The woman behind the legend

Searching for Cleopatrais not just about searching for a tomb — it's also about uncovering the truth.

Who was Cleopatra? She has been portrayed at times as a sinister seductress, a "sex kitten" and a "fast woman," as the documentary shows. Lively debate has even been devoted to whether she was attractive.

Martinez says the ancient ruler was misunderstood, and most of what we knew about her came from the Romans, who considered her a rival. An opposing regime could not be a reliable source on her life and legacy.

Cleopatra was queen at 18 years old, spoke nine languages, studied politics, economics and mathematics. At 21, she was in the Sinai desert, raising an army and plotting her return to the throne. Her brilliant manoeuvres won personal and strategic alliances with Caesar and Antony, changing the course of history. She wasn't even Egyptian — she was a descendent of Macedonians known as the Ptolemies.

"She was a sage, a philosopher, who elevated the ranks of the scholars and enjoyed their company," El Daly says in the documentary. "Her looks are completely irrelevant."

'The world has never forgotten you'

Martinez's team has been digging for 14 years. She's unearthed exciting artifacts linked to Cleopatra at Taposiris Magna, an ancient temple outside of Alexandria, Egypt.

Cleopatra may be resting there. And if Martinez finds her, the journey will have only just begun.

"The ancient Egyptians speak to us through their tombs," she says. "If I discover her tomb, many myths about her will be unveiled."

A discovery means a massive archaeological undertaking of cataloguing the tomb and its treasures, excavation and restoration, moving artifacts safely and interpreting the historical meaning behind its contents.

Martinez imagines her first words if she actually found the lost ruler. "I would get close to Cleopatra's sarcophagus first, touch it and tell her, 'The world has never forgotten you, Queen Cleopatra,'" she says.

It has been more than 2,000 years since the queen "outsmarted everyone" in hiding her eternal resting place. Cleopatra died by suicide after a military defeat, following Antony's own suicide.

Although the triumphant Romans plundered her legacy and life story, Martinez says Cleopatra was determined they would never find her tomb.

"She outsmarted Emperor Augustus and the Roman army," Martinez says. "She outsmarted the many historians and archaeologists who have looked for her for centuries.

"Even though Cleopatra was a Roman prisoner by the time of her suicide, she disappeared from captivity. She made sure that her human remains and Mark Antony's were hidden from the Romans and their descendants forever."

Watch Searching for Cleopatra on The Nature of Things.