Co-ops allow people of all incomes to live affordably in cities. So why aren’t we building more?

Share
Canada·CBC Investigates
There was a time when Catherine Munn didn’t know how she could afford to live in Vancouver as a single mother. Now, she lives in a bright, airy, one-bedroom apartment in east Vancouver for which she pays about half of what market rent would be.

There was a time when Catherine Munn didn't know how she could afford a place in Vancouver as a single mother.

Munn, 61, was in a BC Housing-subsidized rental, took transit and still struggled financially.

Now, she lives in a bright, airy, one-bedroom apartment in east Vancouver for which she pays about half of what market rent would be. (Munn did not want to disclose the exact figure.)

Average rent for a one-bedroom apartment in the City of Vancouver was $1,520 as of October 2021, according to the Canada Mortgage and Housing Corporation's Rental Market Report.

In her current apartment, Munn receives no subsidy and still has enough money to pay for a car and art supplies to paint in her spare time.

"Things are a lot easier financially," she said. "I can plan for a few little trips to visit people … [and] have more money to have a fuller life, to buy better-quality food."

Over in Burnaby, a stone's throw from Vancouver, John Bathurst, lives in the same complex as his three children, who are able to easily afford three- and four-bedroom townhouses for their families.

Munn is a care aide and Bathurst is a retired contractor. They are not millionaires, and yet they don't struggle with the cost of housing in one of the most expensive cities in Canada. That's because they live in co-ops.

Housing co-operatives are not a new concept. They have existed in Canada for decades and represent something of a middle ground between renting and owning — security of tenure without the often prohibitive cost of a down payment. Because they operate on a break-even basis, co-ops are often much cheaper than market rentals. They also tend to be more stable, because most cannot be sold.

In today's market, all of this makes co-ops an attractive option.

But there has been almost no co-op housing built in Canada since the early 1990s. With mortgages and rents increasingly out of reach for many Canadians, advocates say co-op housing is a model that should be massively scaled up. But those hoping to build more say they need help competing with developers in order to do it.

What is a housing co-op?

Similar affordability crisis in the 1980s

There are just over 92,000 units of co-op housing in Canada, according to the Co-operative Housing Federation of Canada.

The vast majority of them were built through dedicated programs in the 1970s and '80s, because governments at the time recognized there was a housing crisis, said Thom Armstrong, CEO of the Co-operative Housing Federation of B.C.

"This is going to sound really, really familiar," said Armstrong. "There was a crisis of supply and a crisis of affordability. People couldn't find places to live and if they could find them, they couldn't afford them."

Co-ops developed under these programs had between a third and half of their units reserved for low-income households who couldn't afford the break-even housing cost, Armstrong explained. The Canada Mortgage and Housing Corporation (CMHC) also guaranteed long-term mortgages of 40 to 50 years, which gave confidence to lenders and made payments more affordable, he said.

But shifting political priorities in the 1990s meant the money that funded these programs dried up, explained Tim Ross, executive director of the Co-operative Housing Federation of Canada.

"Different political priorities emerged around significant austerity cuts to social programs, as well as a belief that the free market is best placed to address people's housing needs," Ross said. "So we saw the cancellation of programs that were building tens of thousands of units of social housing a year, including co-operatives."

The lack of new units, combined with rising demand for affordable housing, means waiting lists to get into co-ops can be years-long — if the waiting lists are open at all.

Catherine Munn applied to 45 different co-ops. Some required her to renew her application every year. It was six years before she was finally offered a spot in 2018.

Even without a subsidy, Munn now pays about half of what she was paying with BC Housing, for a larger place.

"It's just so much friendlier and healthier," Munn said of her co-op community. "We have children running around outside and elderly people and millennials and middle-aged people. Just a wonderful mix of all different cultures and races."

Participating in co-op projects such as the landscaping committee helped Munn get to know her neighbours.

"I feel like I've got enough people," she said. "I can live alone and not be terrified. I mean, I'm not old yet, but I'm … going to get there and I just feel like I'm safe here, because we all look out for each other."

Bathurst also feels the security that comes from community, with his seven grandchildren growing up around him. He recognizes that having his three children as neighbours is unusual, something that is only possible because they can afford places large enough for their families.

"It's a diabolical anomaly that the Vancouver, Toronto housing markets are so inflated that young families can't afford a place to live," he said. "And putting in little boxes [where] people are isolated and mentally unfit to function is not the answer …Co-ops provide affordable living space."

Some co-ops in need of repairs

Because most co-ops were built in the '70s and '80s, some are now struggling with the cost of needed repairs. Some were able to factor these expenses into their housing charges; others have paid off their mortgages and are able to secure new financing through banks. But some need funding from governments in order to do it.

A spokesperson for federal housing minister Ahmed Hussen said xxxxx (this will touch on federal money to repair co-ops that are in need of repair) Ed note: accountability coming Monday. The feds sent one response already but it wasn't precise enough so I've gone back at them to provide more detailed figures of how much they've spent on repairs for co-ops, building new co-ops, etc.

Armstrong, CEO of the Co-operative Housing Federation of B.C., says he knows of several co-ops that have been able to secure funding through the National Housing Strategy. He also says a B.C. government investment of $7 billion over 10 years to create affordable housing is producing some new co-ops in the province.

Governments have to decide if they're willing to allow housing to continue to be an asset class in someone's investment portfolio or if they're interested in creating market conditions in which housing can just simply be a home for someone.

"But this is nothing like … what you might call a co-op boom that we saw principally in the early to mid '80s."

Ross, of the Co-operative Housing Federation of Canada, points out the National Housing Strategy programs are open to private developers creating rentals, but there is no guarantee rentals will stay affordable over the long term.

"In a co-op or a non-profit, because the rent or housing charge structure is meant to be break-even covering operating costs, paying the mortgage and setting aside some money for future needs, you see much … greater depth of affordability and more stability year to year in terms of cost of living."

To create more co-ops, non-profit developers such as B.C.'s Community Land Trust need to be able to compete with developers to buy land and buildings to turn into co-ops, Armstrong says.

Placing land and buildings in trust removes them from the market forever and ensures homes remain affordable, Armstrong said. In a city like Vancouver, where land is scarce, this is a challenge, but he said it needs to happen on a much larger scale if the affordability problem is to be addressed. This requires co-operation and co-ordination from all levels of government.

"Governments have to decide if they're willing to allow housing to continue to be an asset class in someone's investment portfolio or if they're interested in creating market conditions in which housing can just simply be a home for someone….The choice really is that stark.

"And if the answer is no, housing is an equity investment and we're going to continue to treat it that way, then we're condemning a whole generation of people to living in unsuitable or unaffordable housing, or not being able to find a home at all."

John Bathurst doesn't worry about the fact that he has no house to leverage for equity in his retirement. In fact, he questions the mentality that makes people think this is necessary.

"This planet's in trouble. And part of the attitude that has us in trouble is this whole thing that … 'somehow or another I'm going to cash out with … a huge amount of money.' Like, why?

"We can't sustain ourselves as a race unless we [look at] the way we do business."

Tara Carman is a senior reporter and data journalist with CBC’s national investigative unit. She has been a journalist in Vancouver since 2007 and previously worked in Victoria, Ottawa and Geneva. You can reach her at tara.carman@cbc.ca or on Twitter @tarajcarman. 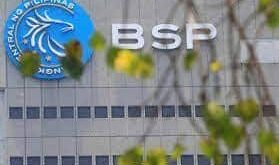 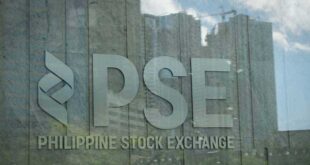 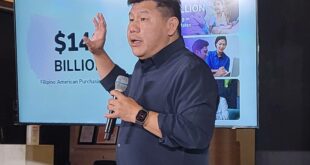 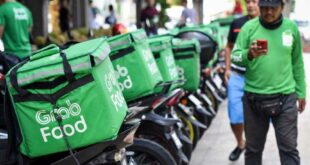