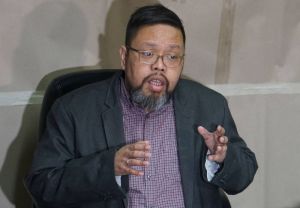 COMMISSION on Elections (Comelec) spokesman James Jimenez guaranteed the multi-million contract an event organizer had signed with Sofitel Philippine Plaza (SPP) to hold a series of presidential debates without seeking authority from the Comelec en banc.

The debates, originally scheduled over the last weekend, were called off amid financial issues between the organizer, Impact Hub Manila (IHM), and SPP, the venue hotel.

Documents obtained by The Manila Times showed that Jimenez assured Philippine Plaza Holdings Inc. (PPHI), which owns the hotel, that IHM will honor its obligations for staging the debates.

The Comelec had provided IHM a budget of P15.3 million for organizing “Vote Pilipinas,” the debates featuring presidential and vice presidential candidates.

As of April 20, the PPHI was yet to receive the balance of P14.095 million, because the checks issued by IHM bounced.

In a demand letter, PPHI complained the checks were “dishonored” by the banks “for being drawn against insufficient funds.” The Comelec was forced to reschedule the debates to April 30 and May 1 while the payment mess was being sorted out.

Jimenez's role in the controversy emerged in a two-page letter that he wrote, a copy of which reached The Times.

Dated April 1, 2022, the letter was addressed to SPP General Manager Olivier Larcher. In it, Jimenez assured Larcher that the event organizer will settle its dues.

“As the end-user of the said service contract, I commit that my office will closely monitor all budgetary disbursements to ensure that the allocated budget is apportioned to the activities that the service agreement stipulates,” Jimenez wrote.

It now appears that the Comelec spokesman was trying to fix the problem on his own, with no authorization from the Comelec en banc.

Such a decision needed an en banc resolution, The Times was told. Jimenez is not an en banc member.

It was learned that Jimenez was even pushing the poll body to assume IHM's unpaid account.

“Likewise, in full support of the team behind Impact Hub Manila and its founder Celeste Eden Rondario, I would like to offer my vote of confidence that the provider will honor the checks due to [PPHI],” Jimenez said.

“We hope that with the above proposal, Sofitel will allow the adjustment of the terms of the contract, dated March 10, 2022, specifically on their payment schedules. On behalf of the Commission on Elections, I thank you for your continued support,” he said.

Comelec Commissioner Rey Bulay has asked Jimenez and several other officials to explain the postponement of the debates and the scrape over the payment to the venue hotel.

Commissioner George Erwin Garcia said he wants to find out who is liable and what sanctions they will face.

Jimenez, who is supposed to submit his answer to Bulay today, has withheld making any comments to the media.