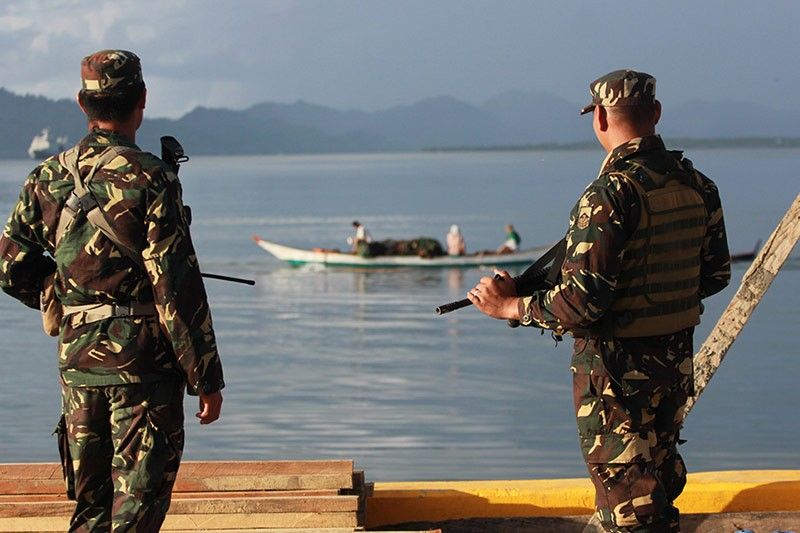 In December 2018, Philippine Defense Secretary Delfin Lorenzana revealed that the Department of National Defense (DND) was reviewing the 1951 Philippine-US Mutual Defense Treaty (MDT) as he questioned its relevance in the second decade of the 21st century.

During a press briefing, he stated that the time had arrived for the MDT “to be revisited, given that its provisions were formulated in the early 1950s.”

Lorenzana admitted that the Philippines had benefitted from its alliance with the US because of the MDT and its side agreements like the 1997 Visiting Forces Agreement (VFA), and the 2014 Enhanced Defense Cooperation Agreement (EDCA). Still, he wanted to see “how the treaty is helping the Philippines position itself in a rapidly changing regional security environment marked by deepening US-China geopolitical rivalry and brewing tension in the Taiwan Straits”

The MDT in retrospect

The 1951 MDT is the sole legal foundation of 21st century Philippine-US alliance. However, when Manila and Washington signed the treaty in 1951, the MDT was deemed as a mere supplementary agreement. It was not intended to deter external threats the two allies might face in the Western Pacific as it was just an addendum to the 1947 Military Bases Agreement (MBA).

The MDT merely established a consultative security relationship; this relationship was expressed in broad terms as the US resisted the inclusion of any additional provision. It was not negotiated and signed as an actual mutual defense treaty against any possible armed attack on the Philippines. It simply provided for mutual consultation rather than an automatic assistance.

From 1947 to 1991, the MBA was deemed the most important agreement in Philippine-US security relations. This was because the US military bases in the Philippines loomed large, not only in the security of the host country, but the whole of Southeast Asia. US forces operating from the Philippine bases secured sea and air lances in the entire Philippines archipelago and provided for the regional defense for Southeast Asia.

Two developments in the early 1990s led to the MDT’s transformation from a mere supplementary agreement to the 1947 MBA to being the legal cornerstone of 21st century Philippines-US alliance. The first eventuality was the withdrawal of the American forces from the Philippine bases in November 1992. The second was the US’ and the Philippines’ decision to keep their alliance.

In November 1992, before the last US marine left Subic Bay, and when Manila and Washington decided to keep the MDT in force without any amendment, the two allies also agreed to convene the Mutual Defense Board (MDB) every three months. This was to provide an effective mechanism for consultation on mutual security concerns.

Washington, however, downgraded its political and security relations with Manila by declaring that the US could not guarantee the external defense of the Philippines since American forces had been deprived of vital military facilities from which they could operate.

Then Defense Secretary Voltaire Gazmin and former US Ambassador to the Philippines Philip Goldberg signed the EDCA on April 28, 2014. It was not a new security pact; it was merely an updated version of the 1951 MDT as it provided the framework by which the Philippines and the US could develop their individual and collective (defense) capabilities. Such a task can be accomplished through the rotational deployment of American forces in agreed locations inside five Philippine Air Force (PAF) bases.

American use of these five operationally agreed locations all over a sprawling archipelagic country along the South China Sea is aimed to neutralize China’s planning and efforts in denying US forces from operating in the disputed waters and thus, forcing US Navy’s ships and planes to operate from distances farther than what the US military would prefer otherwise as futile. This is because American use of these airfields all over the Philippines will facilitate the rapid deployment of US air assets from Hawaii, Guam, and Australia in case of a crisis in the South China Sea. The EDCA will enable the US to honor American treaty commitment to the Philippines under the MDT if armed conflict erupts in the West Philippine Sea.

The EDCA’s original objectives, however, cannot be realized because of the change in Philippine foreign policy under the Duterte administration. Upon his assumption to the presidency, President Rodrigo Duterte showed his bias toward Chinese strategic interests in the South China Sea. He began weaning the Philippines away from the US.

The EDCA became a victim of this change in policy. First, the EDCA’s original goals of assisting the AFP’s modernization program and developing the US forces deterrent capability were redirected into providing support to Humanitarian Assistance and Risk Reduction (HADR) and counterterrorism/counter-narcotics operations. Second, when the construction of the EDCA-related facilities was announced, President Duterte raised wild and unfounded accusations that the US was building arms depot that could store nuclear tip weapons. This policy caused major delays in the implementation of EDCA-related projects.

If Secretary Lorenzana wants a clear and credible US security guarantee under the MDT, he and the defense and foreign policy community should push for the full implementation of the EDCA in the remaining months of the current administration. The agreement’s designated agreed locations, if built and developed within the five PAF air bases, will become pivotal in kick-starting the alliance in terms of increased training and enhanced operability between the two allies.

More significantly, EDCA will also enable the US to honor its treaty commitments under the 1951 MDT to the Philippines in the face of China’s maritime expansion in the West Philippine Sea.