NOW that the bill creating the Second Congressional Commission on Education or Edcom 2 has lapsed into law, Congress should move quickly to convene it and start working. This development comes at a dire time, when the Philippines is suffering from “learning poverty,” according to the World Bank. It did note that the problem was happening around the world, as mentioned in a previous editorial. But for a young population hoping to capitalize on its so-called demographic sweet spot, Filipinos have no time to spare. 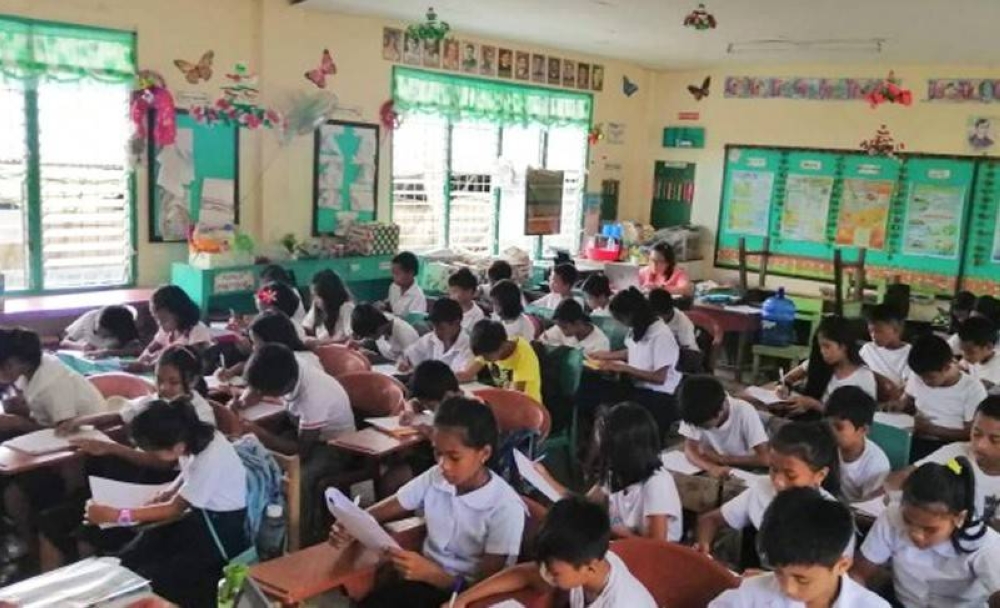 Fortunately, Congress seems to be on the move. On Friday, Rep. Mark Go, who heads the House Committee on Higher and Technical Education, told officials of the Philippine Association of Private Schools, Colleges and Universities or Papscu that initial discussions about Edcom 2 were already taking place. He said he would work with the private education sector to address many issues facing the country today.

Hopefully, other lawmakers will be as open as Mr. Go to working with the private-education sector. Its partnership with the public education system is actually enshrined in the 1987 Constitution, which mentions complementarity between the two systems.

Given the scope of the education crisis, the government will be less effective in resolving it without help from the private sector. Better yet, implementing complementarity should be high on the Edcom 2 agenda. Ever since the current Constitution was adopted, there has never been an enabling law on complementarity in education. And yet, it could have an immediate impact.

For instance, complementarity could eliminate, or at least dramatically reduce, classroom shortage and congestion in public schools. Proof of this is already happening, thanks to the vouchers given by the government to some learners who can use them to enrol in a private school. But in many cases, the monetary value of the vouchers is not enough to cover the full tuition. Learners either pay the difference or some schools accommodate them anyway, but at a cost below what they need to ensure quality.

If the voucher amounts could be increased and more of them could be issued, more students might choose to enrol in private schools, if there is one in their community. That will benefit public schools, most of which are overpopulated with students.

Most private schools have the capacity to take in more learners, many of whom have, in fact, transferred to public institutions because of economic hardships caused by the pandemic. And if enough students transfer, classes in public schools might get smaller, which, of course, helps improve the quality of education. Or at least, reducing class sizes creates a better learning environment.

Of course, there is no such thing as a “silver bullet” against serious problems. Improving the quality of education will actually require several policy interventions, but complementarity will likely be among the obvious options. After all, education sector leaders and several policymakers have been talking about it for decades, regretfully with little to show for it.

Recently, Sen. Sherwin Gatchalian said he was looking forward to major developments in education. He sponsored the law creating Edcom 2, Republic Act 11899, in the previous Congress, and he now heads the Senate Committee on Basic Education, Arts and Culture.

Referring to Edcom 2, he said in a statement, “This national assessment will recommend transformative, concrete and targeted reforms to make the Philippines globally competitive in both education and labor markets. It will also recommend specific, targeted and time-bound solutions to enable education agencies to improve their performance vis-à-vis measurable indicators and deliver accessible, inclusive and quality education that is at par with world standards.”

That sounds great. But it should be noted that Edcom 2's work will take years to complete. Meanwhile, lawmakers should initiate some improvements now. After all, many of the problems mentioned in education circles have been debated for years. Lawmakers should not wait for Edcom 2 to validate all of them.

Fortunately, Senator Gatchalian and Representative Go know the urgency of the situation. Hopefully, they can sway others to act now to arrest the opportunity losses that impact present and many future generations.