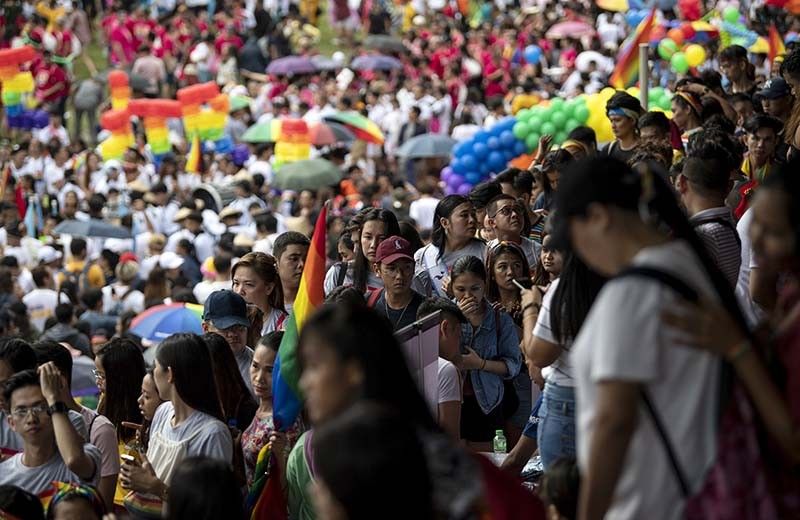 MANILA, Philippines — The House human rights committee approved Thursday a bill that would ban discrimination based on a wide range of factors including sex, sexual orientation, gender identity and expression (SOGIE), ethnicity, race and religious belief.

With the bill clearing the committee, it will now be up for debates in the plenary before it is voted upon by all members of the House.

If passed into law, the proposal will penalize discrimination with imprisonment of six months to five years and/or a fine of P50,000 to P500,000, depending on the court.

The bill is seen as a compromise between conservative legislators and proponents of the anti-discrimination bill that is based on SOGIE alone, which has been languishing in the legislative mill for over a decade.

Still, conservative lawmakers, particularly Deputy Speaker Bienvenido Abante Jr., successfully pushed for the removal of the term “intersex,” used to describe people born with sex characteristics that do not fit with typical male and female bodies, from the definition of sex.

Including intersex in the definition of sex would have been a landmark recognition of intersex people in legislation, which currently only recognizes two sexes — man and woman.

Abante also attempted, but failed, to remove gender identity as one of the protected classes against discrimination.