THE Manila Times congratulates President-elect Ferdinand “Bongbong” Marcos Jr. (BBM), Vice President-elect Sara “Inday” Duterte-Carpio and the others who won in the last elections. We agree with outgoing President Rodrigo Duterte when he urged people to rally behind the country's newly elected leaders. They will need all the support that they can muster. 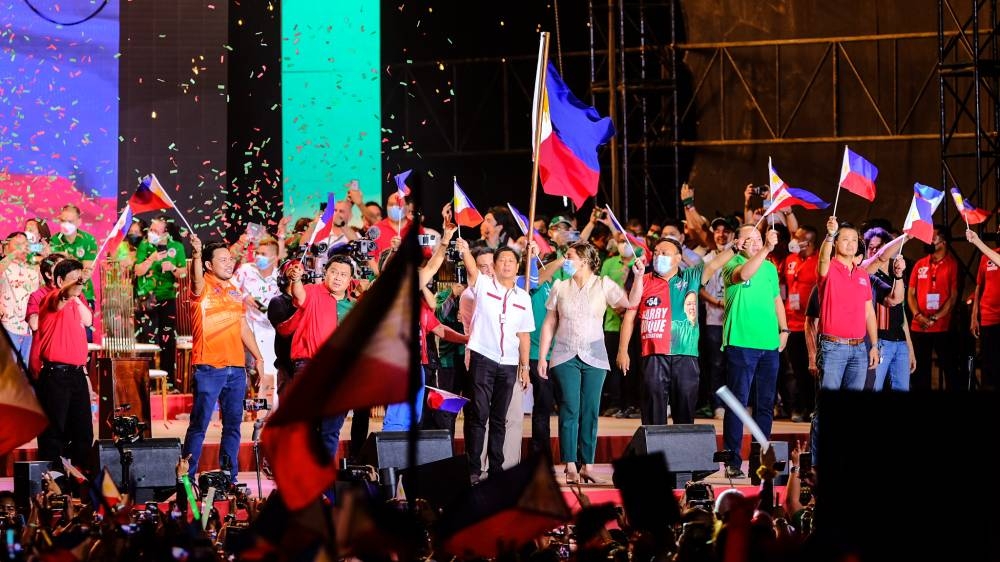 The incoming Marcos government, in particular, faces daunting challenges. There is, for instance, the lingering Covid-19 pandemic and a battered economy that is, like the rest of the world, trying to reclaim lost ground. Not only does the Philippines aspire to be an upper-middle income country, but the present and past governments also have been working to reduce the income gap, so as to make economic growth inclusive.

Of course, there are headwinds. As mentioned, Covid-19 remains, and while it seems to be under control, there is always the possibility of a new variant emerging and endangering even those who have been vaccinated. At least for now, as the Philippines transitions to an endemic phase, there seems to be general agreement that people simply have to live with this health threat. For now, though, we are not there yet.

Also, there is concern over inflation, caused largely by Russia's invasion of Ukraine. Soaring pump prices have pulled up commodity prices, while income levels barely adjust. For now, the central bank has fought off raising interest rates, perhaps knowing that doing so will hamper investments and consumption spending, which are needed for a rapid and robust economic recovery.

There are, of course, many other serious issues that will require our leaders' attention, like a sagging agriculture sector on the domestic front and the global problem of climate change. But as Mr. Marcos said during the campaign, unity is a precondition in crafting policies and executing programs needed to address critical issues.

Unity should not be confused with groupthink, though. The country also needs a credible opposition and independent media to challenge premises and suggest viable alternatives. We hope that the critics of the incoming government will consider a constructive approach, instead of simply frustrating the government and wishing it to fail.

Mr. Marcos, Mrs. Duterte-Carpio and their team deserve a chance to perform well. Regardless of the political colors one wore during the campaign, we all shall reap the rewards of their productive work and suffer the consequences of their shortcomings.

In the end, we are all Filipinos, hoping for peace and prosperity for our family. Or as the late US president John F. Kennedy said: “For, in the final analysis, our most basic common link is that we all inhabit this small planet. We all breathe the same air. We all cherish our children's future. And we are all mortal.”

Besides the poll winners, the Commission on Elections (Comelec) also deserves to be congratulated. The speed and efficiency at which the partial and unofficial counts became available surprised many. Thanks to that, a clear trend emerged even before midnight on Election Day.

Of course, the official canvassing is not yet completed. But so far, Comelec and various officials report that the elections have been generally peaceful and credible. Granted, there were reports of some violence and allegations of cheating, but there were noticeably fewer incidents than in past elections.

The Parish Pastoral Council for Responsible Voting or PPCRV and the National Citizens' Movement for Free Elections or Namfrel echoed Comelec's assessment of the polls. Also, several countries, notably the United States and China, have already congratulated Mr. Marcos and Mrs. Duterte-Carpio.

Still, some remain upset about a few vote counting machines (VCMs) malfunctioning, even though the Comelec quickly handled those problems. Fortunately, the VCMs have reached the end of their legally allowed lifespan, and the poll body said it would not use them again in future elections.

It remains to be seen whether the Comelec will recommend buying new VCMs or overhaul the system. Even before this year, alternatives have been suggested by electoral reformists. But of course, the work and debate on how to move forward will happen much later.

For now, we hope that Comelec can build on its success. Good job!