A former B.C. conservation officer who made international headlines in 2015 for refusing to kill two orphaned bear cubs is suing to get his job back and his lost pay returned.

In a new civil lawsuit and affidavit filed in late February, Bryce Casavant — who has spent five years fighting his union and employer to return to his job with the B.C. Conservation Officer Service — argues his dismissal has now been proven to be invalid.

The Port Alberni, B.C., man filed a petition to the B.C. Supreme Court on Feb. 23 asking that it force the province and conservation service to restore his employment.

“I just want to go back to work — it’s that simple,” said Casavant, 37, in an interview Tuesday.

He has always argued that a superior’s order for him to shoot two orphaned cubs was not legal.

Casavant received the emailed order on July 5, 2015, after he found the cubs in a tree.

It came after their mother had to be shot because she was raiding an outdoor freezer and entered a home near Port Hardy, B.C.

Instead of killing the eight-week-old cubs, Casavant took them to a vet.

Casavant said he was required to shoot the sow because it had entered a residence looking for food and garbage — but he argued he had discretion whether to kill the cubs or not, as there was no evidence they had been similarly habituated.

The cubs were transferred to the North Island Wildlife Recovery Centre and were named Jordan and Athena. They were later released into the wild.

WATCH | The cubs at the recovery centre 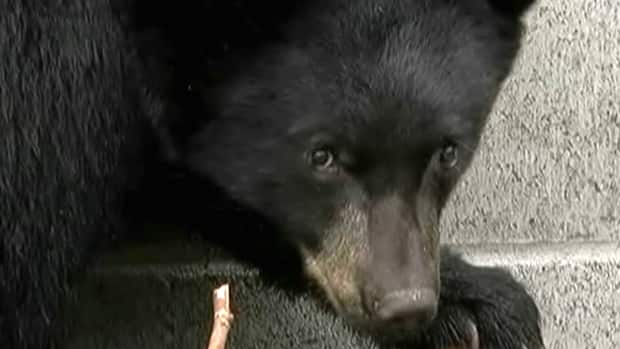 Caretakers say cubs are good candidates for release into wild0:43

Casavant was initially suspended, then dismissed and reassigned as a natural resource officer.

He challenged the initial arbitration settlement and the appeal of that ended up at B.C. Labour Relations Board, where it was argued that the arbitrator lacked jurisdiction in his case.

The case ended up in judicial review in the B.C. Supreme Court, and then the B.C. Court of Appeal, which ruled that Casavant was improperly dismissed from his job.

In late January, the Supreme Court of Canada dismissed an application by the B.C. Government and Service Employees Union to appeal the B.C. Court of Appeal ruling.

‘A constable cannot be ordered to kill’

Casavant’s lawyer says his client is legally entitled to reclaim his position — with a salary of approximately $55,000 to $75,000 — along with back pay.

“The process used to take his job was unlawful, so there is no reason not to give him his job back now,” said Arden Beddoes, adding that he can’t believe the fight has dragged on for so long.

The Ministry of the Environment — which oversees the B.C. Conservation Officer Service — said it was unable to comment on Casavant’s attempt to get his old job back, as the matter is currently before court.

Although he described the legal ordeal as “gut wrenching,” Comox, B.C.-born Casavant said he wouldn’t change his actions.

“I have always maintained that a constable cannot be ordered to kill — it’s an illegal order,” he said.

Casavant was a member of the Canadian Armed Forces and served as a military police officer in Afghanistan, but he retrained as a conservation officer so he could stay in B.C. after his daughter Athena was born with a serious medical condition in 2012.

In recent years, Casavant says he’s been working with a special Members of Legislative Assembly committee to reform and modernize the B.C. Police Act.

Last July he earned a doctorate for his research on the history of the B.C. Conservation Officer Service.

CBC Marketplace investigated these movers. Now police have arrested them

Her husband died awaiting surgery delayed by the pandemic. She says N.S. health care is broken

Cannabis N.L. online customers have been asked to consent to having their data transferred from …