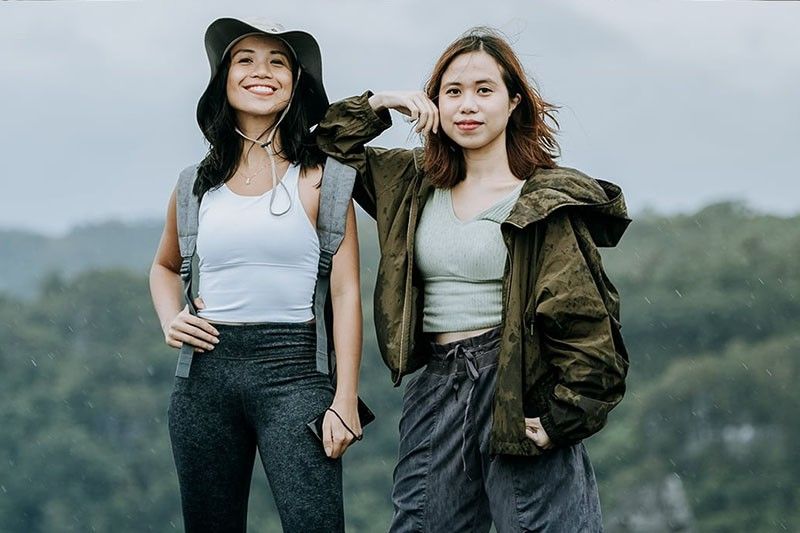 MANILA, Philippines — Two conservationists have been recognized by American magazine Vanity Fair for their efforts to protect Masungi Georeserve in Rizal and their approach to sustainable tourism.

Sisters Ann and Billie Dumaliang were listed among the winners of the magazine’s Changing Your Mind Awards 2021, which honored individuals who have “plugged on, undaunted” even as the coronavirus pandemic rages on and freedom is restrained.

The Dumaliang sisters were dubbed as “conservation starters” for helping rewild a degraded patch of land in Baras town, establishing monitoring trails and opening Masungi Georeserve to sustainable tourism.

Ann is the project manager of Masungi, while Billie serves as the trustee and advocacy officer.

“Instead of simply erecting signposts and training some guides, they dreamt up spectacular ways of exploring the region, long difficult to access because of the fragile terrain,” Michelle Jana Chan, Vanity Fair travel editor, wrote of the Dumaliang sisters.

“They connected rock formations with hanging rope bridges and eco-trails, offering aerial views of the karsts below and panoramic of the Sierra Madre,” she added.

The 430-hectare Masungi Georeserve is a conservation area known for its lush rainforest and rugged limestone peaks. It is also home to more than 400 species of flora and fauna.

But before it became an ecotourism site, it was once a patch of land degraded by real estate speculation, quarrying and illegal logging.

It took 20 years to restore the area using the assisted natural regeneration strategy or helping nature run its course. In 2016, it opened its doors to the public as a “low-volume” ecotourism site.

In 2017, Masungi entered into an agreement with the government to restore some 2,700 hectares of land around the limestone foundations.

The works of the people behind Masungi during the pandemic were also featured such as their campaigns and petitions to protect the nature reserve after a quarrying company fenced off 500 hectares of the reforestation site. In October last year, they faced the same threat.

After it was shut for months due to the pandemic, Masungi is gradually reopening by entertaining limited number of visitors.

In an interview with Philstar.com, Billie said it is an honor to be picked by Vanity Fair.

“It reaffirms us and pushes us to continue fulfilling our purpose: changing hearts, changing minds, and inspiring action among stakeholders and leaders to protect an entire landscape against harmful and short-sighted activities,” the younger Dumaliang sister said.

“This recognition really goes out to everyone in our team, from supervisors, park rangers, volunteers, collaborators and community partners, who have stayed courageous and passionate throughout the pandemic and despite our challenges on the ground,” she added.

Billie also said it is their hope the award will help put spotlight on the work of people who protect the 26,000-hectare Upper Marikina River Basin Protected Landscape.

“We hope this award will help shine light on an entire movement of citizens that seeks to protect the Upper Marikina Watershed from quarrying, land grabbing, and other environmental injustices, in order to have a healthier, safer, and more sustainable future for Filipinos,” she said.