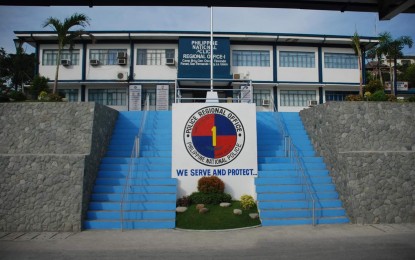 MALASIQUI, Pangasinan – The Police Regional Office in Ilocos Region (PRO-1) is set to turn over potable water sources to two villages in two towns in Pangasinan under the Patubig ng Pulis project.
In an interview Tuesday, Pangasinan Police Provincial Office (PPPO) information officer Maj. Arturo Melchor II said the two first recipients of the project are from Sual and Natividad towns.
“Ito ay identified na mga lugar na walang malinis na source ng inuming tubig. Nasa bulubunduking bahagi sila kaya hirap sila sa tubig. Kabilang din sa kanilang lugar ang mga minority groups (These were identified areas without a source of clean drinkable water. They are in mountainous areas so water source is scarce. Also parts of these villages are minority groups),” he said.
Melchor said each of the water sources, composed of motorized (jetmatic) water pumps and deep wells, costs almost PHP100,000 funded by the Philippine National Police through the PRO-1.
“It is a pump well that has a roof in order for the people to still be able to fetch water even when it is raining,” he added.
In a statement issued on Tuesday, Brig. Gen. Emmanuel Peralta said the project will contribute to the sustenance of a healthy and productive community.
“Water is an important nutrient of our body and in our way of life. In some areas of (the) Ilocos Region, scarcity of water supply seems to be a community problem,” he said.
He added this project will also aid the farmers in their agricultural needs.
Meanwhile, aside from the Patubig ng Pulis project, PPPO also holds Barangayanihan.
Through Barangayanihan, police officers provide relief packs to indigent residents in selected villages.
The relief packs contain six kilos of rice, canned goods, noodles, and milk, among others. (PNA)