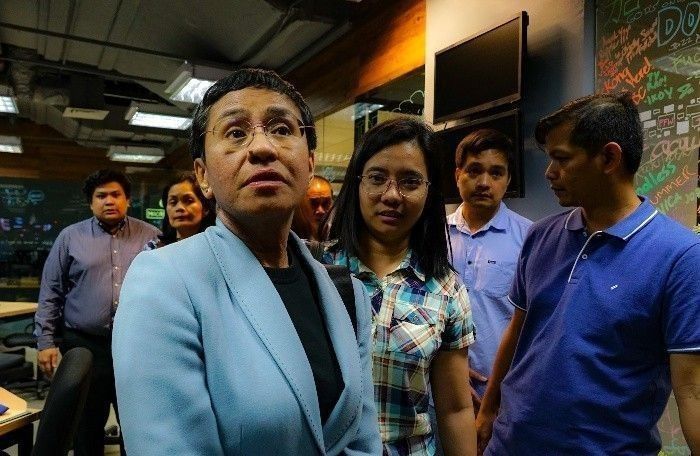 MANILA, Philippines — A Makati court has dismissed the cyberlibel charge against Rappler CEO Maria Ressa after businessman Wilfredo Keng, private complainant, moved for the dismissal of the case.

In a one-page order on Tuesday, the Makati Regional Trial Court Branch 148 granted the Manifestation with Motion filed by private prosecutors of Keng, under the supervision of Senior Assistant City Prosecutor Victor Aguba, praying for the dismissal of the civil and criminal aspect of the case.

The court also directed the release of the P24,000 bail Ressa posted for the case.

In the Manifestation with Motion Keng filed through his private prosecutors, he told the court he would redirect his focus on helping out in the pandemic instead of pursuing the prosecution of the case.

“As such, the private complainant respectfully informs this Honorable Court that there is no longer any need for him to testify in the above entitled case, nor present any other witness on his behalf,” he told the court.

Lawyer Theodore Te, representing Ressa, did not raise any objection to Keng’s manifestation.

“The public prosecutor manifested that with the private complainant turning hostile to the cause of the prosecution, the prosecution can no longer prove the guilt of the accused beyond reasonable doubt,” the court also said.

In a statement, Ressa welcomed the dismissal of the case. She said: "I'm glad to hear good news. I look forward to seeing the rest of the cases against me and Rappler dropped in the future.”

This is the second cyberlibel case against Ressa, which also stemmed from a complaint filed by Keng.

In this case, Keng assailed Ressa’s tweet on Feb. 19, 2019 where she posted screenshots of a now-deleted article of The Philippine Star, posted on the Philstar.com website. The Makati prosecution found probable cause to charge Ressa in December 2020.

The charge came months after the Manila court convicted Ressa and former Rappler researcher Reynaldo Santos on cyberlibel over an article that also involved Keng.

Ressa is facing a third cyberlibel charge, with a Rappler journalist as co-accused, over a story detailing an alleged payment scheme by a college professor in Manila for students to complete the requirement. — Kristine Joy Patag

Barbados just got rid of the Queen — should Canada follow suit?