Court to Okada: Comment on plea to lift SQA order 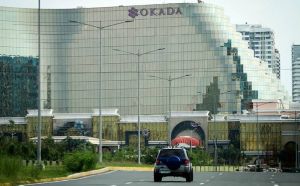 THE Supreme Court has ordered Japanese gaming tycoon Kazuo Okada to comment on the plea of Tiger Resort Leisure and Entertainment Inc.'s (TRLEI) directors and officers to lift the status quo ante (SQA) order the tribunal issued that stopped his removal as chief operating officer of Okada Manila.

He was also asked to comment on the motion for reconsideration filed by the TRLEI questioning the Supreme Court ruling.

The TRLEI is the operator of the casino hotel and resort located in Parañaque City.

Its directors and officers were ordered by the court to maintain the status quo prevailing prior to Okada's removal as stockholder, director, chairman and CEO.

On Aug. 29, 2018, Okada filed a complaint for declaration of nullity of removal as a stockholder, among others, before the Regional Trial Court (RTC) of Parañaque City.

In November 2018, the RTC dismissed the complaint on the ground that it is an election contest, which should have been filed within 15 days from the alleged date of his unlawful removal as an offer of the company.

Okada brought the case before the Court of Appeals, which turned down his complaint, as well as his motions for reconsideration, prompting him to elevate the case to the Supreme Court.

Last month, the high court issued a SQA order, paving the way for Okada to regain a foothold in the company.

However, Okada Manila's bank accounts were frozen because of the intra-corporate dispute.

BDO required the previous TRLEI board led by Tokuda and Byron Yip, and the one constituted by Kazuo Okada, led by Filipino businessman Antonio “Tonyboy” Cojuangco and Dindo Espeleta, to sign an agreement to disburse the salaries of the employees of Okada Manila.

Elamparo revealed that “despite being on the right side of the law, the legitimate board of TRLEI decided to draft and sign the agreement, understanding that the welfare of the employees is at stake.”

“However, the camp of Kazuo Okada was not keen on signing the agreement, imposing unreasonable conditions,” she said.

Okada, however, said that the bank freeze announced by Elamparo will have “no effect at all on Okada Manila's commitment to its partners and valued patrons.”

“Management is closely working with the banks in order to provide continued support to Tiger Resort Leisure and Entertainment Inc.'s business needs,” Okada said in a statement sent to The Manila Times on Monday.

“There will be no disruption of business operations in Okada Manila because everything has been business as usual since [we] took over,” he added.