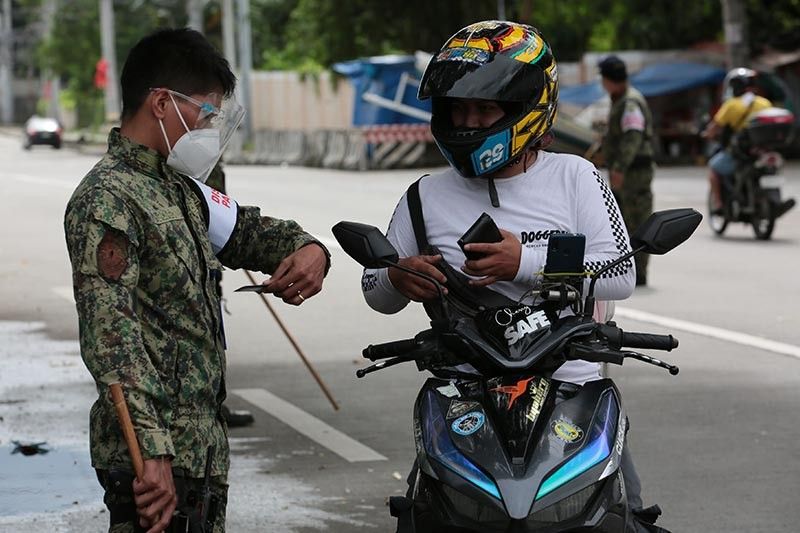 Personnel of the Quezon City Police conduct Oplan Sita along St. Domingo St. in Quezon City a day ahead of Christmas week on December 20, 2020.

The government has been urging the public to remain vigilant and continue observing health protocols as health authorities were already seeing indications of possible surge.

Davao City posted the highest number of additional cases with 151. It was followed by Quezon City with 142, Rizal with 85, Laguna with 81 and Manila City with 77.

The number of recoveries also rose by 82 to 429,207. Total recoveries accounted for 93% of the nation’s confirmed cases.

Ten more people succumbed to the respiratory illness, bringing the death toll to 8,957.

Monday’s count did not include submissions from five testing laboratories that failed to submit their data on time.

The DOH, citing report from the Research Institute for Tropical Medicine, said there is no new strain of coronavirus in the Philippines. This, after the United Kingdom confirmed that a new fast-spreading variant of the virus has been detected in Britain.

“But of course, we will be furthering this monitoring,” Health Undersecretary Maria Rosario Vergeire said in a briefing Monday.

The Philippines has the second highest largest number of COVID-19 cases in Southeast Asia behind neighboring Indonesia.

Globally, the novel coronavirus has infected over 76 million people and caused 1.69 million deaths since it first emerged in Wuhan, China late last year.