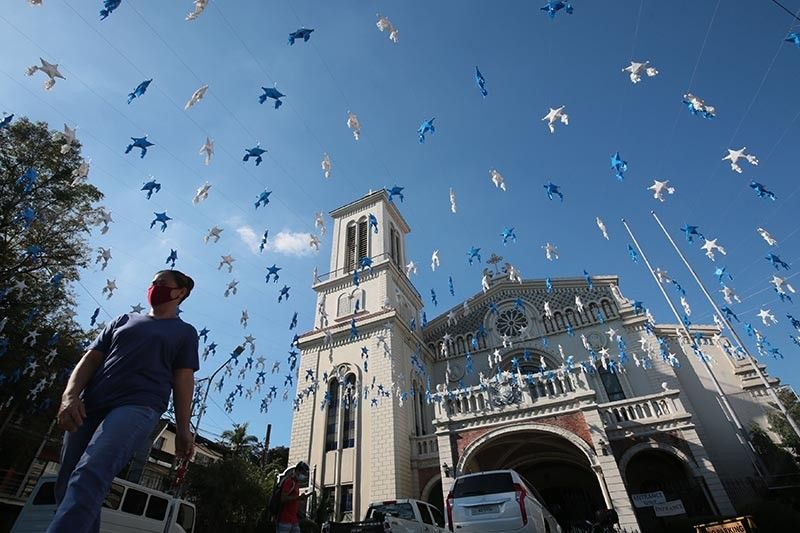 A woman walks outside the Immaculate Conception Cathedral of Cubao in Quezon City on December 14, 2020.

Davao City recorded the most number of new infections with 126. It was followed by Quezon City with 66, Rizal with 64, Bulacan with 56 and City of Manila with 38.

Researchers studying the coronavirus outbreak in the country earlier projected that COVID-19 cases could reach 480,000 by end-December.

But 21 more fatalities were reported, pushing the death toll to 8,833.

Wednesday’s figures did not include data from five testing laboratories that failed to submit results on time.

The government’s inter-agency task force on coronavirus response is now requiring people to wear full-coverage face shields on top of face mask. This new rule was introduced at a time when the government braces for a surge in COVID-19 cases due to the Christmas and New Year holidays.

Globally, COVID-19 cases have reached 73 million, including over 1.6 million deaths.