COVID-19 didn’t overwhelm Africa as some feared. But Uganda is a cautionary tale of rising risk

With public and private transportation banned at the time, and ambulances few and far between, it was one of the few vehicles on the road.

A volunteer health worker, Bugembe used a permission connected to his work with an NGO to get through the security checkpoints enforcing the lockdown in order to ferry people in need to hospital on the back of his bike.

He also delivered medicine, a vital service in a country where 1.4 million people are living with HIV and where malaria is the leading cause of death.

“The existence of COVID-19 didn’t stop people from suffering from other diseases. But it was very hard for someone to travel to the hospital,” he said.

Bugembe’s empathy is not hard to locate. He lost his wife to a brain tumour just months before the pandemic, leaving him a single parent to their two children.

After the government imposed its lockdown on March 31, permissions were required from often absent or unavailable officials. In an emergency, said Bugembe, people sometimes had to simply try their luck and hope for a sympathetic soldier or police officer.

Critics have blamed the lockdown, the most intense version of which lasted several months, for unnecessary deaths in Uganda. Blood banks reported shortages, and at least seven women died in labour because they couldn’t reach medical help, according to the Women’s Probono Initiative, a non-profit legal aid organization based in Kampala.

But predictions that COVID-19 would completely overwhelm African nations with seriously fragile health-care systems have not, for the most part, been borne out. At least not yet.

“What is happening in Uganda and many African countries [is] the infection may be spreading, but most of these [cases] are asymptomatic or mild,” said Prof. Pontiano Kaleebu, executive director of the Uganda Virus Research Institute (UVRI) in Entebbe.

Infections in Africa account for 3.4 per cent of the 72 million COVID-19 infections recorded around the world, according to figures released Thursday by the Africa Centres for Disease Control and Prevention (Africa CDC).

And a World Health Organization study released in September found that 80 per cent of the cases in Africa have been asymptomatic.

Kaleebu points to both the warmer climate and the high proportion of young people across the continent as contributing factors to limiting the pandemic’s deadly impact. Another theory, he said, is that Africans might have existing immune responses because of heavier exposure to some diseases, including other coronaviruses.

“I believe there are more people infected,” said Kaleebu, “but they have not been tested.”

However, he doesn’t believe there is a corresponding unseen higher mortality rate, he said.

“We cannot be missing the very severe cases that need intensive care, oxygenation and ventilation. I don’t think we are missing them.”

An assessment last February by Makerere University found that in a country of about 42 million people, there are only 55 functional ICU beds, most of which are in the capital, Kampala.

Africa CDC’s report this week pointed to Uganda as one of the five African countries reporting the highest number of new cases over the previous week, along with South Africa, Morocco, Tunisia and Libya.

Uganda’s Health Ministry reported 16,563 infections between March and November, but there has been an increase of 12,798 cases in the past month alone.

“There’s been a lot of increased spread and it is getting out of hand,” said Dr Julius Lutwama, who heads the UVRI’s department of emerging infectious diseases.

“Now, given the political situation where there is campaigning going on and people [gathering] in big numbers, people are not putting on masks, people are not distancing, so the spread is becoming more and more.”

Ugandans will vote in presidential elections next month. Opposition parties have accused the government of using COVID-19 restrictions to shut down their campaign events and arrest their candidates while ignoring violations by President Yoweri Museveni’s National Resistance Movement.

Museveni, in power now for 34 years, is seeking a sixth term.

In addition to all the other work it does on virus sequencing, immunization and emerging infections, the UVRI in Entebbe has become Uganda’s main testing centre for COVID-19.

Lutwama says they are processing up to 1,500 tests a day. But with so much asymptomatic spread out in the community, it’s difficult to get a true picture of what’s happening.

WATCH | The National’s report on COVID-19 in Uganda: 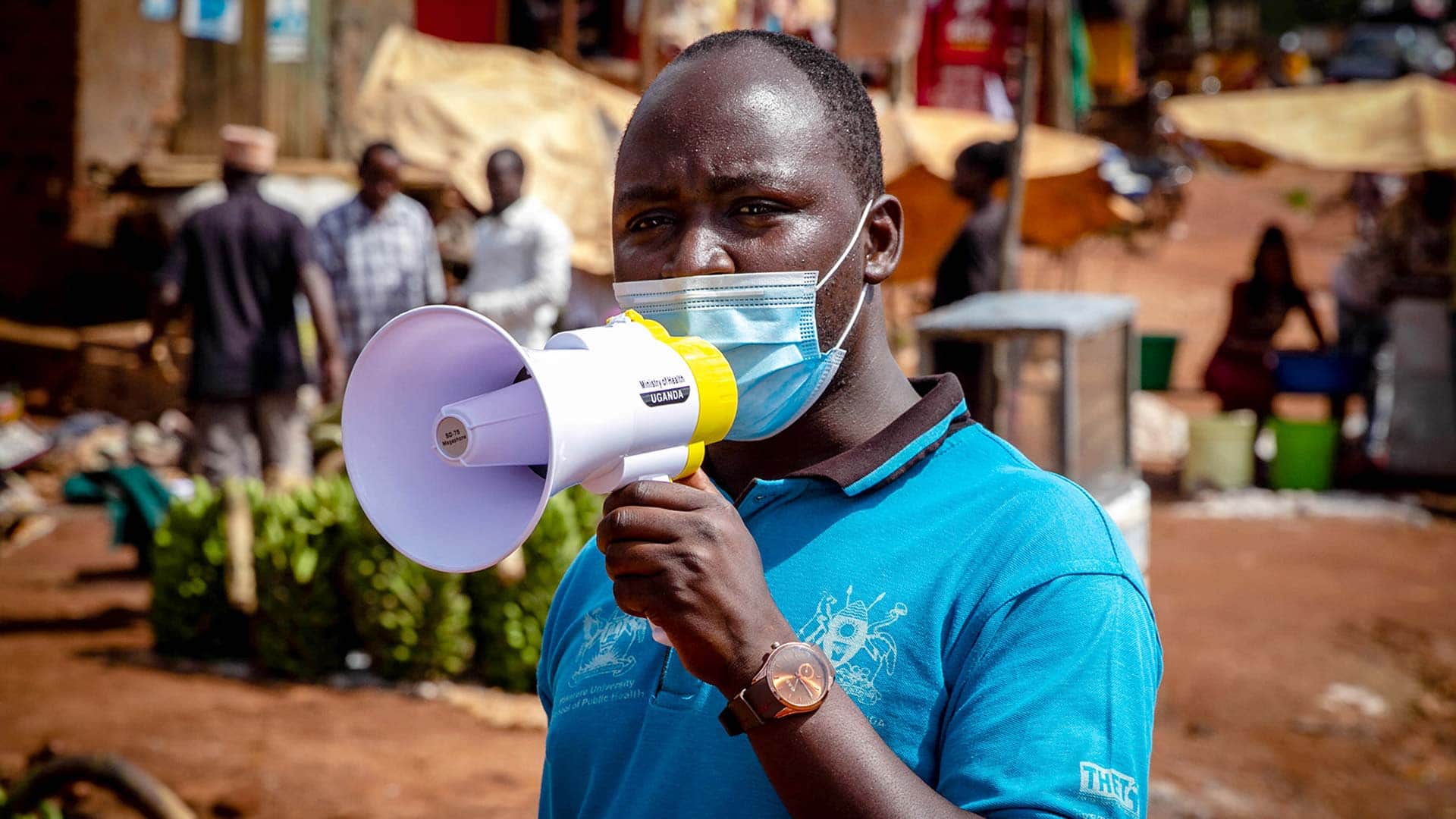 COVID-19 hasn’t had the devastating impact on Uganda that many expected, but doctors say it wouldn’t take much of a spike to overwhelm the country’s hospitals that have only 55 intensive care beds for 42 million people.2:42

There is also evidence of a shift in attitude toward the virus among the public, with seemingly fewer people willing to listen to public health advice and stay home.

In the town of Rubuguri in southwestern Uganda, the tourism industry that’s been built up around the mountain gorillas of the nearby national park has come to a complete halt, severely impacting people’s ability to support themselves and their families.

There are signs in town warning of the dangers of COVID-19, along with a number of rudimentary handwashing stations, but few people are wearing masks.

“At first, they would wash, put on mask, stay home, even would have soldiers telling people, ‘Go back home,'” said Carol Magoba, a young mother and unemployed social worker.

“But now, it has become like any other disease. People are like, ‘Uh, what should we do? Should we die of epidemic in the house?'”

In the town of Nakawuka, Henry Bugembe uses a loudspeaker along the town’s main shopping street to raise awareness about COVID-19.

In the past, his volunteer health team would go door to door to talk to people, but that’s not allowed given the nature of the pandemic.

They can try to keep track of people who might be sick by phone, but not everybody has a phone, or electricity to keep one charged.

Bugembe and his loudspeaker draw a crowd of kids, but few adults stop to listen.

“Most people here don’t have work to do, people are just starving, so they don’t have money to buy masks,” he told the CBC.

Bugembe himself has few tools at his disposal. He and others who make up the village health teams aren’t paid salaries.

And both the loudspeaker and the red motorcycle came courtesy of a public health partnership between Makerere University in Kampala and the U.K.’s University of Nottingham Trent aimed in part at supporting Uganda’s community health-care workers.

Bugembe admits to being worried for Uganda.

“What if it turns the other way around, and we start [seeing] people being infected at a high rate and death? What can we do? Because it is a poor country.”

The worry has increased the focus on the role vaccines will play in Africa. 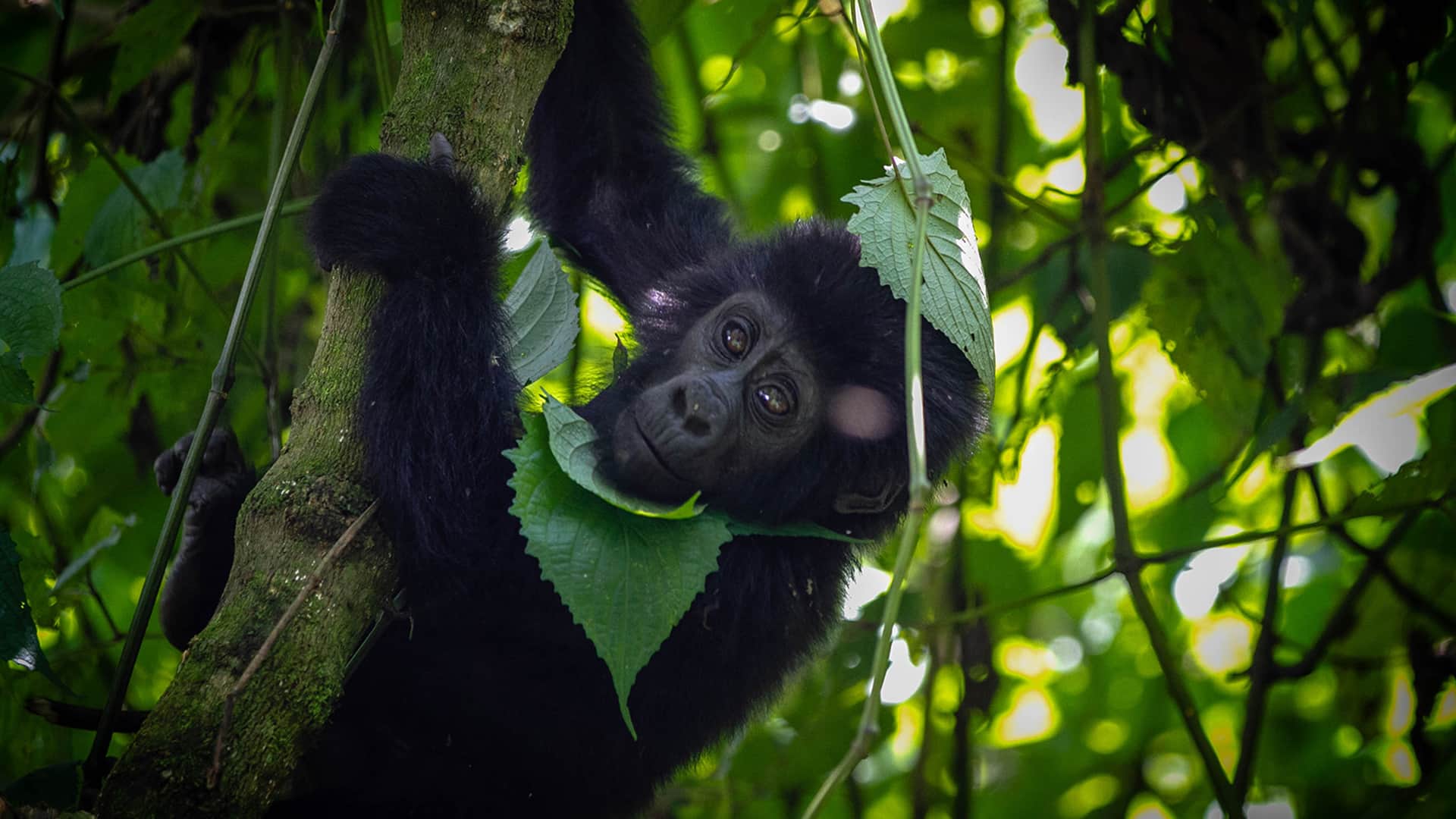 There are concerns that COVID-19 could undermine 40 years of conservation efforts to protect Uganda’s mountain gorillas. The CBC’s Margaret Evans, Lily Martin and Jean-Francois Bisson went to the Bwindi Impenetrable National Park to see the challenges of balancing tourism and protecting the animals.8:17

Concerns about arrival of vaccines

“I think there’s been international support now as we’re talking about vaccines. The discussions that are going on to ensure that low- and middle-income countries are not left behind.”

But that was before internal documents from Gavi, the global vaccine alliance that is partnered with the World Health Organization to ensure fair access to COVID-19 vaccines for poorer countries, were leaked to the Reuters news agency suggesting those efforts had a “high risk” of failure.

The documents, prepared for Gavi’s board of directors, cited lack of funds and supply risks as potential problems, Reuters reported.

Africa CDC’s goal is to vaccinate 60 per cent of Africans — more than 813 million people — a huge logistical challenge given the varied nature and circumstances of the continent’s 54 countries.

“The continent has never ever vaccinated more than 100 million people in [any] one year and we have to do more in 2021 to have a fighting chance against this pandemic,” Africa CDC director Dr. John Nkengasong said in a video news conference on Thursday.

“We are working hard, as much as possible, to ensure that the continent is not left behind,” he said, while admitting he didn’t know when they’ll be “putting vaccines in the arms of Africans.”

In the meantime, the fight against COVID-19 may well depend on people like Henry Bugembe.

Share
Previous Will the Queen meet any of her family outside at Christmas? How royal festive traditions change with the times
Next U.K. imposes tougher COVID-19 restrictions in England amid surging cases, new virus strain