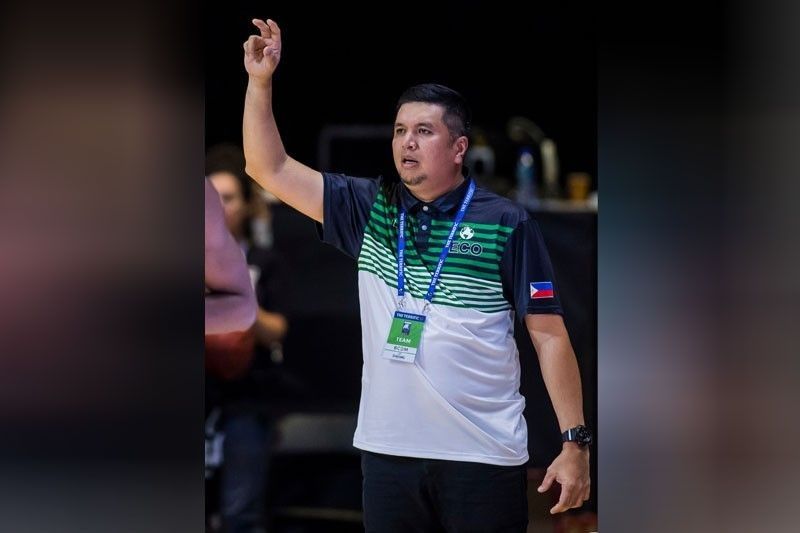 MANILA, Philippines – After his last stint with Phoenix in the PBA where he was let go after being unable to break through the quarterfinals, Ariel Vanguardia hoped he’d get one more shot in the Philippine Basketball Association.

“It’s both a goal at the top of the Philippine basketball coaching profession, and unfinished business,” quipped the coach in an interview three months ago.

Vanguardia knew that what got him his first PBA stint was his stellar work with the Jose Rizal University Heavy Bombers and then Westports Malaysia Dragons, who he led to the NCAA title game and the Asean Basketball League championship, respectively.

“Maybe I have to go through that route again,” he postulated in that interview.

True enough, Vanguardia was set to take an assistant coaching job in Denmark but was unable to join the team’s head coach in Las Vegas in the United States last August because he contracted COVID-19.

“That was a scary moment for me,” bared the veteran coach who spent six days in a hospital and a couple of weeks recuperating. “COVID-19 is real. Everyone should take precautions.”

Vanguardia was fully vaccinated when he contracted the virus.

All healed up, Vanguardia received a call from Blackwater to take over the reins from former coach Nash Racela, who was let go after the Bossing ended the All-Filipino tournament with an 0-11 slate and an 18-match losing streak.

“One of the things I want to do is to change the culture,” said Vanguardia in an interview last Sunday evening, September 19. “I was also an assistant with Blackwater and I haven’t felt that the players are proud wearing its colors. I think it has to start there.”

“We need to establish our identity as a team. Who are we? What are we known for? I think that should be a priority. I believe that when there is that pride, the attitude changes and winning will take care of itself. But of course, aside from culture building, we need to work on defense, offense, chemistry. Lahat.”

Vanguardia has been known to turn the performance of his teams.

When he joined JRU, the Heavy Bombers were eighth in the NCAA. By the time he left, they were second in the league and went to the title game where they unfortunately fell to San Beda.

The Dragons were at the bottom of the ABL and Vanguardia took them to a championship.

The Fuel Masters were 11th in the PBA and his best finish was at sixth spot and made the playoffs twice.

The task is just as Herculean with the Bossing. And his bout with COVID-19 has given him pause and time to reflect on his life and what matters.

“One challenge after another and this (situation with Blackwater) is very challenging,” he noted. “But I am used to it. We need to do a lot of work.”

The work for Vanguardia and Blackwater begins this October when the players return to practice.

Share
Previous At the WorldPride 2021 in Copenhagen and Malmö
Next LGBTQ issues lacking in federal election, say voters from Sask. community