2020 was one for the record books for obvious reasons, but it’s safe to say, it was also the year of the K-drama.

Netflix, a top source for Korean content among Filipinos, said that the Philippine audience binge-watched K-dramas like never before as viewing surged to 350 percent in 2020 compared to 2019.

The streaming giant said that while Crash Landing On You set the tone for the year, it was Lee Min Ho’s comeback, The King: Eternal Monarch, that reigned supreme as the most popular K-drama among Filipinos in 2020.

Filipinos also loved, as expected, the zombie thriller Kingdom: Season 2 and the mental health-themed series It’s Okay To Not Be Okay, which became the “most enduring” title on Netflix Philippines for 2020 after it lingered in the Top 10 for 103 days. 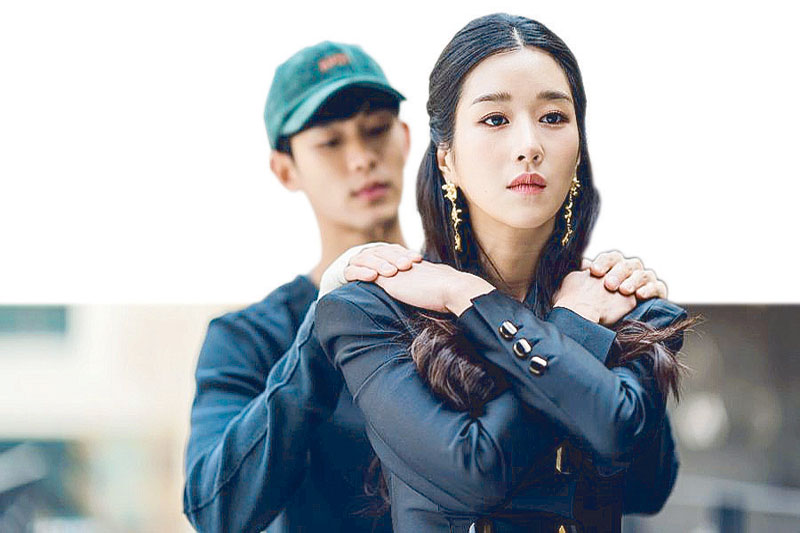 It’s Okey To Not Be Okey

Other K-drama hits were Itaewon Class, Start-Up, The World of the Married, Record of Youth, Extracurricular, The School Nurse Files, VIP and Hi Bye, Mama!

“Let’s say destiny brought us together. Let’s put it that way.” Quote’s from Crash Landing On You but no wonder really, if that’s how people would also feel about K-dramas — how they seemed fated to help many of us get through the stay-at-home orders, stresses and challenges of the year of COVID-19. As a media person, 2020 was also memorable because The STAR had never covered that much K-drama press junkets — specifically those aired on Netflix — in a year. As interviews went virtual, more opportunities opened up for Filipino reporters to interact with these stars.

Here’s looking back at some highlights.

Crash Landing On You (CLOY) was the last face-to-face foreign press junket we covered, December 2019 to be exact, but its impact lasted through the first quarter, or maybe throughout 2020 as the cross-border romance about a South Korean heiress Se Ri (Son Ye Jin) crash-landing into the arms of a North Korean army captain Ri (Hyun Bin) held many captive. It became such a hit that telco giant PLDT-Smart was willing to shell out an amount we can only imagine how much to sign up both lead stars as endorsers mid-2020. (Another K-drama endorser for PLDT-Smart is Park Seo Joon of Itaewon Class.) 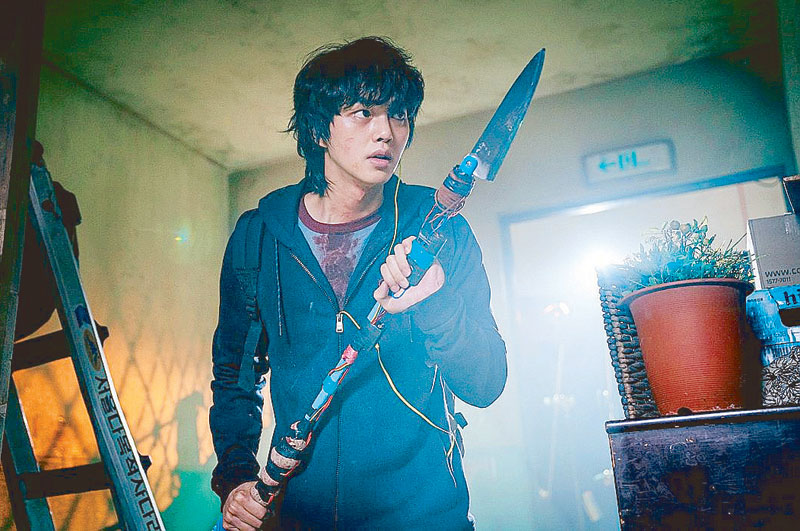 It was during the CLOY presscon that the stars personally addressed dating rumors and how these affected their decision to work together again after the 2018 film Negotiation.

Hyun Bin: “I couldn’t control the way things happened, but we laughed it off, and I don’t think it affected my decision in any way nor did I feel uncomfortable joining the project. 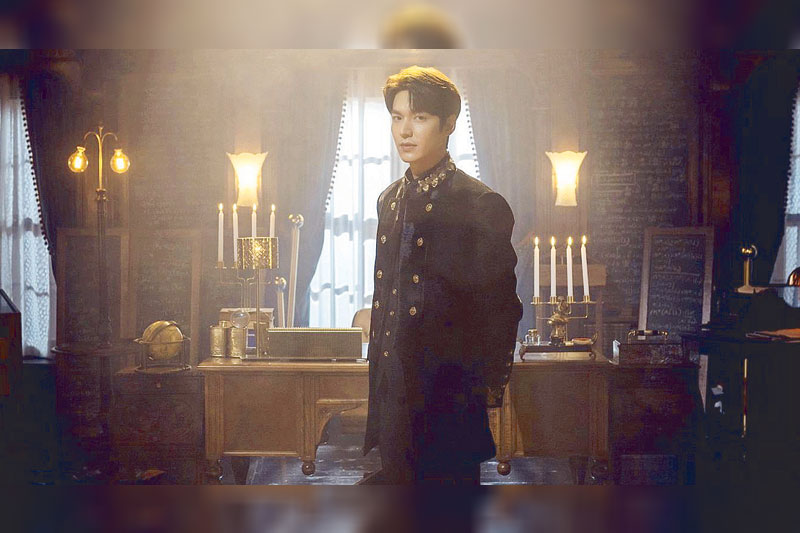 “I’ve been learning a lot working with her and seeing things that I probably wouldn’t have been able to see. She has a lot of great ideas as an actor, and that inspires me as her co-worker.”

Son Ye Jin: “I feel the same way. I think he explained it pretty well. Working on the previous project with him, I wanted to do a good romantic comedy or romance with Hyun Bin. I loved the script and only felt that we could make a great series together.

“It’s actually very rare for actors to co-star in a project again after working on another one. In that sense, I feel like this project is meant to be for us.”

Meanwhile, one of the first virtual presscons The STAR attended was for the period drama Kingdom as “part of Korea’s national effort for social distancing to prevent further spread of COVID-19.” At that time, early March, South Korea was reported to have the most number of cases after China, and here was the highly-anticipated Season 2 of the certified global hit that told of a mysterious, infectious disease spreading across Joseon Dynasty. But no COVID talk during the roundtables.

When The STAR asked about the show’s present-day relevance, Ryu Seung Ryong who played a power-hungry minister in the series said, “We try to portray what is most unique to Korea. And, I think, what we tried to do was to unravel a story that could resonate with everybody despite time and space in the most beautiful setting, wearing the most beautiful wardrobe and creating everything that is most Korean and that happened to be Joseon.”

The King: Eternal Monarch stirred excitement among K-fans because it was the comeback vehicle of “K-drama king” Lee Min Ho after his three-year mandatory military service. He played the ruler of the fictional kingdom of Corea.

The 32-year-old star told us then in a Zoom interview: “After the three-year break, on my first day of shooting, I really didn’t feel unfamiliar to the set at all. In fact, I had this one feeling that I was right at home. I felt like I was where I was supposed to be. But soon after that, I think I was more focused on how I really wanted to make this even better.”

Another anticipated acting comeback was that of Kim Soo Hyun in It’s Okay To Not Be Okay, a series that tackled adult autism, anxiety, mental health, childhood trauma, etc.

The 32-year-old rom-com star served three years in the military like Lee Min Ho. “While serving in the military, I really had this thirst to be on screen again and to act. And I’m really grateful that It’s Okay To Not Be Okay has become my first one.”

Oh Jung Se: “There’s a line from the drama that says, ‘There are more patients out there who aren’t wearing hospital gowns.’ If you meet someone like Sang-tae, who is on the autism spectrum, on the street, I think it would be nice if people could think, ‘I would like to be with that person,’ instead of, ‘I would like to help that person.’”

Seo Ye Ji: “Our drama narrates difficulties endured by people and one of my favorite narrations is: ‘Overcome it. If you don’t overcome it, then you’re nothing but a young child whose soul can’t grow.’ I hope that viewers can feel hope and courage to overcome everything through watching our drama.”

The School Nurse Files was a standout interview because it gave a glimpse into what it’s like to be a female filmmaker in the entertainment powerhouse that is Korea. The mini-series had a strong girl power vibe because of its female director, screenwriter and lead character, a monster-fighting warrior played by Train To Busan actress Jung Yu Mi.

Director Lee Kyoung Mi has been multi-awarded for her female-led works, but she readily admitted that projects for lady directors are still limited. She said, “The stories which are in talks to be created into films, most of them are about men and are male-centric, so I’ll be way behind in the list of directors who get contacted. That’s why I started writing my own films to direct, perhaps that’s why my female characters are so angry.”

One of the K-series that premiered in the last quarter of the year was Start-Up. Topbilled by K-drama favorites Bae Suzy and Nam Joo Hyuk (who was also in The School Nurse Files), the show was about young people going after their dreams in the world of start-up companies.

Director Oh Choong-hwan got personal about how the making of the series helped him deal with the pandemic. “Due to the coronavirus pandemic, these are tough times not only for us, but for many people. However, working on this series actually comforted me and helped me heal. I feel that this is the kind of energy people who watch our drama will feel. I hope that viewers can feel comforted, heal some wounds, and cheer up people who are feeling down.”

The K-drama continued to venture into the zombie/monster/virus territory with Sweet Home to end 2020 with a resonant bang. With the intention to take K-content to the next level for a growing global audience, director Lee Eung Bok (the man behind the overseas hit Descendants of the Sun) teamed up with Netflix to form a global VFX team — Hollywood’s Legacy Effects and Spectral Motion and Korea’s Westworld — for this creature genre series.

Despite being heavy with monsters and fear factor made relatable by the times we’re in, actor Lee Jin Wook said the show was all about being grateful to be alive. “I would have to say, (the takeaway is) how precious it is to be able to share what we are currently able to share with those around us, and also how we should be grateful of the fact that we are alive and how important it is to be human.”

People have different reasons for loving and connecting with K-dramas, whether for the stars, the storytelling or some other explanation.

But if the 2020 offerings are any indication, there’s reason to look forward yet again to what’s in store this 2021. The new year, by the way, started with good news for K-drama fans as CLOY’s Hyun Bin and Son Ye Jin were confirmed to have taken their onscreen romance to the real world. True, we could all use some fictional, feel-good, pure escapism stuff during these trying times, but a real-life continuation of a happy ending is much more welcome anytime.