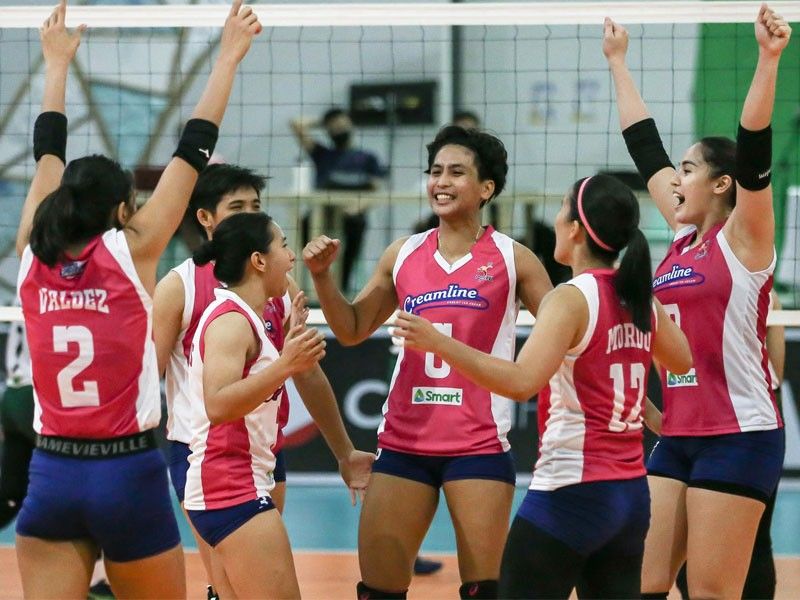 Spearheaded by Alyssa Valdez, the Cool Smashers gun for a fourth straight win against the Home Fibr Hitters at 1 p.m. while the Flying Titans, headed by Kat Tolentino, shoot for a third win in row against the Perlas Spikers at 4 p.m.

Choco Mucho coach Oliver Almadro stressed the need to play better because every win counts in this short conference that is implementing a single-round robin format.

“Every game is a must-win, hindi kami pwede mag let up, we have to prepare, work hard physically and mentally,” said Almadro.

Expected to also share the attention are the Perlas Spikers, who are finally making their conference debut after being held off due to a team member testing positive for COVID-19 more than a week ago.

The Water Defenders, for their part, should ride the crest of their giant-sized win over the Jaja Santiago-led Crossovers and skipper Graze Bombita should remain the focal point of the former's offense having unloaded a 24-point masterpiece in that most recent triumph.